Of late, the history of photography institutions in Europe and their role in shaping the medium there has become a topic. This is a most welcome development, given that much can be learned from looking at it. Long forgotten artists stand a chance to be re-discovered or at least re-evaluated, and the connection between European and American (or Japanese) photography also contains quite a few interesting aspects.

There are some interesting parallels between Berlin’s short lived Werkstatt für Photographie and Camera Austria, based in Graz. It’s likely the former might mostly be known in passing as an activity its founder and main teacher, Michael Schmidt, was engaged in. The latter, in contrast, is still with us, and familiarity with the name might come from the eponymous magazine.

A new book, a catalog published at the occasion of an exhibition dedicated to Camera Austria at Museum der Moderne Salzburg, now provides deep insight into what is billed as a “laboratory for photography and theory.” (Originally published in German, there now exists an English-language version. D.A.P. provide this link for the book.) 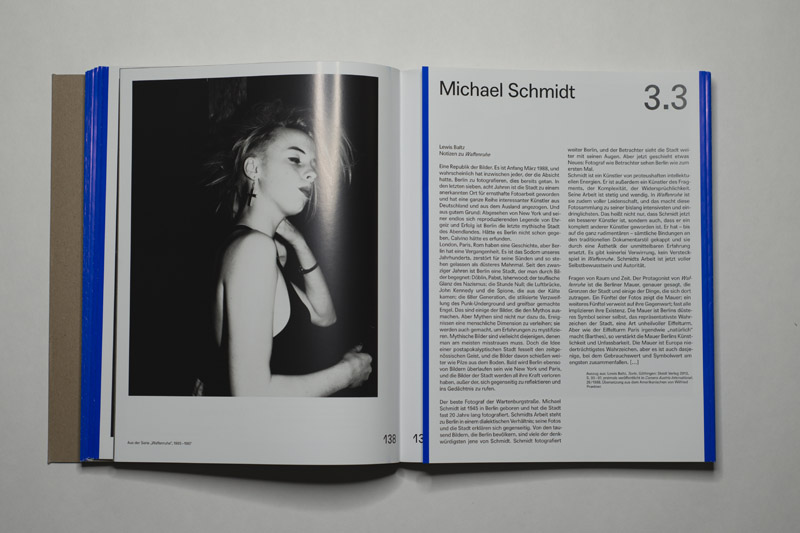 The book is organized into a number of essays that are followed by eight sections that each showcase the work of four or five artists under a general heading. These headings are Topography & Landscape, Image & Identity, Living Spaces & Representation, Composition & Deconstruction, Images & Politics, Research & Archive, Politics of the Image & Science, and Privacy & Public Images (please note that I’m working off the German version so I translated the headings).

As a general overview of the state of contemporary photography over the course of the past 40 years, the book is invaluable. Any book attempting to summarize the medium in roughly 250 pages of course will have to deal with artists to select and to exclude. The book works off the magazine’s archive, resulting in a variety of tremendously interesting inclusions (and, explicitly, exclusions). The usual suspects, of course, are present (Robert Adams, say, or William Eggleston), but so are a large number of lesser known artists. This is very refreshing.

Each of the eight sections presents an artist with their Camera Austria CV, a statement around their work (which might be a fragment from an earlier article in the magazine), a series of photographs (there’s a gatefold for every artist, which essentially adds a large number of additional pages), and reproductions of how the work was presented in the magazine. This is about as good as it can get, and it allows the reader to see the work in a variety of ways. 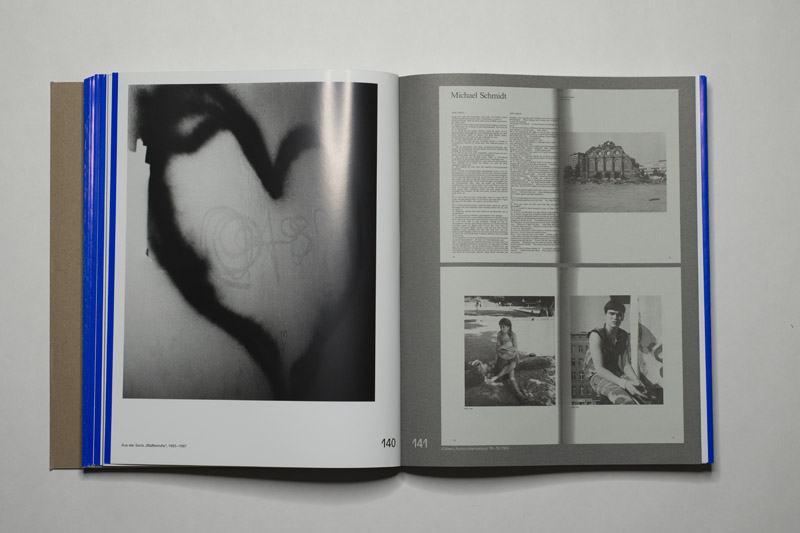 The highlight of the initial section of essays is a longer exchange of letters between Christine Frisinghelli (curator, author, and co-founder of the magazine) and Maren Lübbke-Tidow (author, curator, and editor). In their letters, both dive deeply into their thinking around photography and into the ins and outs of the magazine. I think a reader not familiar with the magazine will still be able to extract considerable information from the way these two authors discuss photography and the works of a variety of artists. The tone is a mix of being conversational and the kind of academic writing that strives for general comprehension (in other words, neither of the two authors attempts to dazzle the recipient — or reader — with meaningless inflated drivel just for the sake of it).

Taken together with the Werkstatt für Photographie catalog, Camera Austria allows the reader to get an understanding of how photography in Europe has been influenced by visiting artists from abroad, in particular the US but also (in the Camera Austria case) Japan. In fact, the same artists might go to Berlin first and then to Graz to do a workshop (or maybe the other way around). I feel that it is this area that will provide fodder for future books on the history of photography, especially since it will allow for the tearing down of conveniently lazy ideas concerning what, let’s say, “American” or “German” or any other kind of photography might be like. 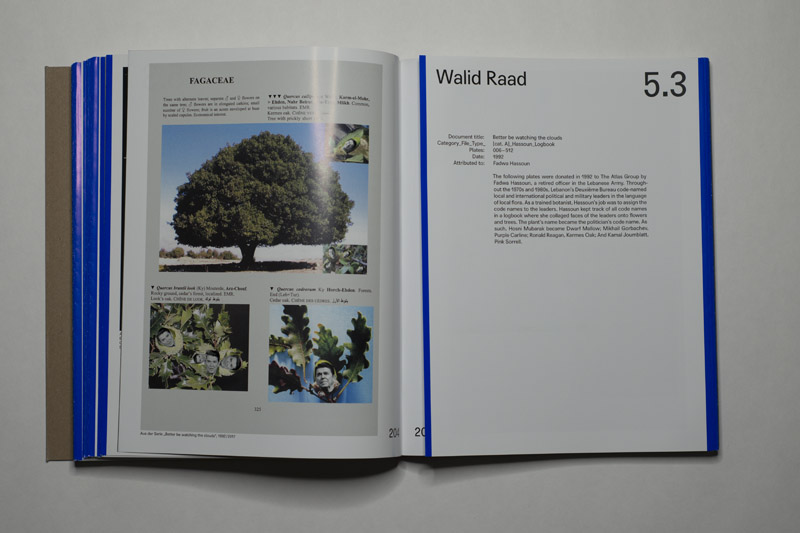 One final comment: my review of the book would be incomplete if I were to ignore the contribution by Leipzig based publisher Spector Books. The design and production of the book raises the bar of what a good catalog can look like considerably. How they managed to produce all these gatefolds and yet charge only 36 Euros for the book escapes me (well, I have some idea: it must be a combination of clever design that knows exactly how photobook production works).

In general, this particular publisher (whose books now thankfully have a US distributor) has been demonstrating how invaluable good design in combination with high-quality content can be when it comes to photobooks. Anyone not familiar with Spector Books might want to dive into their archives to see the vast range of incredible books they’ve made (I previously reviewed, for example, The Last Image, Enghelab Street — A Revolution through Books: Iran 1979–1983 — two catalogs — or Jens Klein’s Sunset).