Over the course of the past year I heard a photographer speak of how a good photograph would conjure up the sensation of smell: the viewer wouldn’t just be able to see what was in front of the camera, s/he would also be able to smell it. Unfortunately, I don’t remember the photographer’s name. I had to think of this idea again when I looked through the newly reissued Berlin-Wedding by Michael Schmidt.

One picture in particular brought me back to the era when the photographs were taken. On page 79, there is an outlier photograph. Where most of the pictures follow along New Topographics-style cityscapes or portraits, here, the viewer is presented with the inside of a telephone booth at the corner of Utrechter Straße and Malplaqetstraße, the door of which is half open (or half closed — your call). West German telephone booths reeked of three things, the coldly lingering smell of cigarettes smoked while engaging in conversation, the nastily brutish smell of the cold metal a user would be surrounded with, and then there were the telephone books that would swivel out of their storage to reveal the numbers that could be called.

Visually, that photograph is out of place in the book. But given the telephone booth’s smell, it might well be regarded as the image that sums everything up: this was the smell of West Germany, the rump country left over after World War 2 that had allied itself with the West and that in 1990 would gobble up the other German rump country to form what is now simply known as Germany, a place where the wounds of that gobbling up are increasingly festering, with unrepentant neo-Nazis reaping the benefits of the still largely West German political class’ tone deafness.

I was born into and grew up in West Germany, in some mostly insignificant shitty city of which there appeared to have been an incredible abundance of. The three Berlin sectors formally governed by the Western Allies were not supposed to be part of West Germany. But the laws weren’t kidding anyone, and neither was the more or less openly professed disinterest by those very Allies. West Berlin was West Germany — it looked like it, it felt like it, and for sure it smelled like it. 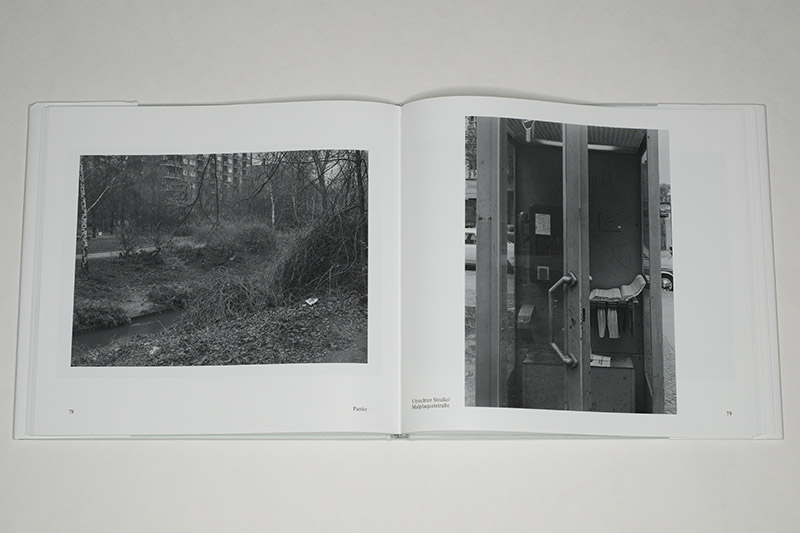 Even just the thought of that smell makes me sick. To imagine that I grew up there. Anyway…

The photograph on page 79 is not a very good picture; but it’s intensely fitting. When I use “good” in “good picture”, I’m referring only to everything beyond it. Photographically, the picture is competent. The lines are straight, and everything is on focus. Beyond that, though, apart from the smell that I sense and that a viewer not originally from West Germany might simply not pick up on, there’s nothing of interest here.

Then again, the West German smell of cold metal, cigarettes, and cheaply printed publications betrayed just that: there’s nothing of interest here. If you wanted to believe the government (which is, of course, what good German citizens were trained to do) there was nothing of interest there when former Nazis pervaded the government and found cushy spots in high places, and there was nothing of interest when I grew up, a time when those old Nazis were mostly (but not completely) gone, having been replaced by their now slightly (but only so slightly) more democratic successors. A prime example of those people was provided by the Bavarian prime minister Franz Josef Strauß, a man I would have a much easier time describing in German, given the German word for swastika (Hakenkreuz) includes the word for (Christian) cross (Kreuz). (They named the airport in Munich after him. Think of that when you fly there.) 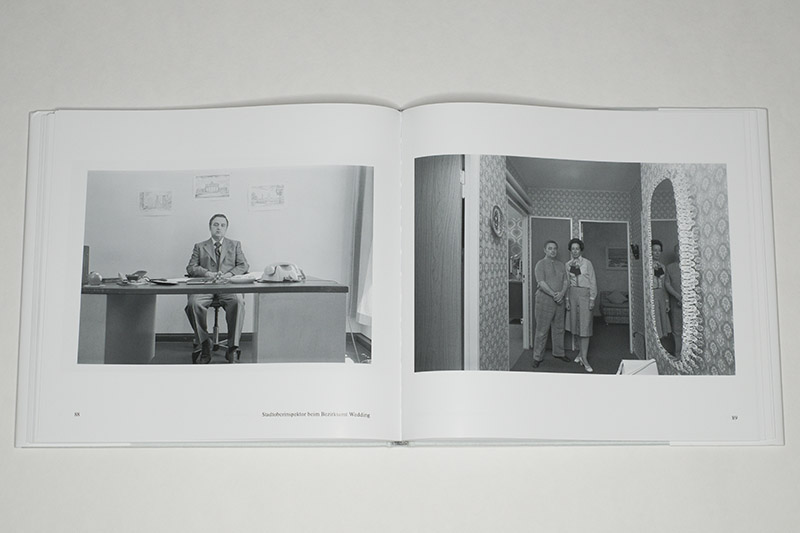 Berlin-Wedding essentially describes the West Germany of the mid to late 1970s, the West Germany ruled by übertechnocrat Chancellor Helmut Schmidt, a man who had been an officer during World War 2 (he had, you see, just done his duty) and who then went on to lecture the rest of the world about all the things he had expertise of. Schmidt (Helmut, the Chancellor) should have been the man to destroy his Social Democratic party, but with unfettered global neoliberal capitalism still around 20 years away, all he could do was to lay the foundations, to then watch things fall apart in retirement (where, true to his style, he would continue to lecture everybody else about what he thought was right, now in much reduced form as co-publisher of a widely read German weekly). Helmut Schmidt must have smelled of cigarettes and, lingering I would imagine, of cold steel (Jünger style in spirit), but now I’m digressing.

Berlin-Wedding divides into two parts, the first of which photographically describes the Berlin district with view-camera New Topographics pictures. The second, smaller, part focuses on selected individuals who are depicted in their places of work and in their homes. The latter now looks somewhat more dated than the former, in large part because fashions and interior decorations have changed a lot more by now than Berlin’s built environment in those places not affected too much by gentrification.

In reality there were at least two types of West Berlin (and of West Germany), namely the ones affected by an influx of migrants and those that were not. Due to a shortage of workers, West Germany had openly accepted people from a variety of countries who were called Gastarbeiter (guest workers), and these people and their families tended to settle not uniformly but selectively. Hence, if you go to Berlin today, places like Kreuzberg or Neukölln look a lot different than, say, Wedding. 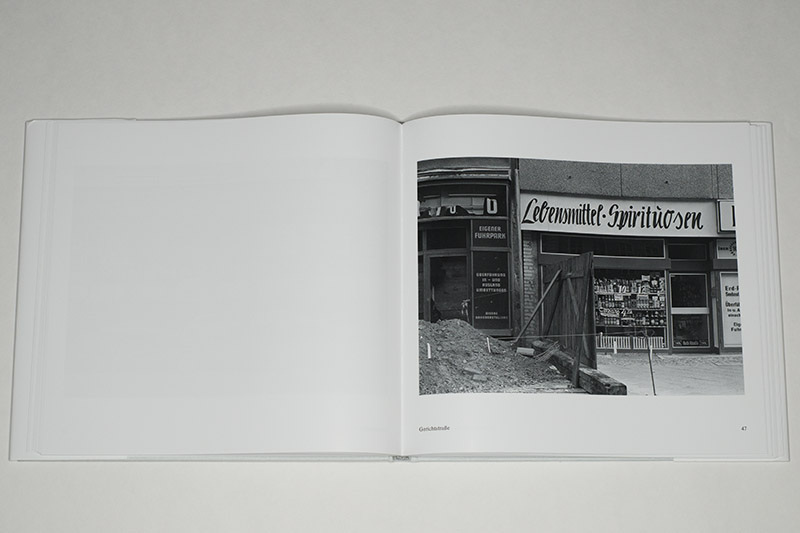 The same was true for the rest of West Germany. It has become fashionable to conceal a tendency towards intolerance (if not outright racism) behind concerns over political correctness (with the implication that somehow free speech is under assault). Back in the day, that concern expressed as a complaint over the fact that certain parts of some West German cities looked messier to German eyes than others. Still, I took and take the lively atmosphere of Neukölln over the gentrified stifling conformity of Prenzlauer Berg any time, thank you very much.

A few paragraphs ago you probably realized that I’m not a disinterested critic here. But if any work of art is good it’s able to make a viewer feel as if its maker was sticking a long hotly glowing poker into her or him. Art, in other words, ought to hurt, ought to stir us, because otherwise, it’s just entertainment. Schmidt (the photographer) was no entertainer.

This reissue stays very close to the original, published in 1978. I think that’s a good choice because it brings today’s new viewers very close to Schmidt’s intended experience. Curiously, while the book’s form looks and feels a bit dated, the work itself doesn’t. Swap out the old car, advertizing signs, and old clothes, and you get pictures that could have easily been made in many locations in today’s Germany.