For three and a half years, from late 1995 to 1999, I lived in Bavaria, specifically in Munich, its capital. Born and raised in the north of Germany, I had previously spent six years in Bonn, the capital of West Germany (right after I arrived it lost that status). Bonn had been my first exposure to a place governed by Catholicism, which had taken some getting used to. I’m not sure I fully succeeded (or even wanted to) getting used to it when I arrived in Munich, where the Catholicism came without the Rhenish humour and laissez-faire that had made it somewhat bearable in Bonn.

Munich was just hardcore for me, and mostly not in a good way at all. I remember one time near the end of my stay there when I had to travel by plane from Stockholm back to Munich. It was deep winter. I forgot where I switched planes, but at that airport I saw people wearing their winter clothes — puffy coats and jackets that presented a bewildering mosaic of colour. And then I landed in Munich: a sea of grey and the dark green. The place’s relentless conservatism had literally visualized itself through that sea of gloomy colours, of people grumpily walking around, only too willing to stare at anyone who looked even slightly out of place.

Somewhat related: for the longest time, before the advent of the AfD party (essentially a neo-Nazi party repackaged as a populist party) far-right ideas could be found in the Bundestag mostly expressed with a Bavarian accent. Not to be outdone by the AfD, Bavaria’s conservative CSU now openly courts anti-semitic and racist autocrats such as Hungary’s Orban. This is not to say that Bavaria is the only place in Germany that’s quite far to the right, but its tradition is and has always been way to the right of the country’s political center.

Mind you, Munich is great to visit especially if you don’t speak the language and are thus not exposed as much to the often narrow-minded conservatism. But even to visit — I remember one time I went there with someone who had grown up in the US and who was simply horrified to see a homeless person getting picked up by the police for no reasons whatsoever (well, being homeless was the reason). There’s really no good way to explain this away. 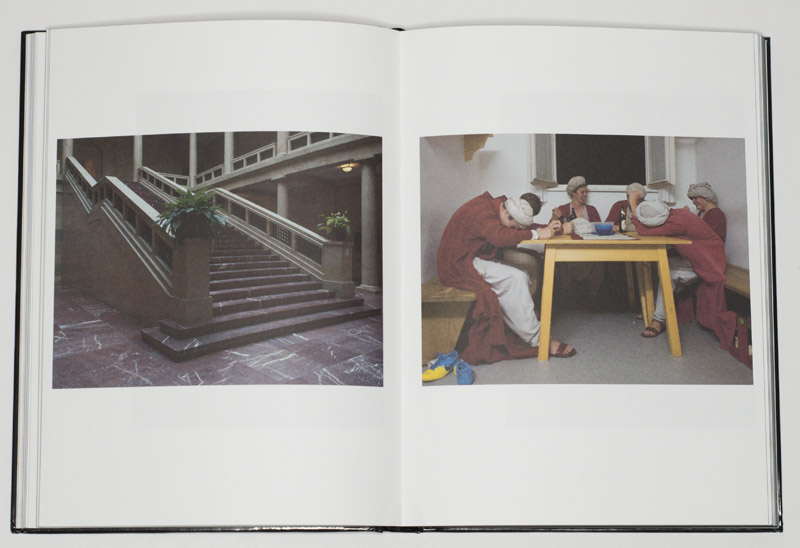 That then is my personal background, without which I cannot look at Anne Morgenstern‘s Reinheit. Specifically, while I don’t have the cultural background driving what’s depicted in its pages, I was exposed to it for a period long enough for me to have had my brushes with various of its details. It’s strange, I’ve been away for a long time, but seeing these pictures brought back instant reactions — it was more reactions than memories, because somehow there are a lot more of the former than the latter.

The same is true for another place I ended up disliking with a vengeance after having lived there for years, Pittsburgh, PA. In some ways, what rubbed me the wrong way is essentially the same in these two places. It’s not their being so different from where I grew up. I have lived in and/or visited a fairly large variety of places to be very much aware of the allure of all that, which is different. What makes us different allows us to see what we have in common. But if there’s one thing that absolutely drives me crazy it’s locations where people think that their place or culture is the one that should serve as the benchmark and everywhere else is just sub par.

In both Munich and Pittsburgh, it’s this excluding narrow-minded mindset that ultimately only betrays its own provinciality that had me so happy once I was able to leave. Of course, that’s not in Morgenstern’s pictures — I don’t think anyway. So I’m not sure what exactly it is that triggered my fairly visceral reaction. But that’s good, any book that gets a visceral reaction out of me is a good book.

A mix of portraits, still lifes, and landscapes and split into two parts, Reinheit doesn’t so much describe as it does allude to things. The two parts literally bisect the book — halfway through, every picture suddenly is upside down, forcing the viewer to flip the book around and start from the other end. The two parts each are subdivided into three sections each, with two sections of only portraits (photographed focused on the subjects) sandwiching a larger section that explores a variety of themes. Clearly some thinking went into this. But if my description of the book’s structure sounds maybe a tad too complex for the reader, then, yes, that is in fact the case. Luckily, it doesn’t take too much away from the pictures. 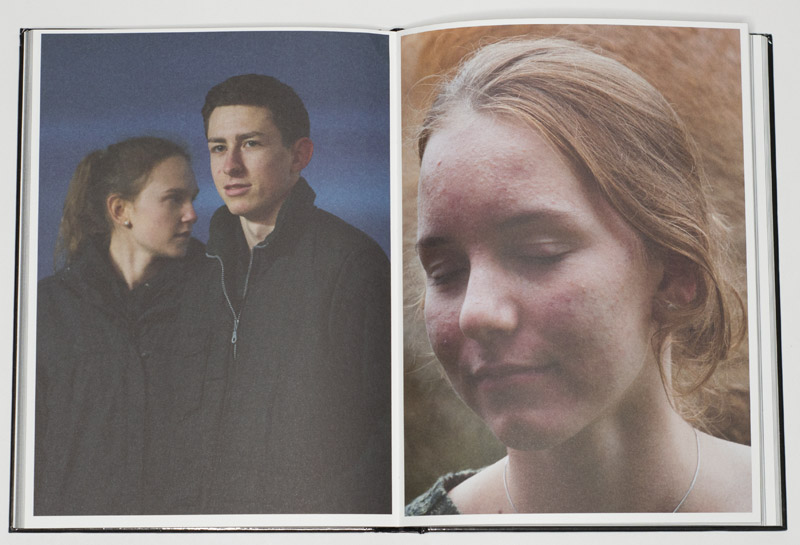 I suppose the way these pictures get at me (not the portraits but mostly the other ones) is through them showing me something that irritates me. The culmination of this irritation is provided by a photograph of a neatly arranged table, on which plates are set, each of them with exactly the same materials, a slice of bread, some butter, a fork, and what looks like a piece of fish (or maybe meat — I can’t tell). With the very Bavarian tablecloth underneath, this pictures just screams of the conformity that is so prevalent — and enforced — in Bavaria, where you either fit in, or, well, you’ll find the police might inspect your backpack while you wait for the subway (true story: a former colleague of mine, who sported longer hair and dressed casually, told me that he had been frisked for drugs by the police dozens of times — not because he had any but simply because to the Bavarian police he looked like a person who would; in case you’re wondering given the homeless story and this one, I got plenty more).

And you got all your symbols in the pictures, the police, those almost absurdly stereotypical Lederhosen, your Christian cross, etc. etc. etc. I don’t know how Morgenstern did it, but this feels like Bavaria. This just oozes conformity, Catholicism, conservatism (code word: “tradition”). There you got your Reinheit — German for literall and metaphorical purity alike, for chastity, cleanliness, for being immaculate.

After Land ohne Mitte, this is the second impressive book by Anne Morgenstern. There’s a new name on the firmament of German photography that you might want to take note of, a new voice that pushes past the Düsseldorf people who, unfortunately, still dominate the conversation around photography from this Central European country so much. Maybe I missed something, but I yet have to see this particular photographer’s work getting some attention outside of her home country. It really is about time.