Forty years later, I cannot be certain that the restaurant my family went to most often on our yearly summer vacation in the German Harz region was called “Zur Linde.” The internet tells me that there existed such a restaurant a mile or two outside the small town we stayed in for two weeks. It now is closed. Further research yields the image of an old postcard that depicts the establishment. I’d like to confirm that the building looks familiar to me, but I am unable to.

If there’s one thing I remember about the restaurant, it’s that they would always served a Vorsuppe, typically a thin chicken or vegetable stock that was a bit on the salty side and had small assortments of tiny pasta and bits and pieces of root vegetables added. At home, there was no such thing as a Vorsuppe. Who would eat soup before their main dish? And what soup would be this insubstantial? This was very odd to me.

The fact that there was a restaurant with the name “Zur Linde” in approximately the location that I remembered means that I cannot have imagined this completely. The restaurant cannot merely be a figment of my imagination, given the likelihood of me remembering something fictitious that then happens to have an exact equivalent in the real world.

As Michael P. Romstöck‘s Zur Linde tells me, though, there is nothing particularly outlandish about a restaurant named “Zur Linde”, given that such establishments exist all over Germany. A Linde is a tree, which in English is called linden or lime tree (if this Wikipedia page is to be believed, and why wouldn’t it? Who would create fake information about trees on Wikipedia?). 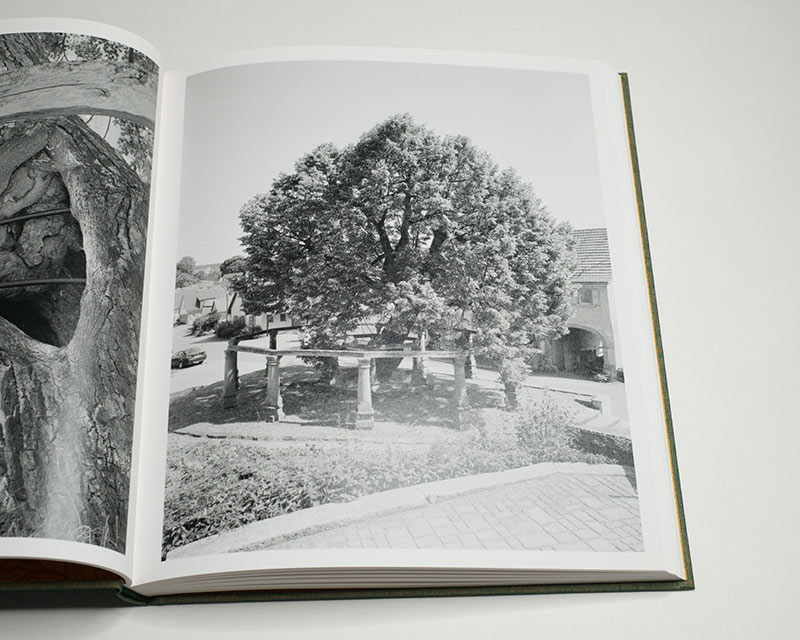 As it turns out, linden trees are not only very common in Germany, they also appear to be as revered as oak trees. I had always thought of the oak tree as the tree Germans  see as “their” tree. In West Germany, the 50 Pfennig coin featured a young woman planting an oak sapling (find the story/ideology behind it here). “In 1936,” an NPR story says, “the German Olympic Committee gave athletes an oak sapling for each gold medal they won.” Apparently, these trees were planted in a number of countries.

Regardless, Romstöck traveled across Germany to document linden trees and references to them. That restaurant I went to as a child would have been one (alas, it’s not included in the book). But there are others. There also are streets named after linden, whether in the form of a Lindenstraße (which coincidentally is the title of one of Germany’s most well known daytime soap operas) or as Berlin’s Unter den Linden boulevard that originates at Brandenburger Tor.

Of course, there are plenty of actual linden trees, some of them very, very old. A number is already gone. Yet they have been memorialized, given the function they served — a function that could have been ideological or practical.

There’s an appendix in the book that lists details of what is on view in the main section of the book (unfortunately, the text is only in German). The texts are pulled from a large number of sources. They cover a wide variety of aspects of linden trees, ranging from description of trees that are said to be 1,000 years old to an outline of an apartment for sale in Haus Linde, which is part of some retirement home. 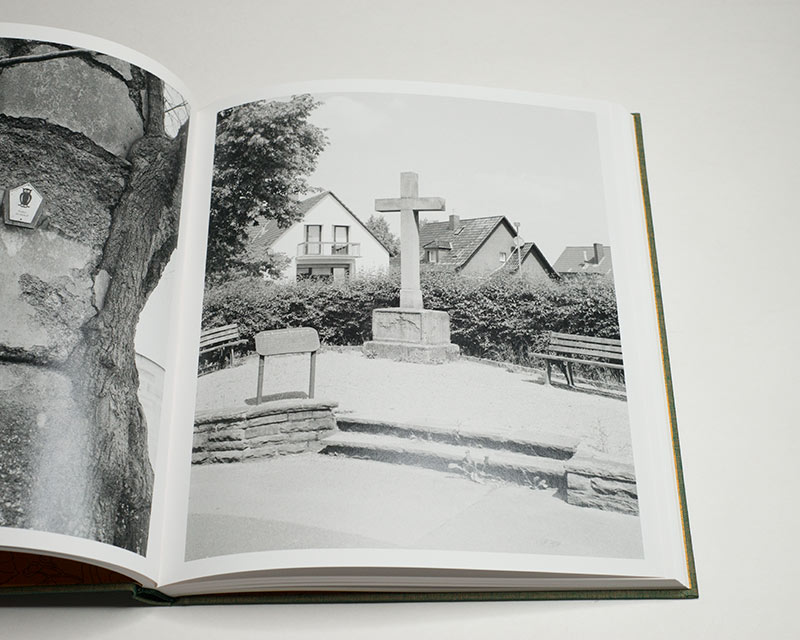 Zur Linde is a very handsome production that is filled with a lot of very good photographs. But there is one problem: with the exception of the very first and last photographs, the pictures are always paired, which makes the book unnecessarily tight. The metaphor I’ve adopted to describe this phenomenon is stereotypical German techno: the incessant boom boom boom boom boom boom allows none of the photographs to unfold their beauty. There is no space for a viewer to take something in. These photographs need breathing space.

In particular, some of the photographs are simply superfluous. Do I need to see some detail photograph of something that right next  to (or before) it was already shown? I don’t think I do. Instead, as a viewer, I want to feel that I can spend some time with what I’m presented with, having the chance to discover things on my own — instead of being hit over the head with either some detail or the next thing.

After all, Romstöck not only has a keen eye, but he also discovered a number of incredible trees. For example, a number of them have all kinds of often elaborate contraptions built around them, part of which look like providing support, part of which appear to allow for access (in the form of platforms). And there is something uniquely German about the photographs, even if that Germanness is a lot more complex than non-Germans might expect. 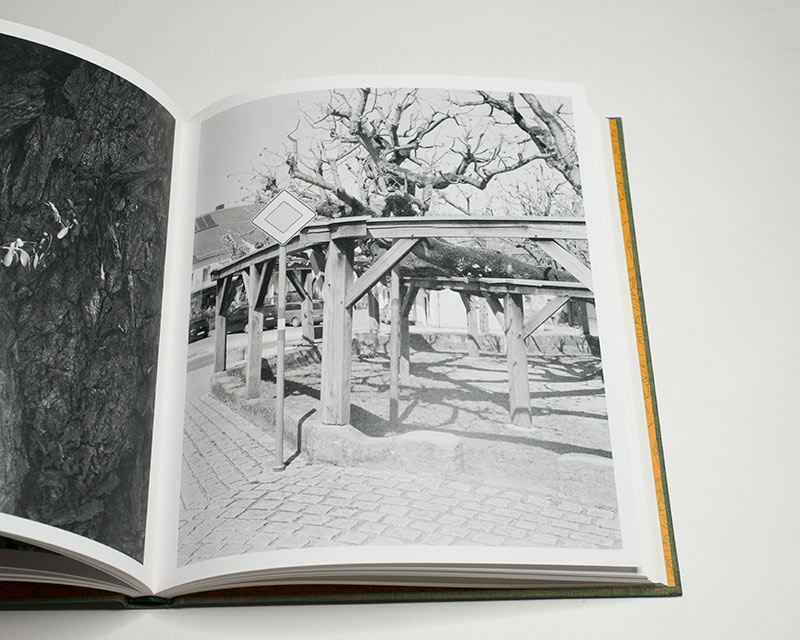 I’m obviously no disinterested observer, given that I’m not only German myself, but I’ve made Germany the topic of my own photography. I don’t know how someone with a different background will react to the work. But I’m thinking this book will be of interest for those who want to have a peek at Germany, seen through German eyes that are able to perceive an aspect that’s so obvious that it’s easy to overlook.

After all, photography can be incredibly revealing when it focuses on that which is just too visible to warrant a photographer’s attention. There’s nothing exotic about Germany’s linden trees and all their various associations. But it’s exactly that which makes the book so interesting.