When speaking with Japanese friends, I noticed that cross-cultural misunderstandings are always just one statement by me away, my own good intentions notwithstanding. Given my origin and age, I have been trained to follow what we could loosely call the Western tradition of enlightenment (which for the longest time, has not really been all that enlightened after all, and it’s not even that clear to what extent it is now).

We people volunteer out thinking, because that’s the tradition. Japanese people, in contrast, operate very differently even when a large part of their education is based on the same or similar principles. In Japanese society, the role of the individual is very different, and people are extremely mindful of social differences. Almost inevitably, this will make you, as someone not familiar with how things are expressed, stumble into what is perceived as rudeness.

Beyond linguistic nuances — for example you want to avoid addressing people directly, there are societal and cultural ones. It’s easy to assume that larger abstract ideas that are based in political activism — such as, for example, feminism — translate the same way in both contexts. But as I found out they don’t necessarily do that. 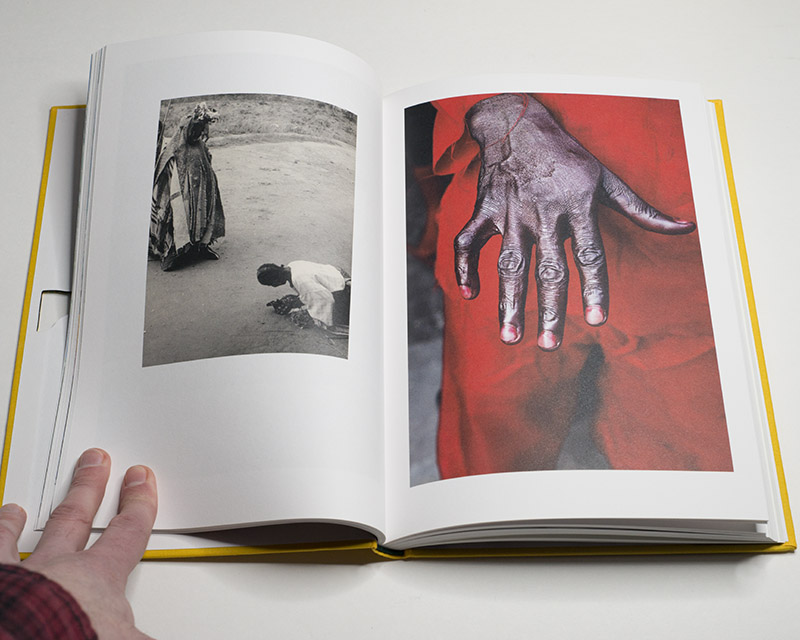 It would be tempting to think that such issues arise only when one is faced with someone from another culture. But even within our own society, we run into similar problems, such as when well-off people wonder or complain about what poor people might spend their money on. If you’re well off, you might want to think twice before you dive into this topic, because what you might think of as benevolence might actually reveal something a lot less wholesome underneath.

Obviously, the ultimate goal of dealing with cross-cultural (or cross-class) misunderstandings must be to arrive at a deeper recognition of what’s going on. This goal stands in contrast to the supposed end result of moral relativism that typically is evoked by conservatives: namely that the end result of this all is “anything goes” (this conclusion reveals a lot about an authoritarian mindset in the background). 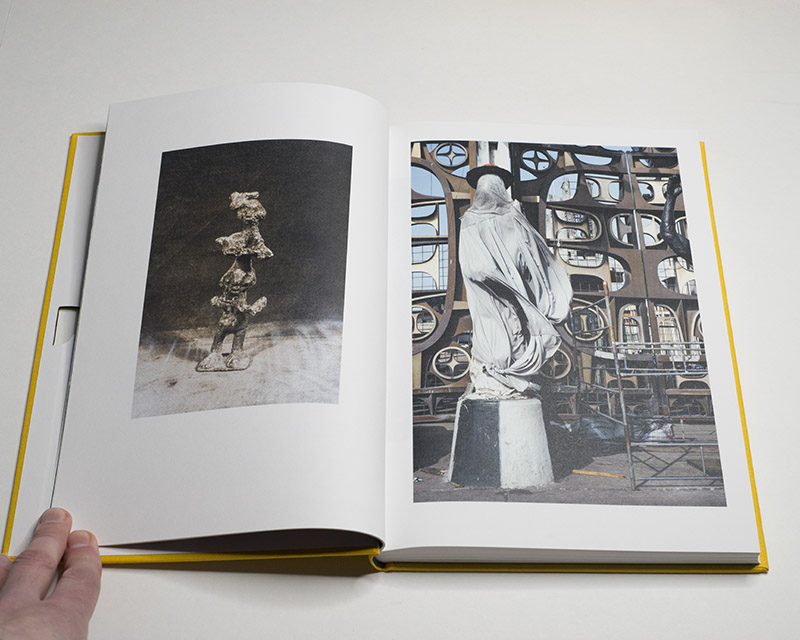 Gloria Oyarzabal‘s Woman Go No’Gree provides a prime example of a recent photobook that directly addresses the above. In a nutshell, the work resulted from the artist realising that the application of Western feminist thinking to the situation of women in Africa was running into a series of problems.

Obviously, Africa is a huge and diverse continent. Specifically, Ovarzabal talks about the Yoruba society. The Yoruba are an West African ethnic group that mainly live in Nigeria and Benin, with a population of roughly 44 million (the fact that they live across a number of countries might serve as a reminder of the arbitrariness of borders arbitrarily imposed by colonial rulers).

Through a combination of text and images, the book dives into the complexities of the topic at hand. There is text that serves as an introduction to chapters, and there is a longer appendix that casts a wide net over various aspects that are important here: imperialism, the role of women in traditional and contemporary thinking, post-colonialism, and more.

Given the various images from the book re-appear in the appendix as thumbnails and are cross-referenced in the text, it could easily serve as study material for a teaching context. With its many quotations and references it is this text that I’ve found myself coming back to time and again. I suspect, though, that the more populist minded parts of photoland might decry it as being “too academic” (which I don’t think it is, but your mileage might vary). 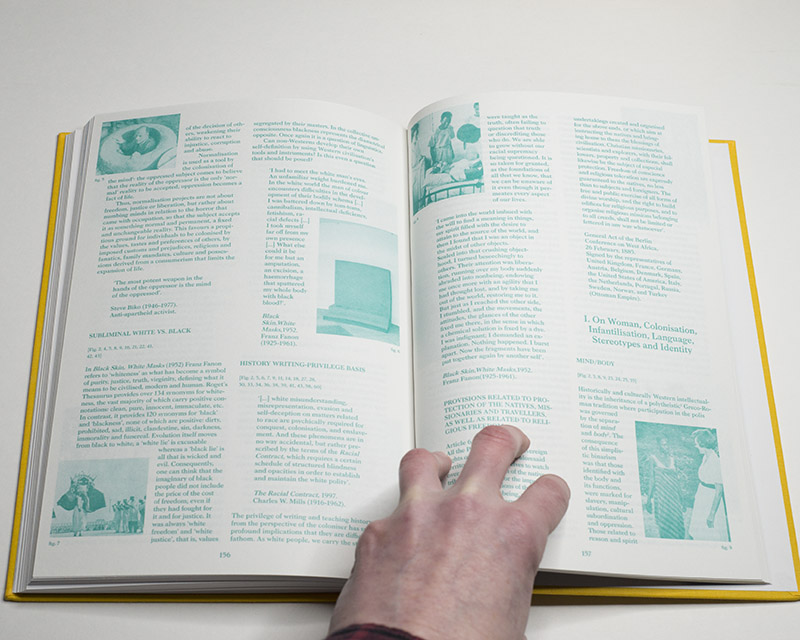 In terms of its pictures, the book contains a wide variety of material and approaches, including colonial-era archival photographs, straight photographs, and staged photographs, with additional post-production in the computer in some cases. This mix and the very smart edit and sequence help convey the overall idea that the text itself talks about. The viewer is made to look at women living in Africa in a variety of ways, and the overall feeling is one of self-determination: these women neither need colonial administrators to tell them what to do nor contemporary men from their own or any other culture.

In an obvious sense, photographs can only do so much — compared with the text, they cannot convey all of the details. At the same time, because of their purely visual nature, the photographs are able to arrive at a felt immediacy that the text cannot deliver. It is this back and forth between text and images that works incredibly well in this book.

As it is becoming more and more clear that large parts of photography have to face their own ugly past, a book like Woman Go No’Gree is able to provide one model for how this can be done. For sure there is the need for voices other than those from the previous colonial powers to be heard. At the same time, Westerners need to deal with the heritage of photography’s past abuses to deal with their own medium’s legacy. 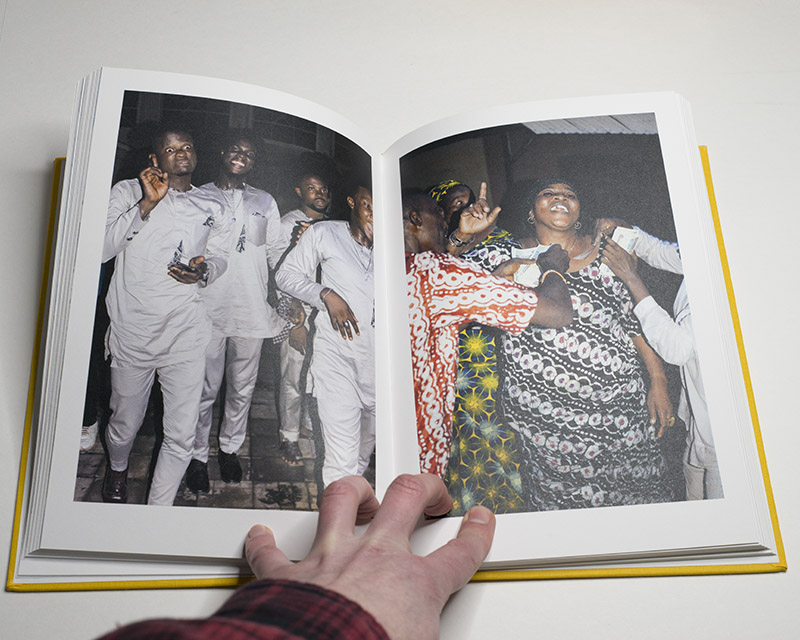 With  Woman Go No’Gree Gloria Ovarzabal has provided a model for what the confrontation with photography’s past might look like. As is demonstrated in the book, this confrontation must involve a reckoning with the Western mindset, a mindset that too often takes itself as the yardstick for how to understand the world.