The road trip is one of the most basic genres of American photography. Much like the cult of street photography, there is a fair amount of machismo involved. Here is the lone-wolf photographer, driving around in his car or van, looking out for things or people that somehow are worth being photographed. The most famous historical examples have each spawned a cottage industry of photographers aiming to follow their heroes, whether it’s the view-camera crowd scouring the American West for even more bearded underprivileged folks wearing plaid shirts or whatever else. In other words, much like many other genres — think family photography, the road trip appears to have thoroughly exhausted itself as a topic that might give viewers new insight.

As Chikara Umihara demonstrates with Whispering Hope, though, it’s not impossible at all to produce such insight. The photographs in the book were all taken on numerous trips across the United States (while he was a student of the Hartford MFA Photography program that I’m a faculty member of). But the vehicle of choice was not the car or van. Instead, it was the bus. Umihara spent many days sitting on Greyhound buses, traversing the country and looking at the landscape passing by. 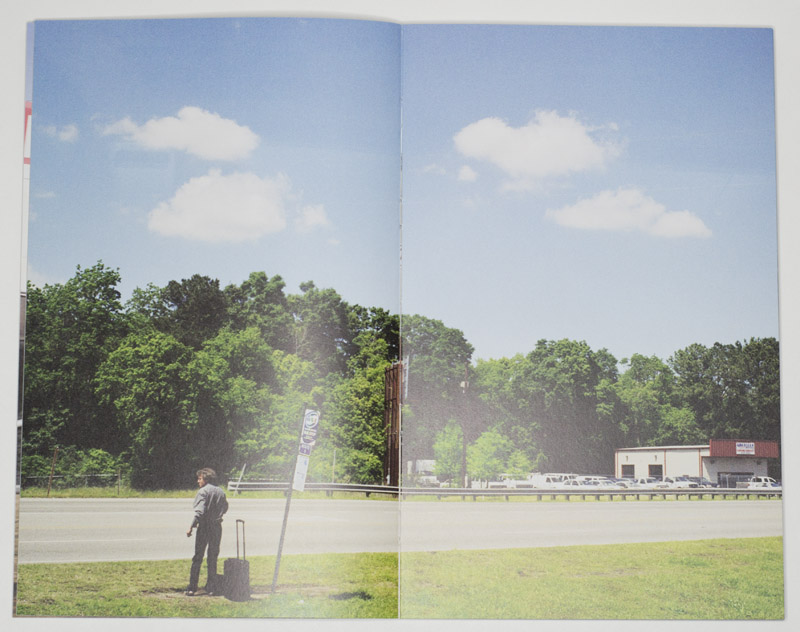 In many ways, bus travel in the US is not that dissimilar from domestic air travel: it’s profoundly grueling, with an overall lack of service and amenities that doesn’t necessarily betray a first-world experience. But there’s a profound difference between air travel in the US and taking the bus: even where they might be necessities for those taking them, they’re not the same kinds of necessities. A business traveler flies given that’s the fastest and easiest way to travel. A bus traveler, in contrast, often will take the bus because air travel is not an option — because of its cost or maybe because it requires a type of ID not available.

In addition, bus terminals typically are located in the dingiest parts of American cities, and they often are so run down that they make airports like Newark’s look appealing. In a society that prefers to ignore class as an issue to talk about, its modes of transportation reflect class very much. Consequently, traveling around the US by bus isn’t just any kind of road trip. Instead, it’s getting exposed to the very lowest rungs of a socioeconomic ladder that for many people has become too steep to climb. 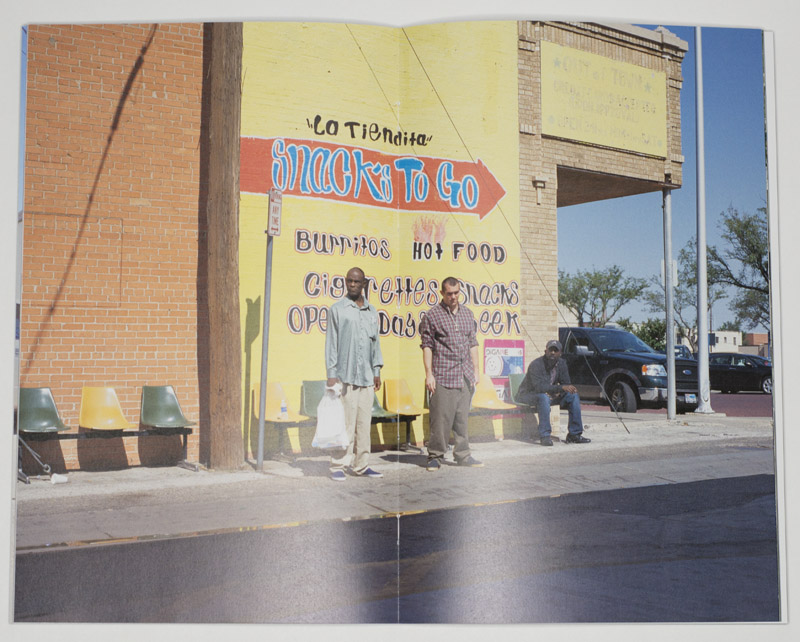 There also is the added fact that Umihara is Japanese. Whispering Hope is a look at the US with the eyes of someone who grew up in a very different place. Fluent in English, the photographer was able to communicate with his fellow travelers — there are short text sections included in the book in which he relays either his impressions of the country or conversations he had. But the mental veneer that a US photographer would probably place over what was to be encountered is absent. This is not to single out this particular country: an insider, someone who grew up in a place, will always be unable to look at what s/he takes for granted. And this cuts both ways: the picturesque is not only the grotesque.

By construction, bus travel offers a very specific view: seated above regular eye level, the traveler gets to see the world through literally tinted glass. This effect makes many of Umihara’s pictures resemble Google Street View photographs (having seen one of their cars in real life, my guess is that in both cases the cameras are roughly at the same height). Digital compression artifacts are absent, though (the photographer’s camera of choice was a medium-format film camera); but there frequently are reflections in the frame. These artifices serve as a useful reminder of the camera’s role: a passive observer, forced to move along with the bus, its recording is detached from what is on view in ways that don’t exist for ordinary road trips. You cannot stop anywhere if you want. You will have to stop at very specific locations, whether you want to or not. 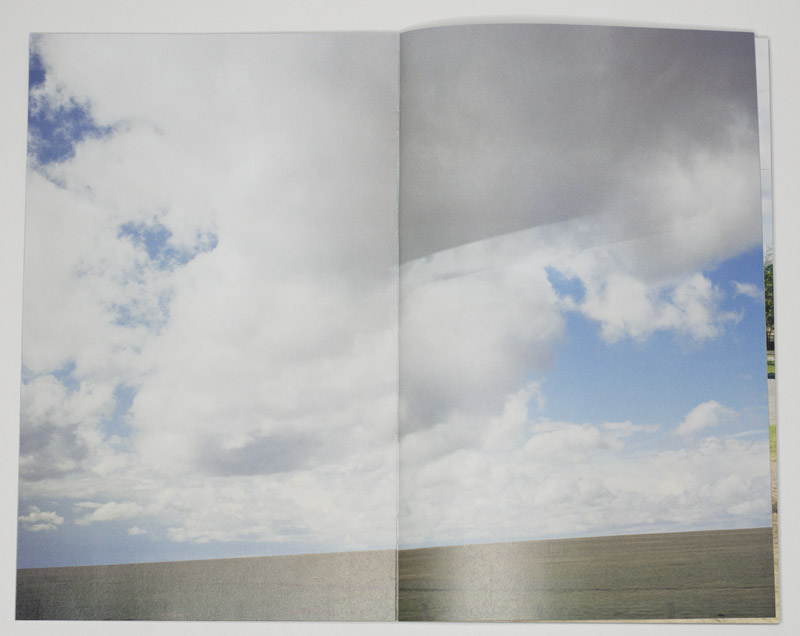 Without the little text pieces, interspersed between the photographs, the book would paint a grim picture. It’s not hard to see the neglect in the landscape, infrastructure, and in the many anonymous faces. It’s not hard to get the feeling of a country in profound spiritual (not to mention the obvious physical) disrepair. The text, pithy observations and fragments of conversations, add a sorely needed human element: there are people going about their business here, and it really is a book about them and not about the neglect. Umihara has too much of a heart to give up on what’s on view — we shouldn’t give up hope, either.