“In many respects,” writes Paul Theroux in the first chapter of The Kingdom by the Sea, “Britain was its coast — nowhere in Britain was more than sixty-fives miles from the sea.” Consequently, Theroux set out to travel along the coast, using mostly slow means of transportation — walking, local trains or buses — and avoiding popular sightseeing destinations (castles and such). The year was 1982, and there was a war happening, far away: Britain was fighting its absurd war with Argentina over a little congregation of rocks, otherwise known as the Falkland Islands.

Not quite thirty years later, between 2009 and 2011, photographer Paul Walsh decided to walk the English South Coast, covering 320 miles and thus producing Isolated Coastline. In a little essay he sent me along with his photographs, he wrote

I was drawn to the quieter moments of my walks and became interested in photographing the single characters who, like me, found themselves drifting alone along the sea’s edge. The English South Coast can also appear to be an incredibly sad and melancholic place. The weather is regularly heavy and the rough sea can make it feel almost apocalyptic. I often found myself walking through dilapidated coastal resorts, disused seaports, run-down towns and along decaying piers.

Having read Theroux’s book, I was very interested in Walsh’s photographs. I did not expect them to illustrate in any way whatever I might remember from The Kingdom by the Sea. Instead, I was curious about seeing how two artists, working with two very different media, would portray the same stretch of land. There exist all kinds of misconceptions as to what photography does or what writing does or how photography can do less than writing (or the other way around). Comparing photography and writing always is a bit like comparing fish&chips and apple pie – there is only so much you can get out of that. Focus on the calories, and you miss the big picture by a mile. Focus on the individual dishes, and it just gets weird. (I’ll leave it up to the reader to decide whether photography is the desert or the junk food) 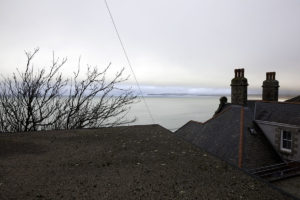 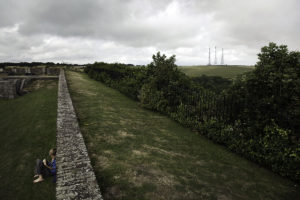 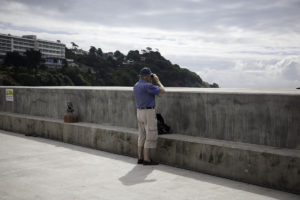 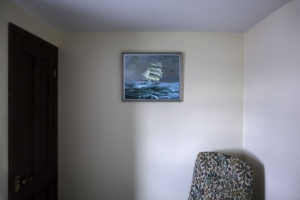 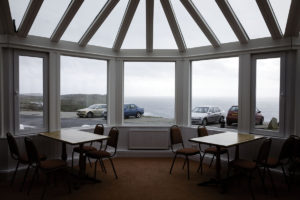 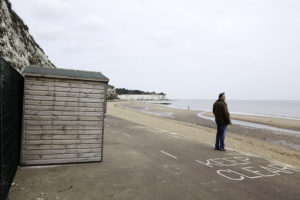 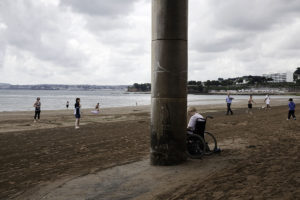 Both Theroux and Walsh make it clear what matters is what is being triggered in the reader’s or viewer’s mind. Both artists are unapologetic and open about what they set out to do, and how they did it. The Kingdom by the Sea and Isolated Coastline were shaped by the myriad of decisions and choices made by their respective authors. They are both equally truthful, albeit not in a universal sense (there is no such thing as the absolute truth) and also not in a postmodern sense. (the idea of the death of the author is a concept that desperately asks to be re-examined)

Having read a fair amount of travel writing I’m struck by how good travel writing comes possibly closest to emulating how photography works when it’s done well, or how photographers, with all their choices and decisions and preferences, work their way through the world just like travel writers do. Their “products” might differ quite a bit, but it is the mastery of the approach that really matters.

So here we have the English South Coast then, or rather Paul Walsh’s view of it. And if I started writing about what these pictures show in all likelihood, that would not be what they truly show but rather what I see in them. This big mess is what makes photography beautiful. If we just stop looking at all the literalness and, instead, focus on, yes, that big mess, photography can be so much fun!