I have literally no idea who any of the people in these pictures are, yet I am interested in each and every one of them. Their world for sure doesn’t look like mine, and most of these people might be a tad more hip than I am (not that that’s hard to achieve). At the same time, they all are perfectly ordinary, in the way that we all are perfectly ordinary, well 99% of us anyway. But there is no fuss made about how ordinary they are, there is no fuss made about how they all are special. These people aren’t celebrated, to use that term that usually gives me the chills (not in a good way btw). There really isn’t all that much to celebrate in most people’s lives. To appreciate, yes – but to celebrate? I don’t think so. And what need would there be to constantly celebrate anyway, especially since we all know what a sham such celebrations end up being. So then, let’s appreciate. To appreciate can mean all kinds of things. In photography, it means to become aware of a moment that might signify something to be appreciated, to then capture it as a photograph so that it can be looked at later.

Try applying the idea of appreciation to any of those discussions of what I tend to call social photography (Instagram etc.), and I suspect they will fall apart (the discussions, not the photographs). To appreciate something means you take it for what it is, and you realize there is a value to it. Or maybe more precisely, there is more value to it than you might have realized earlier. Of course, almost none of the photographs on Instagram amount to anything. But let’s face it, that is why most of us aren’t good artists. Instagram doesn’t devalue photography, as some people claim, because it creates a flood of photographs. Instead, it shows our collective desire to hold on to special moments, and it elevates those very select few who consistently create something bigger out of these moments (and for that to happen you need to move beyond Instagram: You can write a draft of your novel on Post-It notes, but once it gets published a stack of Post-It notes won’t do).

All these people in Eva Vermandel‘s Splinter

are being appreciated for what or who they are, or for what they do at some seemingly completely random moment in their lives. Mind you, this could all be some elaborate trick, some great staged-narrative production by the photographer. How would we know, given it’s not apparent from the photographs? But this doesn’t really matter, since we end up with the pictures and only the pictures. Even if these were done staged-narrative style, they make me believe they were found and taken in a different way. And that’s what I care about. Show me a little magic trick, but don’t reveal it to me (and don’t expect me to ask about it). 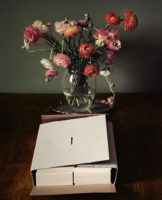 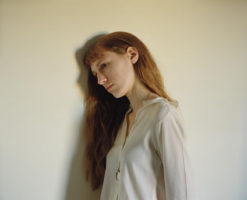 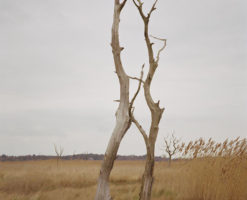 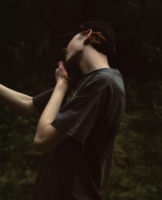 It’s almost as if one encountered any of these people, having opened a door and then stumbling upon them. While in real life one would probably excuse oneself or merely disappear quietly and quickly, here the photographs allow the viewer to remain and to look. But they also force the viewer to remain, since there is no possibility to close the door that the photographer has already opened. In other words, we are made to intrude, but through the photographs we are not made to feel like one. We are turned into acquaintances of these people. Thus we can enjoy looking at the woman standing by the kitchen window, at the couple sharing an affectionate moment on the couch, at the naked woman sleeping in bed, at the self-assured man almost posing by the window (for someone else, possibly himself – he seems to be very aware of his effect on other people).

Splinter displays an almost astonishing lightness of touch – one of the hardest things to achieve in photography. In a day and age when so many photographers are trying so hard, too hard, where one of the most popular endeavours is to produce very clever self-reflecting (and thus oddly solipsistic) photographs, Vermandel shows us what can be gained from “just” making good pictures. The resulting book easily is one of the best this year, an intimate production. To make a book with these pictures, you need to have the confidence that the photographs will carry their own weight – there do not require any embellishment. I probably would have preferred the book without half of the two-picture spreads, since some of the pairings simplify both images. But my (usual) nitpicking aside, Splinter, lying on top of a pile of books right next to my computer, has been magnetically pulling me back ever since I received it in the mail. It’s the kind of book that will let you see a little something else every time you look at it; a book that you can look at, and after the umpteenth time you stumble upon a picture wondering whether you missed it before.