“No new photographs,” Joachim Schmid at some stage decreed, “until the old ones have been used up!” Even though he has since retracted the statement, I always enjoyed the general idea (and the fact that Schmid was — obviously very unsuccessfully — adopting the role of photoland’s stern parent). At some stage, I had an app on my phone that would do this: if I took a picture, it would browse a library of already existing photographs and then present me with one that it had determined to come closest to what I had just photographed (I don’t remember the app’s name, it lasted maybe a month on my phone).

Given that work with already existing (found/vernacular/archival) photographs has spun into its own firmly established part of contemporary photography, Schmid’s idea doesn’t sound so radical any longer. Many photographers have come to embellish their projects with archival images (often when their own somehow can’t do the lifting), and there is a larger number of people working with archival photography.

I maybe like the principle of working with archival photographs more than many actual applications, the reason being that there’s the risk that things either get too cerebral or too clever (or, even worse, both). I like clever, but only if it doesn’t draw attention to itself, which, I think, a lot of this work does. In a nutshell, I’m interested in an artist’s wit, in her or his ability to work with archival photographs without her or him showing off. The use of archival photographs shouldn’t become its own attraction. Your mileage might vary — whatever it might be, I think it’s good to think about one’s ideas when approaching such work.

The general principle that I like about working with archival photographs is that I don’t subscribe to the idea that photographs have fixed meanings. I also don’t believe photographs say anything about the intentions or ideas that went into their making. Elsewhere, I have described photographs as being sticky: not only will a photograph attach itself to something in the viewer’s mind, it might also attach itself in often surprising ways to other photographs. 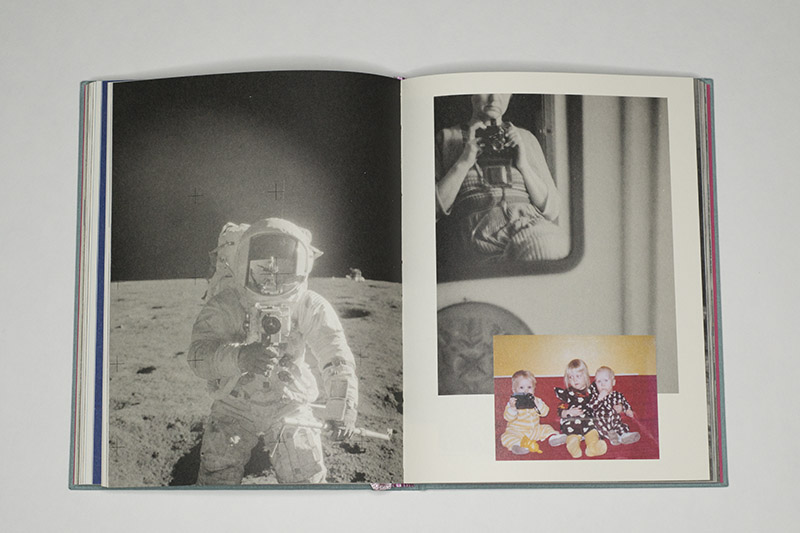 Niina Vatanen‘s Time Atlas is the latest addition of a book working with archival imagery in my library. There are many different sources for the images, and the artist isn’t concerned at all with them. Instead, she creates connections between pictures based on formal qualities, on content, or on both. A pairing of pictures might show a circle as the dominant visual element in both (formal pairing); a pairing of pictures might show a hummingbird in one and a group of flowers in the other (content pairing); a group of photographs might show tilted houses along Pisa’s Leaning Tower (formal and content pairing) — you get the idea.

What makes these combinations of images interesting is that they don’t follow a simple formula, and some are more obvious than others. This is always a good mix for such a book, because if the combinations are always simple that just ends up being predictable and boring. But if they’re always complicated very few people will end up looking through the whole book. Many of the combinations are witty, and by that I mean they are clever and surprising, establishing connections between images that ordinarily wouldn’t exist. 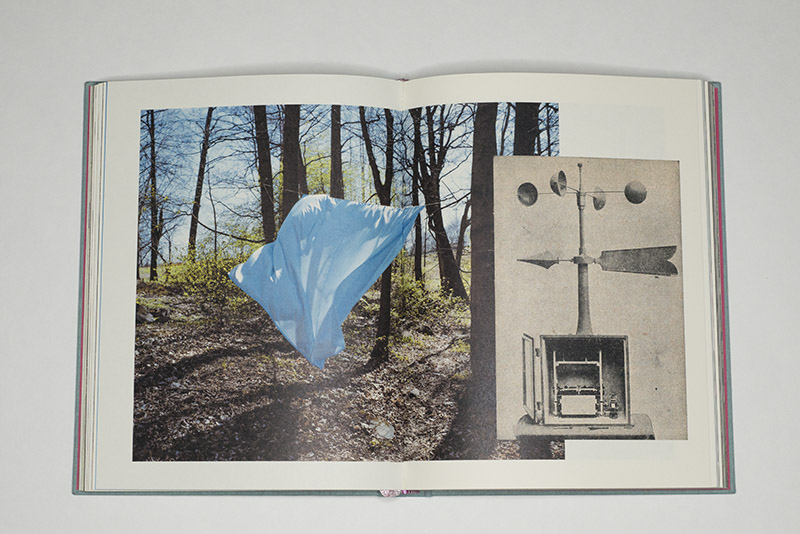 The book’s description states that the book centers “especially on questions concerning time and our perception of it, and exploring how visual memory, personal experience, and history intertwine.” Ignoring the fact that this sentence is so generic that it easily applies to many other books (as an aside, that’s one of my main grievances with a lot of PR material produced these days, whether by artists or by publishers), so it’s not particularly helpful. I personally didn’t necessarily think about my perception of time or any of the other stuff when I looked through the book (this despite the fact that the first and last image show the same hourglass).

My own perceptions and ideas might drive my reaction more than anything, but I enjoyed that the book contains quite a few elements that I didn’t feel I needed to understand. In photoland (get ready for another pet peeve!), things tend to be too resolved. Everything always has to make sense — and when it doesn’t make an obvious, spelled-out sense, the only thing people can think of is poetry. I find that really boring (I’m also not into poetry, which probably is not helping).

Why does everything always have to make sense? Why can’t there be the enjoyment that can arise from things being unresolved in a larger sense, while being resolved at a purely photographic level? 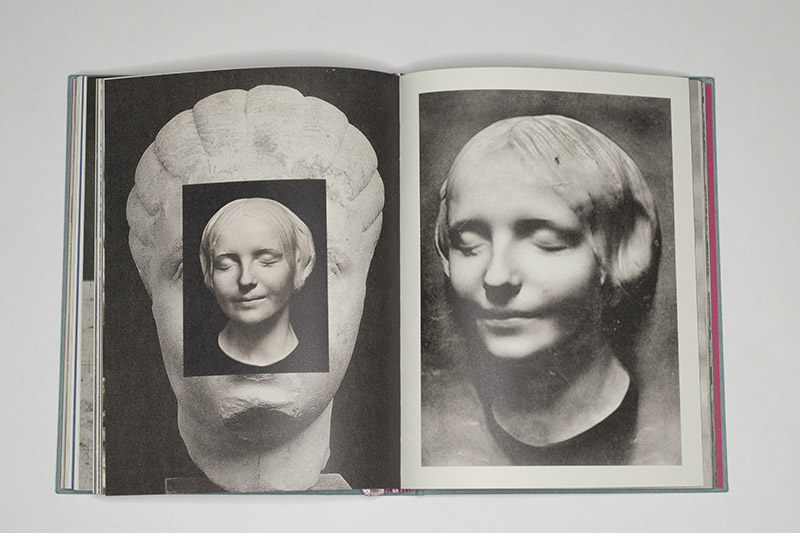 This is exactly what’s going on in parts of this book, where there is a logic presented to me that I can understand — I see how it works, yet I have no idea how it will connect to my own internal logic. In other words, I’m being left puzzled — and amused, because I know there is a sense of play at hand. This is something I’d like to see a lot more. It demonstrates that while photography is a technical medium, made by machines/computers and by typically rather serious people, it has the potential to end up being surrealist or Dada — subverting its own background.

This is a lot harder to do with one’s own photographs — which is why photography has so much in common with rock ‘n roll: there’s just very little humour on it. Thinking about it, most of the funny artists I can think of work with archival material.

So Time Atlas is hugely enjoyable as a strange compendium of visual materials that were assembled to make sense, but maybe not quite the sense you’d be expecting. It’s witty and clever, without relying too much on its own cleverness. And it’s a book about photography, about what can be done with those sticky pictures that just crave to create meanings for you.