Heartland really is just the working title of the project, Dan Wetmore told me. Well, OK. I’ll admit I like Heartland.  English is my second language, and I’ve never been able to shake the various mental images I associate with the word Heartland. It strikes me as this strangely irrational word, somewhere along the lines of the German word Heimat (even though it means something somewhat different). What unites Heimat and Heartland is that they’re both in principle fairly innocent words based on diffuse feelings that often are used by people with a somewhat dubious agenda. And that agenda then sticks, whether you want it to or not.

I don’t live in what Americans consider the Heartland. I live where – supposedly – everything that is so central to the Heartland’s core values is being ignored. Where I live that’s not the real America, at least for many of those living in the Heartland (especially those with that agenda). As someone who wasn’t born here, I can see where that idea is coming from. But once you remove the agenda, it literally makes no sense any longer. Needless to say, that’s probably in part because I’m German, and we Germans love taking things at face value.

It might be better to say that Heartland centers on what is genuine. As in the case of the word Heimat, that brings us a little closer to what we’re dealing with. The word “genuine” invokes more feelings, more irrationality, than the word “real” (even though there are enough occasions where one can mean the other).  Maybe we need to be even more precise and say that the word Heartland centers on what people want to be genuine. Given that people can rarely agree on what they want, and given people can have very different ideas what’s genuine, this seems pretty apt.

Needless to say, defining a word in such a way that it means different things to different people is usually not a good idea. But there you got your Heartland. Or Heimat. 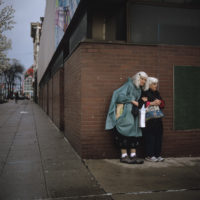 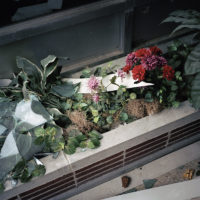 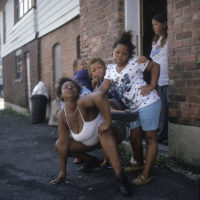 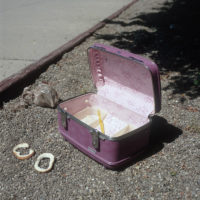 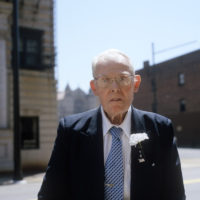 So Heartland – just like Heimat – has more in common with a myth than with an actual place, the kind of underlying myth without which you can’t have a nation. You can’t have a nation if there is no core idea of what the nation is centered on, even if in reality there might be no place where that idea is perfectly realized. What makes so many countries so interesting is exactly the fact that the core myth is a bit hollow. That little (or maybe not so little) void there – that’s what creates so much life! Go to a country where the core myth is solid, and get ready for a very strange, a very stifling experience!

As an artist, you have no obligation to the truth (writing this, I cherry-picked ideas around Heartland, didn’t I?). Photographers often have a very hard time dealing with that. Is not what is in front of the camera the truth? Well, yes and no. In some – rare – cases more yes than no. But usually more no than yes. And regardless, the truth is what you want it to be, even if what you do is to make pictures with some sort of machine.

I like how this all comes together in Heartland, Wetmore’s project (remember, this is just a working title). I don’t know whether Heartland shows the Heartland. And I don’t even care. What I really care about is to see what someone makes of this idea, what kind of truth – not the truth, just a truth – is being presented to me. Heartland alludes to the various ideas around the word itself, just as it presents a view of what Wetmore takes it to be. It’s specific in a particular sense, just as it is a bit vague. There are pointers to the things we expect to see, and there are photographs that undermine our ideas.

At the end of the day, I don’t know whether I’m any closer to understanding what Heartland might be. But I’m much closer to realizing what the feelings around Heartland for this one particular person are; and from the one I can then hope to get to the many.