In the very early 1990s, a simple coffee pot became the first object to be recorded by a webcam. With the coffee pot located too far from the offices of the people interested in its content, two scientists trained a video camera on the pot and fed the resulting image into their computer network. You were then able to check the status of the pot, to see whether there was coffee to be had, from your desk (As someone who has worked in academia and who is familiar with the atrocious drip coffee produced and consumed by scientists, this makes perfect sense to me: You’re really interested in the coffee, too busy to think about how to improve its quality, but not busy enough to worry about technical stuff like that). A little while later, the coffee pot cam made it onto the internet. That was in late 1993.

Almost twenty years later, webcams are ubiquitous, some public and many more inaccessible to the public. People love to refer to the latter as “security cameras,” even though in reality they do not provide much of a security at all – typically, they’re only good at catching things after the fact. In other words, they deter those criminals who are worried about being caught later, while, at the same time, turning us all into potential suspects (an ugly mob is then only a Reddit post away).

It seems safe to say that most people aren’t particularly interested in being photographed by surveillance cameras. Jens Sundheim, however, is. As der Reisende (the Traveller), Sundheim has put himself into the frames of surveillance cameras that can be accessed online, for Bernhard Reuss to take, well, grab his picture: A often lone man, his hands in his pockets and facing the camera, posing for the camera. Given the real-time transmission of the images, Sundheim needs his collaborator to grab the image from a (remote) computer screen. It wouldn’t be too far off to call Sundheim a photographic performance artist. 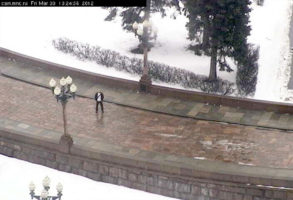 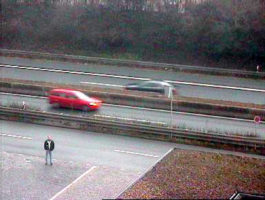 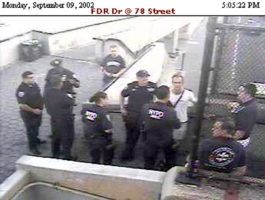 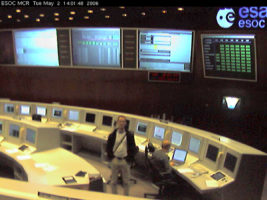 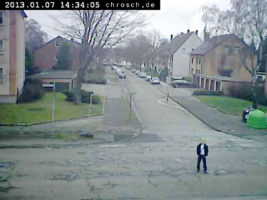 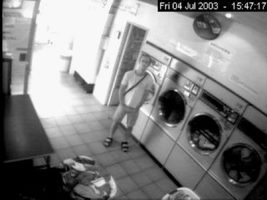 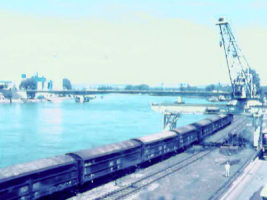 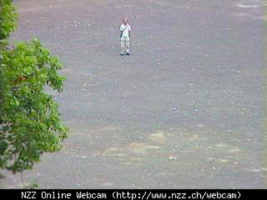 Seen as a group, these images become absurd and unsettling at the same time. The presence of the one figure very much aware of the presence of the camera puts the focus of the image on the way it was made – a camera in a public (or private) space recording a steady stream of images that might or might not be stored in some database, to be possibly used for all kinds of purposes later. At the same time, the single repeating figure itself is unsettling – it is as if there was someone who knows more than we do, someone staring back at us, making us viewers feel uncomfortable.

If that discomfort translated into us thinking a little bit more where we are currently moving, in this, to repeat the trite and dangerous phrase, “post 9/11 world” we might actually gain something: Do we really have to sacrifice all that privacy to try to achieve an unachievable sense of security?

Der Reisende is part of a new book I served as the guest editor for. Observed, published by Ivorypress, collects the works of visual artists investigating the use and creation of images that deal with ideas of privacy, surveillance, or observation. As it turns out, things aren’t quite as simple or black and white as one would imagine. With Observed I am hoping to expand an often narrow discussion into something wider. In some form, a lot of  photography involves an act of intrusion into someone’s life. With cameras being ubiquitous in an era where civil liberties are being eroded in the name of security it’s high time for us to start thinking about this aspect of photography.