Sandwiched between a news agent and a clothes store, Dinneen’s Bar is housed in a small building on Main Street in the small Irish town of Macroom, which is roughly 15 miles west of Cork in southwestern Ireland. From the 1950s until 1985, the bar was owned and operated by Dennis Dinneen and his wife Claire, who lived upstairs with their five children. A “room at the very back of the bar [functioned] as the family kitchen”, the website dedicated to Dennis’ work informs us, the work being the result of the fact that he also was a photographer.

“Dennis provided photos for passports and driving licences, took individual and family portraits, and captured images of the bar’s patrons. […] he also photographed weddings, religious ceremonies, theatre productions, sporting events, and a variety of other local occasions”, leaving behind an archive of thousands of negatives (before his death in 1985, more than half of the archive was destroyed in a fire).

An assortment of backdrops was employed by the photographer for much of his portraiture: blank walls, curtains, some cloth pinned up, a little screen designed for slide or movie projections. For the work, Dinneen employed a square-format camera with an added flash. The passport or driving-license pictures would be cropped later (a common practice all over the world when a photographer didn’t work with a dedicated camera for the task at hand). 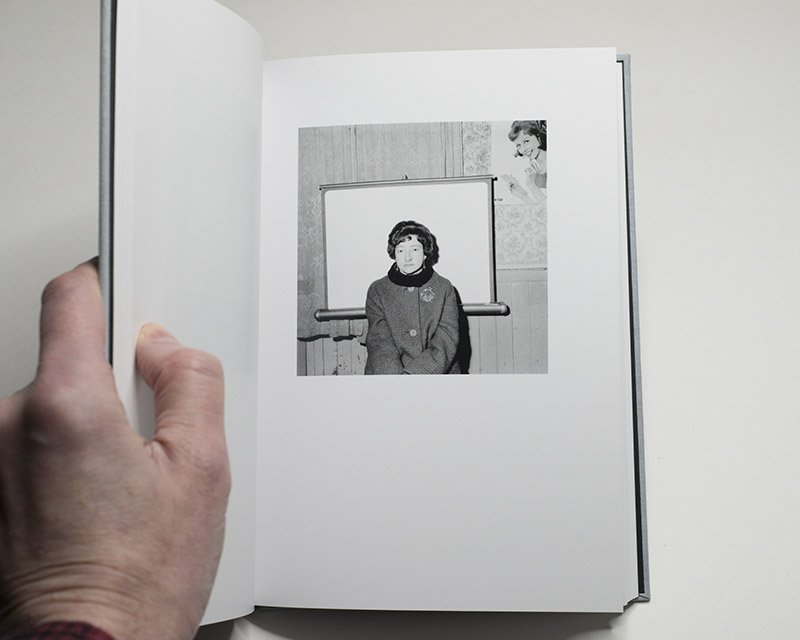 If this sounds like there might be an incredible wealth of photographs to look at, that’s exactly the case, as Small Town Portraits makes clear. The book presents 75 photographs, edited by David J. Moore, the archive’s director. Without exception, he always presents the uncropped photographs, which reveal a plethora of detail around the sitter, including a (recurring) Kodak poster, boxes of Lucozade (a soft drink intended to boost energy a Google search informed me), and more.

The charm of collections such as Dinneen’s is universal, regardless of whether they were compiled in Mali (Malick Sidibé), the US (Mike Disfarmer), Japan (Shoichi Kudo), or elsewhere: a usually utilitarian approach, combined with a lack of pretense, possibly some idiosyncratic choices, and sheer — often very playful — talent combine to yield photographs that give a sense of locale in ways that are usually hard to come by.

Not surprisingly, several of these archives have been raided (“reclaimed”) and exploited by people eager to cash in on the art market. In fact, I don’t even know why so often art-world acceptance (in the form of representation in galleries, shows at museums, and/or a write up in some famous newspaper’s “Arts & Entertainment” section) is seen as the ultimate validation of such archives. More often than not, the work itself takes a hit — such as when, for example, Malick Sidibé’s photography suddenly end up as very large, contrasty prints despite the fact that they would have never been seen that way in their original context. 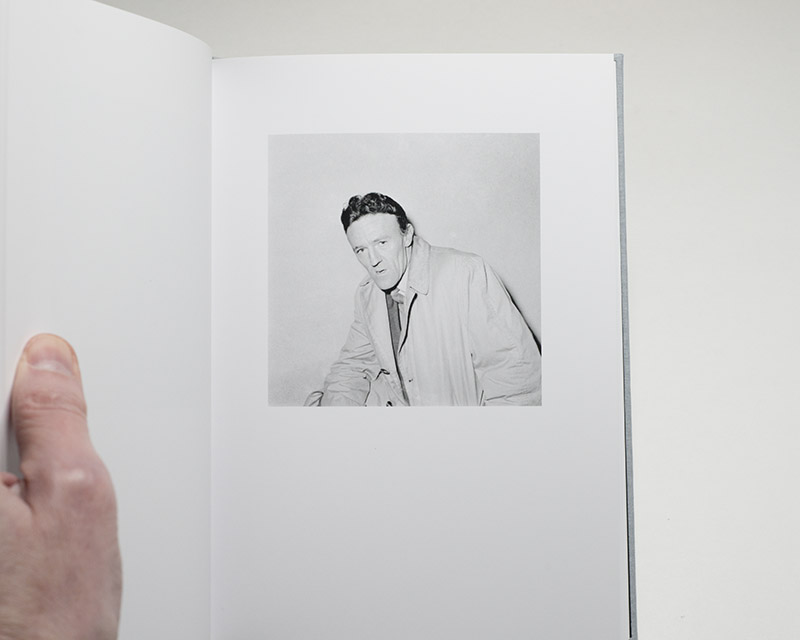 But there always is some context switching involved when such an archive is being made public. This inevitably comes with a re-presentation of the pictures at hand: uncropped passport photographs originally were not intended to be seen as such. For me the key to all of this is whether the re-presentation serves to speak of the photographer’s overall spirit (as in this book) or the moneyed interests that might be behind the changes (as in, say, the Disfarmer case).

Small Town Portraits focuses on presenting the world depicted in its pictures. It’s doubtful that the photographer would have OK’ed this particular selection of photographs. Obviously, we have no way of knowing. But I think in the end, he would have come around to appreciating what has been done. After all, the photographs powerfully speak of Macroom and its people, with the Dinneen bar serving as one of its social hubs.

Here, through the eyes of Dennis Dinneen, the unremarkable becomes remarkable, inviting us viewers to maybe pay attention to the unrecognised beauty all around us, in whatever unremarkable location we might find ourselves in. 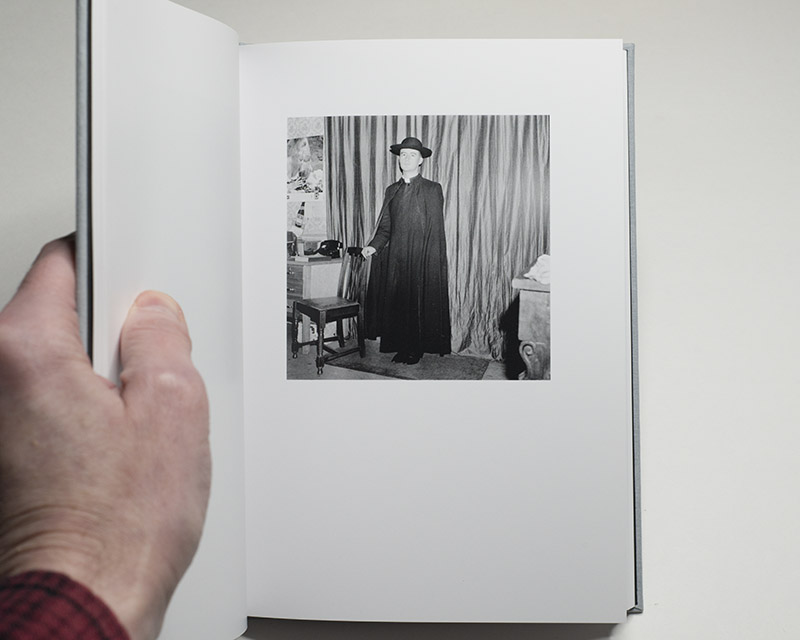 If I had to describe what I want from a good photobook, I’d say that it should have good pictures that are presented in a well considered package. I’ve written about this before many times, but the latter still is more of a bonus in the world of photobook making than it should be.

This particular book could serve as a good example of what happens when attention is also paid to graphic design and production. The design feels very contemporary without trying too hard to chase current fads: it’s understated, yet elegant. And I like everything about the production: the book’s size, the cloth cover, the relatively small square, …

In other words, Small Town Portraits demonstrates how a fairly conventional catalog can be produced in such a way that not only the pictures but also the object “book” are made to shine. That should always be the goal.