Just like probably a lot of people who don’t actually live in or near New York City, I’m pretty bad with any part of the city that’s not Manhattan. I know where Brooklyn is, and I have an idea where Queens might be, but that’s about it. I don’t know anything about the different parts of Brooklyn. Given I don’t live there I’ve never had much of an interest in learning more. As a consequence of that, until very recently, when Hurricane Sandy devastated the Rockaway Peninsula and I finally looked it up on a map, I had no idea where to find Rockaway Beach.

Rob Stephenson‘s There Swept out of the Sea a Song portrays the Rockaways. Still not having been there, I have no way of knowing how accurate that portrayal is. But maybe I should take that back immediately. While the idea of an accurate portrayal of a place is making the rounds more than ever, in reality there cannot be anything such as that. There can only be a person’s portrayal of a place, which usually says quite a few things about it, but which also, and crucially, tends to say even more about its maker. 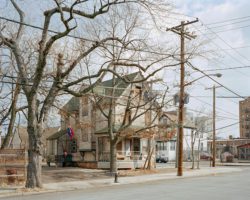 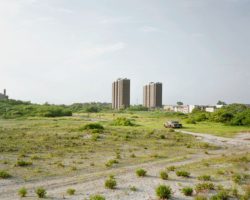 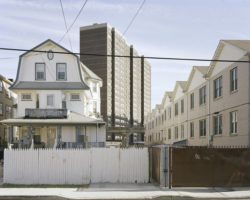 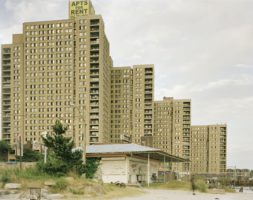 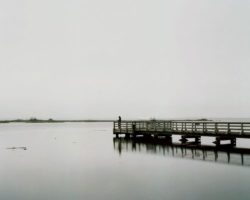 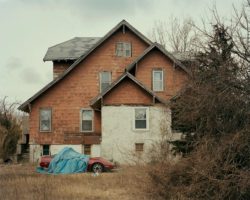 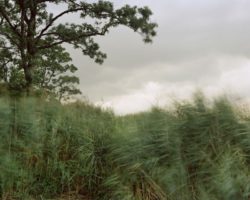 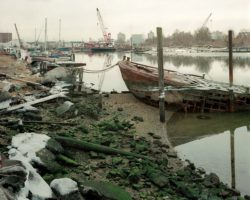 I believe this is where photography of any given place becomes interesting. After all, what good would a perfect portrayal be, other than saving the viewer the time to go there and experience it for her/himself? What would be the point of that? That would reduce photography to the status of an infographic. Certainly when we’re talking about photography that has artistic ambitions, the last thing the viewer might want to see is an infographic. Phrased differently, if a viewer doesn’t like the portrayal of a specific place, maybe that viewer needs to interrogate her or his own ideas of art, instead of blaming the artist for “misrepresenting” something?

Just like an artist will make photographs in a location that are not necessarily only of that location, the viewer will bring another part, her or his own ideas, to the table, and this is where things get interesting. As much as I dislike these kinds of comparisons, it might be helpful to think of a Venn Diagram, in particular the intersection of two sets. That little red area there, that’s where art gets made, that’s where the art lives.

The little red area, that’s what an artist is sharing with viewers. These photographs of the Rockaways present us with Stephenson’s vision, and they create their own echos inside of us – those massive apartment buildings that we might have seen in major American cities, the beaches, maybe an echo here and there of another photograph we might have come across (photographs don’t exist in a vacuum), the little narratives that might thus be triggered… That’s what makes photography worthwhile looking at.

That’s why photography can be an art form: Not because it shows something that exists in the world, but despite the fact that it does that.