In 1955, Marc Riboud left for what was to become a three-year trip east, vers l’orient, traveling to Turkey, Iran, Afghanistan, Pakistan, India, China, Japan… Thirty years old, Henri Cartier-Bresson became a mentor during that time. “I often found letters from Henri waiting for me at General Delivery in Kabul, in Jaipur, in Madras, in Ahmedabad, or in some Indonesian city whose name I forget.” writes Riboud in the essay that comes with Vers l’Orient, the publication, which makes the photographs from that time available again. Re-looking at the letters decades latter, the recipient finds “Henri again as he was when I met him – infused with that determination to proclaim what he believed to be the right way to photograph, to look at painting, to understand a country, to shun the picturesque, to ‘think’ a story, to ‘organize it in the mind;’ and of course to see – to learn to see – form and beauty.” 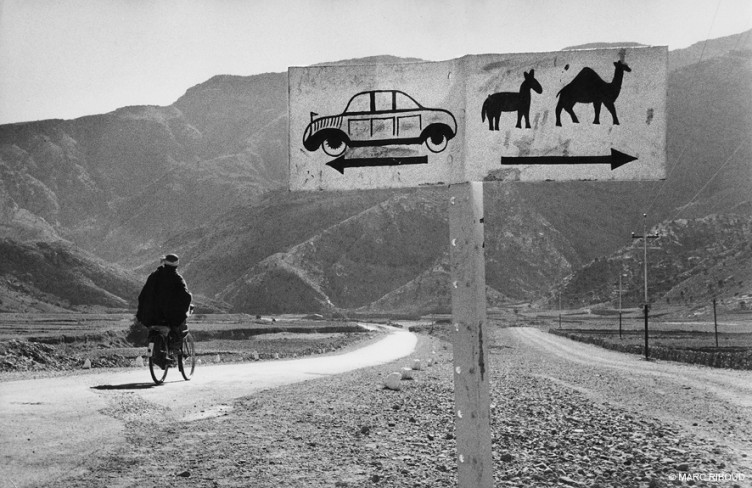 Can you imagine traveling the world, to find letters by one of photography’s greatest, addressed to you and delivered in physical form to whatever remote place you might be going to? To go off on that tangent, this is not just a different mode of delivery of information (which, technically, it is). It’s a different mode of time, where a letter might be on its way for a few weeks. It’s also a different mode of engagement, where what matters is not just what’s on view in the most popular galleries, or what’s hot in the most coveted magazines, or what’s on vogue on the most popular blogs or Tumblrs. How many of us take the time to look at painting, or try to understand a different country? 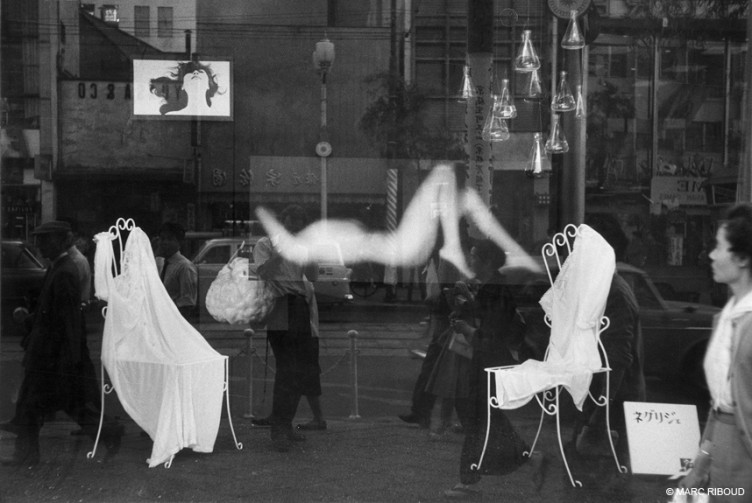 Vers l’Orient comes in the form of five books in a box. By themselves, the individual books are unassuming. Whoever thought of how to present these photographs resisted the temptation to produce yet another massive, glossy book with too many pictures. Instead, at 187 × 200 mm (roughly 7 ¼ x 7 ¾ inches) the books are modestly sized, and with 64 pages they do not allow for an overly loose approach to editing (which has marred so many recent releases of old material from other photographers). The presentation thus thankfully enhances the work very nicely, strengthening a sense of preciousness that can be found in many of Riboud’s photographs.

One could argue about whether or not the books show the photographer’s evolution as an artist. The different countries and subject matters would make this a tricky endeavour. That said, my favourite book by far is the last one, Japan, which is filled with photographic gems, beautifully seen moments, many of which are touching portraits. 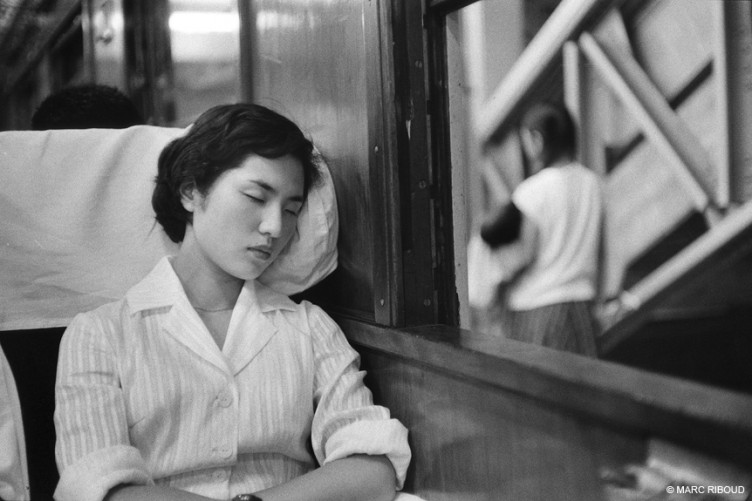 Knowing from Riboud’s essay that Cartier-Bresson sent regular comments about the work he was being sent from the Far East I have been trying to imagine the content. How instructive such a look behind the scenes would be! Maybe some day, we will all be granted a peek. In the meantime, there are Riboud’s photographs to enjoy, in the form of Vers l’Orient, one of the finest (re-)releases of old material I have seen in a while.