Because it shows what is, or rather was, photography doesn’t lend itself easily to talk about could be or might have been. All the discussions about the impact of digital technologies on the medium notwithstanding, there is a literalness to it that at times makes looking at a lot of photography hard to stomach. This looks like this, and that looks like that, and this here was there, and look at that — that’s all fine. But it needn’t be this way. Photography can do more, as long as you allow it to do just that.

A good case in point is provided by Mariela Sancari‘s Moisés, “a typology of portraits of men in their 70´s, the age of my father if he were alive today” (to quote the artist’s description of the book). I will admit that coming across the description and some of the pictures I initially was not particularly interested in the book. How many more family projects do I have to see? I’m not sure, but the number might be quite small. That said, if an artist manages to show me something I have not seen before, widening my view of not only this part of photography but essentially the world, then I am quite interested.

I am convinced that the reason why Moisés, the book, works so well and powerfully is because it is a very smartly designed book, in which the form and construction vastly elevate the photographs, creating an experience for the viewer that will make her or him feel the desire that was driving its creation. In a nutshell, the book comprises of two interleaving sections. The viewer alternatively opens a page on the left and then on the right, to reveal more and more. There is a somewhat frustrated obsessiveness of looking at a group of elderly men, which the viewer is made to be a part of. Consequently, she or he is being put into the same situation as the artist, wondering what the man not pictured might look like and, by extension, what a person he might be.

While many photobooks are essentially treated like maybe slightly fancy containers for pictures, Moisés demonstrates the power of this particular way to use photographs: with a simple, yet very strongly executed concept and construction, the book takes the viewer out of the world of literalness that so much photography never manages to leave. An impressive achievement.

Just to get this out of the way, Dodo by Adam Broomberg and Oliver Chanarin might be the smelliest photobook I own. I think if I had to locate it in my library in the dark I easily could.

Silliness aside, whatever you want to make of this prolific photographic duo, at this stage into their careers it is completely obvious that anything they do, they do incredibly well. Conceptual photography actually is one of the most difficult types of photography. It is the medium on steroids: photography itself is easy, but it is very hard to do it well. Conceptual photography is even easier (in principle, you don’t even need good photographs, provided you got a concept that will work with bad ones), but it’s incredibly hard to not only do it well, but to do it in such a way that once you’ve seen it all you want to go back and look again.

As far as I am concerned, the work by Adam Broomberg and Oliver Chanarin sets the gold standard of conceptual photography. There is no artist who can do it better, while, at the same time infusing their work with equal amounts of sheer wit, combined with a very well-defined political consciousness (Christopher Williams fans might disagree — feel free to convince me there’s even remotely as much wit and politics in his work). That’s probably my main problem with a lot of conceptual photography, where being clever is seen as the end, and not as a means to a completely different end. OK, I get it, you’re clever, and I am clever, too, because I get it, but that’s really not remotely enough for me.

So anyway, Dodo then, a book that I ultimately might see as a contemporary Don Quixote style tale. The book is so smart that describing it would require a lot of words, which I feel would actually take away from the enjoyment to be had with it. At its core sit the ideas of futility and folly, and how those two, when combined (as they inevitably get in times of war), tend to create what is best described as a clusterfuck. In a multi-layered approach, the book combines aspects of Joseph Heller’s Catch-22, a Catch-22 movie, archeology at one of the movies sites, and the sole still existing egg of the long extinct dodo bird. Make of that whatever you will, but just like in the case of Moisés you will have to see the book, because pictures online or descriptions (like the one above) just fall flat. 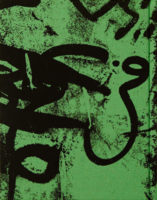 When browsing, I tend to look at photobooks starting with the back. But when I look at them, of course I start from the front. I never browsed for Matthew Connors‘ Fire in Cairo. So I didn’t realize until after I reached what I thought was its end that it’s a book requiring for it to be looked at like I browse, starting from what would ordinarily be its back. But this mistake (or maybe it’s not a mistake) made for an interesting experience, as photographs that alluded to a vague threat became ever more descriptive, to finally reveal the faces of some of those who had participated in whatever we now call the events in Cairo: the revolution overthrowing a military dictatorship, and the subsequent counter-revolution overthrowing democracy, bringing back, well, essentially the same-old military dictatorship.

I suppose it just wasn’t the democracy people wanted, as if you could cherry-pick your democracy.

However many images we have seen by now coming out of Egypt, Fire in Cairo is unlikely to satisfy the photojournalistic or documentary-photography crowd, and that can only be a good thing. Large parts of photojournalism have run themselves into a dead end, obsessing endlessly over image manipulation while churning out a never-ending stream of cheaply manipulative (where not outright exploitative) imagery that has long been failing to have the impact it used to have. If the underlying topics weren’t so gut wrenching and heart breaking, we could label parts of today’s photojournalism camp, a visual outrage machinery that, in all fairness, might just show in pictures what large parts of our culture have become (to a considerable extent thanks to the internet).

Fire in Cairo has very little of that. Instead, the majority of the photographs are formally abstracted, or they are simple portraits. Somehow stuck between these poles, the viewer finds her or himself struggling to understand what is going on, ultimately realizing that — possibly — there is no such enlightenment to be had, certainly not a simple one. Given that portraiture has the power to convince us that something truly matters, the inclusion of the large set of portraits is a smart choice. What is more, most portraits come in pairs, with slight variations between the picture on the left and right reminding us that even a photograph of a person doesn’t tell us as much as we would like.

I’m not sure Fire in Cairo isn’t concerned with itself more than with the events in Cairo, and, again, I don’t mean this as a criticism. For a start, photojournalism certainly is. But that aside, we all have to make sense of what happened and what now appears to be re-frozen again. There are different things at stake for those living there and everybody else, that’s for sure. But the book certainly is a product aimed at people who are part of a very specialized audience. As members of that audience we need to understand better what photographs do and how they can tell stories, so that when something happens we have an easier time understanding what’s going on. Seen that way, this is an ambitious book, and I think it succeeds brilliantly in doing what it does.