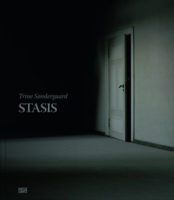 serves as a catalog for two exhibitions in late 2013/early 2014. An elaborate affair that is likely to make those eager to see beautifully produced photobooks swoon, it only has one problem: I wish budgetary restrictions had only allowed for including half the photographs (I know photobook budgets don’t necessarily work along these simple lines, but let’s just pretend they do). But maybe first things first.

Stasis combines photographs of austere interiors with very restrained portraits of young women wearing folk dresses. On the artist’s website, these portraits are separated into two sections, Strude and Guldnakke, the former usually offering some form of facial recognition, the latter none. Given their formal similarities, their differences are brought into a stark contrast: these photographs make the viewer look carefully. Through the attention brought to the photographs what separates them, what makes them stand apart, is brought into focus – where it exists, that is. The smaller the differences, the more those differences beg to be noticed, the more those differences speak – or fail to do so.

And all that can be said simply should be said accordingly. I truly believe that, especially in a field like photography, which – presumably – does the exact opposite through it giving attention to everything in the field of view. It doesn’t. It simply does not do that. If you think it does, you really need to look a lot more carefully.

There’s a quietness to the best photographs in Stasis, in both the interiors and the portraits, that is inviting as much as it is disturbing. There’s tension, which is not waiting to get resolved. Instead, it begs to be borne, to be lived with. While showing moments forever frozen in time, the photographs actually speak of everything that came before – and after.

But, and this is a very big but, this tension is taken away through the inclusion of too many photographs that fail to do that. It’s not only that there are too many photographs – a book of maybe 15 to 20 photographs might have been a killer, it’s also that they’re not all even remotely equal in any kind of way (other than by employing superficial formal aspects).

This makes Stasis a bit frustrating for this reviewer. But the best photographs – they are allowed to shine in a lush, beautiful production, which does everything right: the size, the production… I wish more publishers would pay this much attention to making beautiful photobooks.

Every once in a while, a book comes along that is so radically different that it makes me re-think what I take for granted. Such was/is the case with Yuanyuan Yang‘s 10 Days in Krakow. The book threw me off right away, by mixing still images from a Japanese anime film called The Sky Crawlers with photographs presumably taken by the book’s artist. For good measure, there are all kinds of other types of imagery thrown in, including vernacular photographs, archival ones, photographs sourced from what looks like the web… And all that centering on, roughly in this order, air war, the Krakow ghetto and Auschwitz, tourism related to those, contemporary Poland, a young woman who grows up and has a baby, a Russian actress who looks like that young woman, another Russian woman, and images of Polish airmail stamps.

My first instinct was, as is probably not surprising, to throw my hands up in exasperation over the mix of all of these things. But then, if we are to accept the inclusion of what is commonly called vernacular or found images in contemporary photography, why would this have to focus only on old photographs? What is it that makes screenshots from a Japanese anime film unsuitable? In much the same fashion, why should mixing all these different topics be taboo, given that in order to understand a subject matter might benefit from putting it into a larger context, especially one not prescribed with already existing and widely accepted meaning?

After all, if art is supposed to if not teach us something, then at least help us get closer to a better understanding of the world, we will have to accept it doing things we are not familiar with, things we do not take for granted. Don’t large parts of contemporary photography suffer from exactly this problem, that instead of being open to suggestions, they are prescriptive around agreed upon ideas?

I’m not sure whether 10 Days in Krakow does what it intends to be doing successfully (this assuming that I understand what that is, which might not be a given). It’s a hugely ambitious undertaking that maybe can only mostly fail. But success in the sense of getting something that is completely clear might not be what one should be after here. Instead, the book opens up new avenues for approaching narration in photography.

Maybe it’s not necessarily a surprise the book is a product of an artist who was not born in the West. What we have to gain from exposure to a wider range of ideas and work is not only seeing faces other than the familiar ones (which in the art-photography world predominantly tend to be white). We all need that. But we also and especially get to be exposed to ways of thinking that are different in the sense of their personal and/or political/societal/cultural backgrounds, but that are the same in terms of their desire to have us all learn a little more about ourselves. Diversity enriches us all. 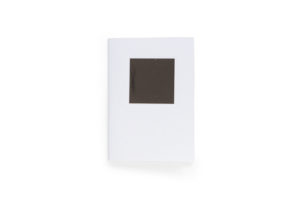 Apparently, Prince Harry spoke out against being part of a selfie a little while ago, which had The Guardian‘s art critic Jonathan Jones declare that the selfie time (“a global cultural obsession”) was over. Well, that settles that then, if some minor royal has that sort of power (“minor royal” here courtesy of David Campbell), and an art critic for an otherwise respected newspaper follows.

To tell you the truth, the more people like Jones (or the minor royal) rail against the selfie, the more I’m for it. I’m completely serious. I even bought a selfie stick a little while ago out of sheer spite (it’s true; haven’t had time to use it, though).

However much I want to agree with the idea that selfies ultimately are the symbol of this time’s collective narcissism, that explanation is much too convenient to be holding huge amounts of water. I don’t want to repeat what I wrote about last week, so I’m just going to refer the interested reader to that piece.

Part of the reason why knee-jerk reactions to the selfie phenomenon are terribly shortsighted are given by #Selfie, edited by Christian Rodriguez, a little book that contains a fairly wide selection of such photographs, sourced from the internet. Lest you wonder, the sources of the images are provided at the end of the book. So there are, for example, Kelly Nash who almost got hit in the head by a rogue baseball, Dasha Ria sitting in a car with very short hair and a long scar on her skull (hashtags include “#cancer #operación”), or Kay Kulkarni, one of the people who take selfies after climbing atop a skyscraper (this one‘s not in the book, but you get the idea).

For every picture that supports your narcissism theory there’s another one that blows a hole into it. For every picture that supports your idea that people are just callous there’s another that blows a hole into that. And there’s quite a bit of sexual imagery, of a surprisingly large variety. We produce selfies for all kinds of reasons, and as silly as some of them clearly are, as serious are others.

So #Selfie tells us something about what we think photography can do for us when we put ourselves into the picture. They transcend photography in a multitude of ways, covering the silly and the serious, the callous and the deeply caring; and maybe they’re one of the most honest types of photography.

Of course, selfies are self-curated and thus a form of propaganda. But despite that restriction, a lot of our own filters appear to drop, and we risk a degree of vulnerability that is rare in photography – not necessarily in every selfie, but in enough to make the phenomenon a lot more interesting that minor royalty or art critics might want to have it.

In case you want to get a copy of the book, maybe just write to the publisher. I bought the book at a zine fair in Brazil, and I don’t know how else to buy it.