There are many ideas around photography that appear to inflate what it – or its makers – can actually achieve. The medium is potent. However, this is mostly not because what it can do, but what it cannot do: its actual potency is its ability to remind us of how flawed we actually are.

Let’s say there is a picture of a dead child on a beach in Turkey, just one of the countless children who drowned in the Mediterranean Sea. Nevertheless, unlike all the other ones this child makes its way onto the front pages of websites and newspapers. If that picture somehow had changed the world we probably would not be witnessing the mind numbing and shameful displays of pettiness, xenophobia, and racism that still pervade discussions of how to deal with what is termed “the refugee crisis” in Europe. We would not be witnessing more border fences being erected in Europe, or US or Central European politicians talking of banning Muslim refugees for reasons that are as absurd as they are disgraceful.

I’d like to suggest the following. Let’s once and for all put the idea that photography can change the world where it belongs: into the part of our mental garbage bin that contains our delusions and wishful thinking.

Having spoken with a large number of photographers over the past decade, including many who either did or still call themselves photojournalists, I can’t help but think that they know what they’re up against. It is not for nothing that many photojournalists first risk their lives to take pictures and then bitterly give up on that.

While I can certainly understand the motivations for doing something else, bearing witness with pictures still is an incredibly important act. Even if there are no immediate repercussions, the presence of a witness who will bring back pictures is an act of affirmation: yes, this just happened, and we all get a chance to see. This young child drowned miserably, at an age where he should have happily skipped about some playground, and while nothing or very little might change at all, for a short moment we are confronted with his death — and by extension, the deaths of all those who drowned completely anonymously.

While one might reasonably argue about ideas of the child’s dignity concerning the photograph itself, the fact that it exists gives the toddler a kind of dignity of another kind: we are being forced to acknowledge, however briefly, what happened. This is how photography matters greatly. And this is what makes actions such as Ai WeiWei’s re-staging of the photograph so shallow and infuriating, however well meaning it might have been: there is nothing that can — or should — be added to the original photograph.

Photographers thus bear witness, and their pictures are best left as that: results of the act itself, expressions of someone’s presence who is willing to be a witness for us, someone willing not to avert their eyes — as we often do. What might result from the photographs never is clear, and more often than not the answer is: nothing. If we were to approach photography this way, especially photography dealing with what is commonly called “conflict”, I think we would have a much easier time learning lessons from them, a much better chance to see what they have to offer.

While the preceding offers an impossibly long way to introduce Noa Ben-Shalom‘s Hush, I believe it might allow us to fully appreciate what the book does. It comprises photographs taken in Israel/Palestine over the course of more than a decade, combining them with letters written by the photographer to friends. In contemporary photography parlance, the pictures tell the story of the “conflict” there. But in reality, they don’t. For a start, photographs don’t tell stories (collections of them might, provided they follow the rules of storytelling). But that detail aside, what these photographs really do, together with the words, is to center on bearing witness and on having to deal with all the pain, grief, and heartache that comes with not being able to easily hang one’s hat, given there is no far-away home to get back to.

Whichever of the various narratives around the conflict you might be eager to pick, Hush won’t easily let you. It won’t confirm your expectations, it won’t offer you the same — stale — visual diet we are used to from what we like to think of as the news. Instead, it presents that actually pretty small piece of land, fought over for generations now, and its inhabitants. It seeks to find the new approach to the land that might finally allow us to come closer to some solution, realizing full well that it’s probably an impossible goal. Bearing witness here truly and mostly means acknowledging the humanity of it all. As I said, that is what photography can do. What is to be gained from doing it well will become apparent to those willing to spend time with this book.

Troubled masculinity and a tendency towards gratuitous violence are character traits of the United States, which the country has so far been unable to shed. Awash in guns, all efforts to reign in a gun lobby that is completely and irrationally out of control are currently doomed to fail, regardless of however many people are being killed. Even kids in an elementary school getting gunned down didn’t result in any change. The emotional poverty of those resisting change baffles the mind.

Violence and its depictions are ubiquitous. Many television shows include large amounts of violence – whether psychological or physical – as regular fare. The most popular kind of sport leads to many of its practitioners retiring with copious amounts of brain damage. And politics itself has become increasingly violent, with anger levels rising, and agitators taking over the Republican Party.

Having worked with the collection of vernacular photographs assembled by Peter Cohen before, Melissa Catanese yet again dove into its strange world of pictures, to extract and compile Hells Hollow Fallen Monarch. It’s a book about violence, and about the enactment of the violent fantasies harboured by (mostly) men in the form of hunting.

It’s a grim book, a book that successfully manages to put violence and violent male fantasies center stage, with the most restrained means possible: just pictures of a relatively small variety. The key is the repetition, relentlessly showing more and more and more carnage. As is always the case, the easiest and simplest solution is the best. 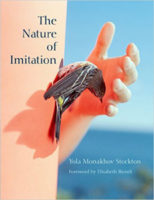 The harder you try to instill your photography project with conceptual rigour, the more likely the risk that you’ll drain it of all soul, of all that which makes it precious in any other than a cerebral sense. As much as I enjoy them, some of contemporary photography’s widely acclaimed bodies of work either have no soul whatsoever, or they feature an entirely artificial, entertainy, and thus ultimately just simulated kind of soul, much like a Hallmark card or an episode of Prairie Home Companion. In the latter cases, we run through the motions of being moved really just because we feel that we have to, even though deep down we know we’re being cheaply manipulated.

Photography might have a hard time dealing with the problem of soul, the problem of creating something that cannot be quantified, simply because of its technical nature (this might all get only worse with digital photography and all that talk that photographs – somehow – are “data”). But of course, there always is the hand of the maker, the photographer, and photography is a great medium in the right person’s hands. I had to think of that looking through Yola Monakhov Stockton‘s The Nature of Imitation, a book about birds (there’s that other weight photography can’t shake: it has to be about something, as if being of somehow wasn’t right).

Most people would probably not even think twice about birds, or they might just know them as exotic pet birds. Observing wild birds, the ones around us, usually is left to people we call bird watchers. If art means paying attention to something, devoting a lot of attention to something, then clearly photographing birds is a worthwhile artistic endeavour, especially if such work is also tied to being aware of the artifice around the subject matter (this latter point might be what separates wildlife from fine-art photography – please note I’m not interested in implying any value judgments).

The Nature of Imitation is a collection of photographs of and around birds, which often enough are almost a tad too good to be true: moments that cannot possibly have happened without all kinds of planning, or luck, or whatever else. That is art, too: getting those pictures.

The book might be pushing the envelope a little bit too much at times for this critic, at times being indecisive about where to fall, what focus to put on artifice. Had some of the Polaroids or the more obvious visual trickery been omitted, this probably would have resulted in a slightly more consistent experience for the viewer. Photographers, after all, often are bad magicians: not content with having tricks that work, they really need to show them off, overdoing it.

This minor quibble aside, in a world of photobooks that has become a little stale, a little too concerned with either its clever self or with some process that in ten years is guaranteed to look dated, The Nature of Imitation reminds the viewer what is to be gained from the seduction of pure photographic beauty, from seeing beautiful photographs of beautiful little creatures, creatures that, of course, often are made to follow our whims.