It’s easy to forget this, but the Western history of the sciences is rooted in outright quackery. The separation between quackery and “serious” science is not quite as well defined as we’d like to think — even today, your science might be someone else’s quackery (or the other way around). Just look at, for example, homeopathy, relics used by the Catholic Church, “the rising tide that lifts all boats” etc.

Roughly a quarter century ago, Lawrence Wechsler wrote a charming and very entertaining book about aspects of this. Mr. Wilson’s Cabinet of Wonder dives into the world of museums. In particular, it traces their history to a group of powerful and/or wealthy well-meaning people (from the West) who amassed collections of stuff, based on some larger idea.

At the same time, the scientific method has now separated out things that are admissible in museums and all the rest that is not. Again, this separation is not even remotely as obvious as we would like to think. We now also know about the flawed and lopsided history of art. Now museums are scrambling to address the issue that large parts of their collections were made by Western white men (to the extent that these institutions can or want to actually scramble).

At the same time, some art is art, while some other art isn’t (at best, it’s “outsider art”). Some people are photographers (with some even calling themselves “artists”), while all the other people who take pictures are merely amateurs. Looks like a contemporary form of quackery to me. But hey, what do I know? 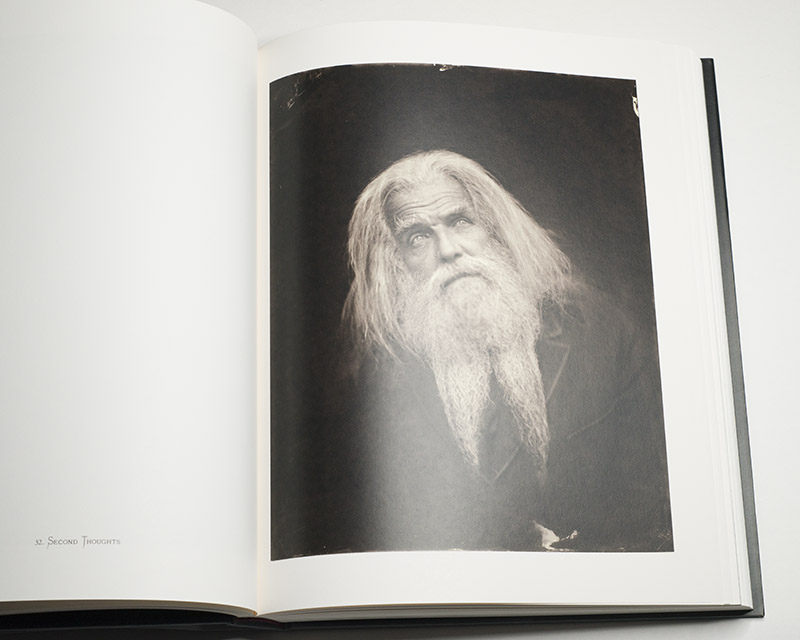 Given it’s a technical medium, photography has always been an attractive target for quackery — or for those playing with the belief invested by so many people in photographs. A good historical example is provided by spirit photographs. A contemporary artist exploiting the same belief is Joan Fontcuberta.

Stephen Berkman‘s Predicting the Past—Zohar Studios: The Lost Years is a recent addition to this relatively small but very interesting niche of photography, blending Fontcuberta’s approach with one familiar from Shana and Robert ParkeHarrison. The books comes with afterword by, yes, Lawrence Wechsler, which served as a reminder of the book I mentioned above (I read it about 15 years ago).

Ostensibly focusing on the work of one Shimmel Zohar, the proprietor Zohar Studios, the book presents us with photographs taken with the wet-plate collodion process. Due to the process materials’ properties and due to our own expectations of what historical photographs look like, it’s straightforward to buy into the conceit at hand: these are indeed re-discovered pictures, made by an idiosyncratic Jewish man who arrived in New York City at some stage in the 19th Century.

The form of the book (the treatment of the type etc.) and the inclusion of what looks like historical materials only serves to amplify the message. It’s all very well done, even though at times, it becomes very clear that what is on display is a photographic caper.

In some ways, I’m reminded of Mandy Barker‘s Beyond Drifting (which I reviewed here). But there are some differences. To begin with, Barker’s book ends up being closer to a historical book: it replicates large parts of an actual old book. But at the end, Baker also gives away the game to drive home the larger point.

In a variety of ways, Predicting the Past is an image-text piece. It is made to look like a regular catalogue, with the inclusion of a large section containing text about each and every image. For me, the essays provided for each photograph are where the true value of the book can be found. Through the organisation of the book, I could see how they might be seen as afterthoughts; but in actuality, the pieces are actually vastly more interesting than the pictures themselves. 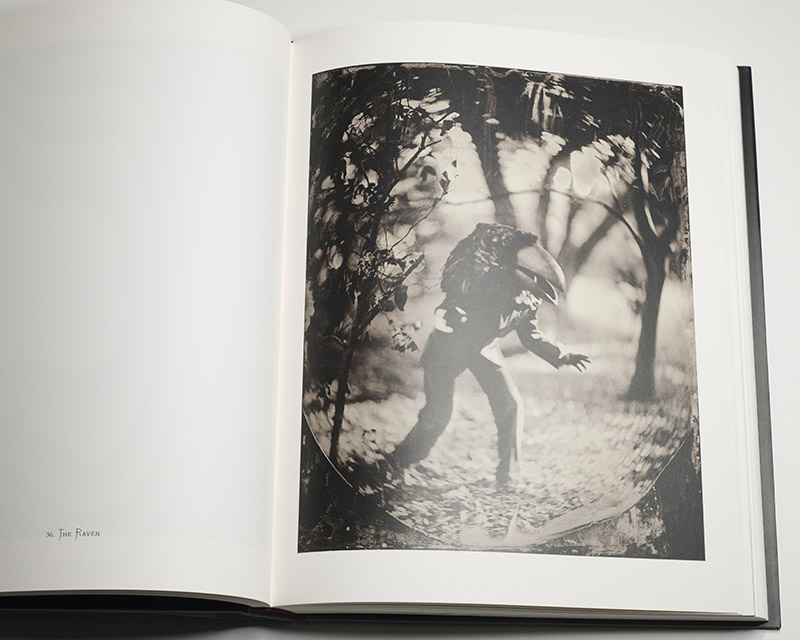 In each case, the connection between the text pieces and the photographs is provided by their captions/titles. In some ways, the fact that the photographs are such one-dimensional illustrations of the many incredibly fascinating and multi-faceted ideas expressed in the text hints at the very limitations of this medium: If you want to show something in a picture, if you point at something in a picture, you’ll inevitably produce an illustration.

I actually think that if the book had centred on the text, with the photographs serving as the illustrations they are, this would have worked a lot better. For that, though, the form of the whole book would have had to be changed. As an object, it’s enormous. On Amazon, it says that it’s 11.75 x 2.5 x 16 inches, weighing 8.55 pounds (I didn’t crosscheck this); and it comes with its own reenforced cardboard container.

I’d love to hold the book in my hands or in my lap, but I can’t. Or rather, I can but not for long. It’s just too heavy, too large. I feel that through its makers’ insistence on creating such a massive tome, part of its incredible playful quirkiness dissolves into sheer showboating.

I have another concern. While I appreciate the quirky quaintness of many of the ideas in the book — there clearly are many echoes of Jewish culture and of larger 19th Century sensibilities, I’m not entirely convinced that in photography, you can easily emulate something that musician Tom Waits has made a career out of: creating vastly exaggerated characters that are as absurd as they are engrossing (for the record, I’m a big fan of much of Waits’ post-Swordfishtrombones work).

Can the odd catchiness of Waits’ tunes (listen to, for example, Table Top Joe) be compared with the equally odd, yet compelling visuals of Berkman’s photographs? In some ways, I’m led to believe they can. Does music combined with lyrics transport its message in ways similar to photographs combined with text? That I’m not convinced of. Even as there are plenty of Table Top Joes in Predicting the Past (in whatever variant), the end effect isn’t quite the same. 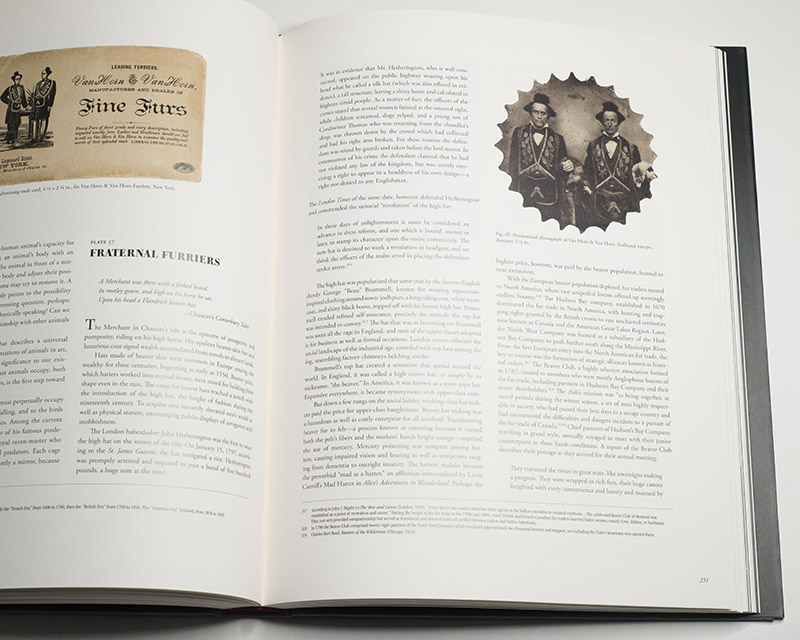 Or maybe it’s the fact that in some ways, Predicting the Past appears to have been made in another era. I’m not referring to the photographs but to the overall idea. At some stage last year (or maybe the one before — who has an understanding of time right now?), I watched the 1972 movie Cabaret. I was struck by how dated it felt as a movie. It’s not that it felt inappropriate to me; but I also felt queasy about its rather simplistic treatment of its subject matter.

This is not to say that I think something like Babylon Berlin is better. There’s still much to be said about its kitschified simulation of a Weimar-era Berlin in its final democratic throes. Still, when you watch Babylon Berlin, you can’t help but notice its implicit and explicit inclusion (and deliberate exclusion) of all we’ve learned since 1972. Any understanding of Weimar-era culture inevitably arises through contemporary filters: that’s why Kurt Weill and Bertolt Brecht’s Alabama Song sounds so radically different when you compare a 1930 recording and, let’s say, when David Bowie sang it in 1978.

With photography now having become a central currency in the fight over what constitutes truth, I feel that there is a missed opportunity here. The book could have challenged our own sticking with often misguided beliefs in photography a lot more than it does. Making a book like Predicting the Past now feels like or speaks of a luxury: the luxury of being able to ignore the weight of how history has been playing out in photography.