The artist, we are told, “photographs landscapes with a medium-format analog camera […] From this archived material she then constructs new landscapes”. If you’ve kept an eye on recent photobook releases, you would imagine that these words describe the work of Dafna Talmor. For sure they do. But I actually sourced the quote from Beate Gütschow‘s website, from the page that showcases her landscape photographs.

Had I shown you the photographs produced by these two artists side by side, you probably would have reacted to them very differently. Visually, their images have very little in common. Gütschow’s pictures very clearly depict landscapes, with various visual references to the tradition of landscape painting. If you have a keen eye, you can probably see that the images were produced with the help of a computer.

Talmor’s, in contrast, only very remotely look like images of landscapes. They’re fractured and disjointed, betraying the way they have been montaged: they were physically constructed. Your keen eye here will tell you that they were printed from montaged negatives (as opposed to Gütschow’s that were montaged in the computer using scans).

Despite their very different way of working, which results in very different looking pictures, these two artists have a lot in common. They both look at the idea of “the landscape” as it is — or maybe I should say: can be — expressed with photographs. After all, photography is one of those media where before the construction of an image comes the capture of the raw material it is produced from. 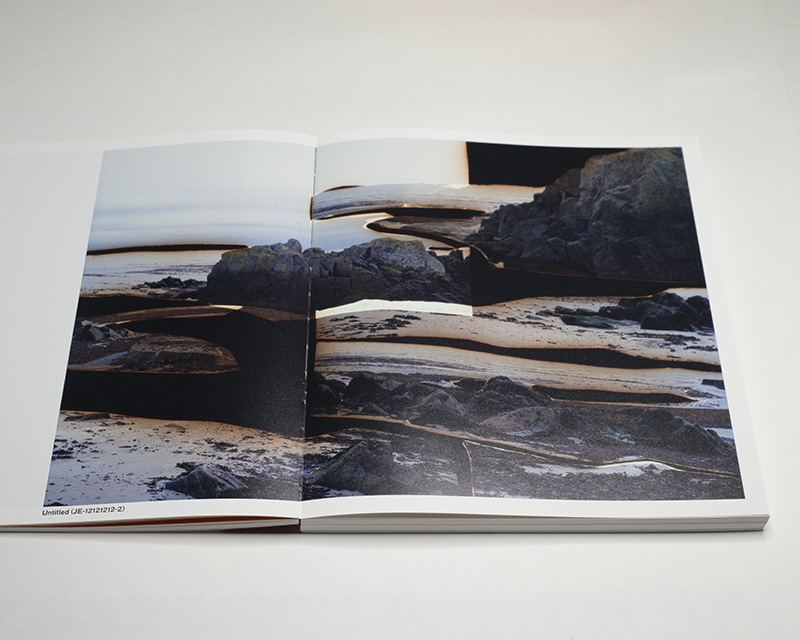 There’s nothing new to the idea of constructing a landscape from constituent parts. In the 1800s, artists such as Gustave Le Gray produced photographs from more than one negative. Given photographic materials were unable to render the sky and land (or sea) at the same time, he would make two exposures — one for the sky and another one for the land (sea) below — and combine them in the darkroom.

We have, after all, certain expectations when we encounter a photograph of a landscape, which is not the same as the landscape itself. To use Alfred Korzybski’s wording, neither a map nor a photograph are the territory. But there are other aspects. Landscapes come with a large number of ideas and feelings, many of which we arrive at through socialisation and cultural background.

For example, there is nothing particularly distinct about German forests other than that they’re in Germany. But culturally, they are thus loaded with all kinds of ideas and notions (not all of them entirely wholesome) that give most Germans the feeling to have entered a special place once they’re surrounded by all the trees. Thus, there’s forest and there’s “forest” (or rather, in German, Wald and “Wald”). As someone not from Germany, you simply won’t ever be able to access the latter.

Landscapes in general operate the same way, and it is exactly this idea that is picked up on by Gütschow and Talmor. Talmor expresses this in the interview that is included in Constructed Landscapes, the survey of her work, now out with FW:Books. Speaking about her various travels and her photographing, she says “I didn’t know why I was doing it; I just felt a compulsion to take pictures. When I came back to the studio, and looked at the contact sheets, I was always disappointed with the images — they weren’t really doing anything very interesting in themselves.” (p. 175; my emphasis) The photograph isn’t the landscape. 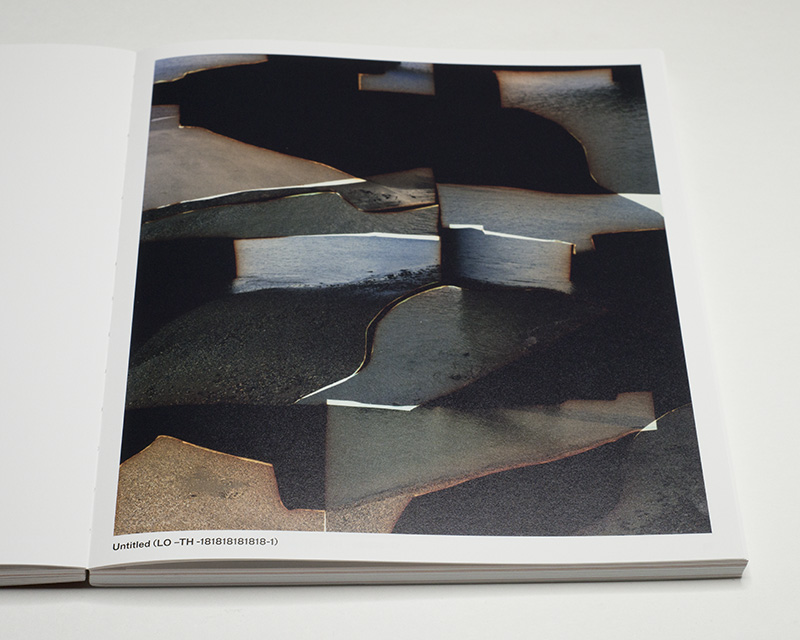 Unlike the source photographs, Talmor’s landscape images are interesting. They operate in this strange (art lingo: liminal) place where they clearly reveal the process of montage while at the same time presenting a landscape as well. Often, the constituent parts don’t fit perfectly — to the point of larger chunks of an image being a blank space (a visual terra incognita of sorts).

I usually find photography that centres on its own process tedious and boring. But Talmor’s is one of the few cases where process and idea actually overlap, so I’m always made to look beyond process. In other words, the work does not limit itself to “look what I can do” — that sad end point of so much very process-based photography.

Constructed Landscapes presents the images first, at times employing gatefolds to great effect. Afterwards, a surprisingly large number of other materials are presented, including variants of the same picture obtained through different work in the darkroom (or different papers to print on), individual (positive) source images, negatives, and images of montaged negatives.

In a nutshell, the book doubles as a studio visit — a refreshing approach to photobook making where the overall process mostly remains invisible. The sheer number of variants feels a little overwhelming; I’m not sure I needed to see all of it. And I found myself wondering why some images were chosen over others to constitute the end result. But these are merely minor aspects of the book.

I’m a little bit worried that a reader might arrive at the impression that somehow there is a deal of sorts between Hans Gremmen, the mastermind behind FW:Books, and me. There is not. It’s just that Gremmen very consistently produces the perfect book for a given body of work. In light of the following, though, I thought I needed to point this out. 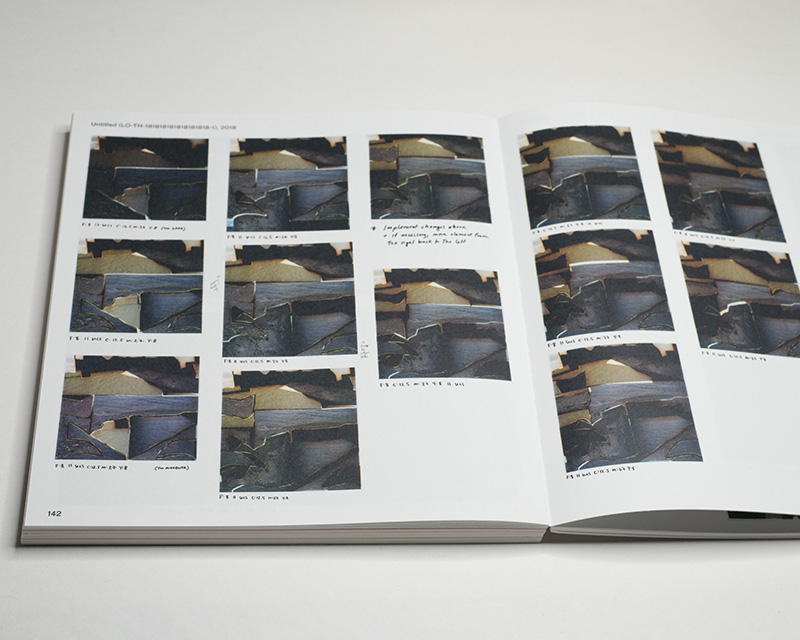 The form of Constructed Landscapes incorporates the idea of constructedness: it’s basically a text block without a hard or softcover wrapped around it, exposing the rough glue-string construction of the industrial Smyth-sewn binding. Different stock is used for the different parts of the book (plates, essays, index). As always the design is elegant while avoiding the ostentatiousness that at times creeps into Dutch photobook design.

In a nutshell, you could take the book and present it as a study case of excellent contemporary photobook design and production. This elevates and serves the work — the pictures in question — without attracting too much attention to itself. Perfect.