I often think that the world of photography could use a little Dada. For the most part, it is relatively conservative, staid, and literal. Photographers go out into the world with their little machines, and they bring back truthful pictures that are intended to enlighten and/or delight the viewer.

Discussions frequently center about to what extent the idea of truth depends on the photographer’s choices once the pictures are in their little boxes (whether as bytes or as undeveloped film), how to “properly” display something, or how terrible all the non-experts are with their desire to have fun with their own cameras. This is not to say that there’s no merit to this approach, but you’ll have to admit its utility ultimately is limited. And, frankly, it’s boring.

Dada, in the words of the site the link will direct you to, is “often satirical and nonsensical in nature.” At a surface level, that’s certainly true, but it also misses the point. Or rather, it misdirects a reader who might raise an eyebrow coming across “satirical” and who will then just stop short once s/he arrives at “nonsensical in nature.” Don’t things have to make sense? What’s the point of doing something that seems to make no sense?

Then again, what reactions are left to you in a world that itself is, well, Dada, a world that is so obscene in a very straight way that no reaction in kind will lead anywhere, certainly not to any deeper insight? That’s the position the original Dada was coming from. “While the guns rumbled in the distance,” Hans Arp is being quoted if you follow the link, “we sang, painted, made collages and wrote poems with all our might.” In the face of the obscenity of war aren’t such activities obscene? Well, sure. But what exactly would not be obscene?

In the British sitcom The It Crowd, one of the running jokes is that the two main characters, Roy and Moss, when answering their phone will immediately ask “Have you tried switching it off and on again?” That often works for computers. But it doesn’t work for societies, cultures, or smaller aspects of societies and cultures, such as the world of photography. You cannot solve its problems or challenges by switching it off and on again.

But you could embrace a Dada approach, something that is satirical and maybe so “nonsensical in nature” at first that a viewer’s autopilot will simply be forced to switch off old thoughts and deeply ingrained mechanisms for how to react and then switch back on to possibly — even just for a short moment — be open to something different.

For me, that’s the key to Dada: once you’re prepared to have it switch off and on your brain you might be able to see the world in a different way — however briefly. During that moment, the satirical parts of Dada will be thrown into sharp relief. It’s not that they will somehow be less satirical. Instead, it’s the complete opposite: their satirical bite will get vastly enhanced. And then you are presented with a choice: do I got back to the world I am so familiar with, ignore what I just saw, and proclaim I’m just confused about the nonsense — or do I take what I just saw at face value and let it guide me to new values?

In other words, Dada is a means to an end. It resists being seen that way very strongly, in part because to acknowledge it would in part self-defeat the whole underlying idea. To acknowledge it would pull Dada back into the world it proclaims to escape from (seen that way, Dada has much in common with a sulking teenager, who cares so much about the world that s/he pretends s/he couldn’t care less). Still, though, you can’t view Dada without its ultimate goal, the higher truth it’s attempting to get at. 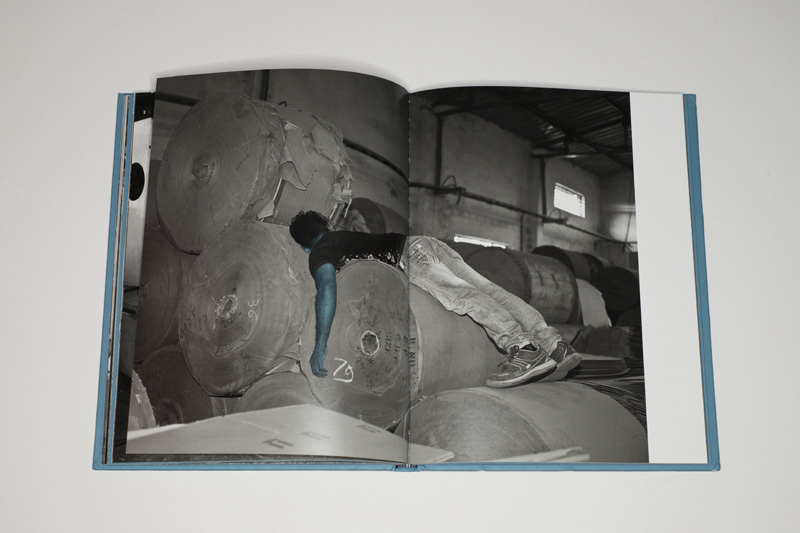 It might be tempting to think that I came up with my Dada reference for Cristina de Middel‘s The Perfect Man because of the prominence of Charlie Chaplin in the book. For a start, Chaplin (the character) wasn’t Dada. More importantly, though, in the book, the idea of Charlie Chaplin, here in the form of Indian men acting as impersonators (hang in there, this will all make sense shortly), is a Dadesque misdirection of sorts, and that’s where it gets interesting. After all, what the book really is concerned with is the role of both masculinity in India and the visual depiction of the country itself.

In other words, the book sits at the nexus of two huge topics that in one form or another for a few years have been plaguing the world of photography (or rather those of its members who have been paying attention to the various problems contained in the medium’s history). How would you go about making work that deals with this nexus? You could (the conservative approach) go to India and make earnest photographs around Indian men, trying to be very aware of the role of “the other” there (whether in the form of People of India or, more recently, around National Geographic-style photography done there). That approach could work, but of course, it’s fraught with danger.

Alternatively, and this is what de Middel does here, you could keep all that in your head as the background, and you could then, Dada style, make work around the topic that is so outlandish that a viewer will be thrown off balance, to approach the subject matter anew, freed from having to consider the various pitfalls (at least initially; also note that given the world of photography is so incredibly conservative, to produce something outlandish is a lot easier than in, say, painting).

So the viewer gets to see a bunch of photographs of Indian men attempting to look like Charlie Chaplin first, and the other photographs initially don’t necessarily register quite as much. The relevance of those photographs will become clearer later once the viewer is sufficiently ill-prepared to deal with what is being thrown at her or him, in other words, once s/he has lowered her or his defenses enough, given there’s the expectation of a book about Charlie Chaplin. 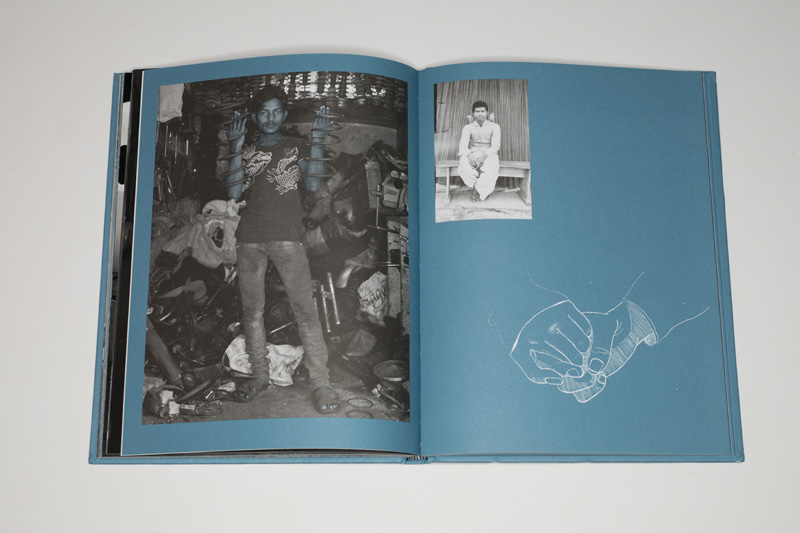 But it’s not about Charlie Chaplin, because the book proceeds to talk about ideas of masculinity in India: the jobs men might have and the expectations they have to deal with, given their culture. Borrowing ideas from Chaplin’s Modern Times, Indian men are shown at work, engaging in a variety of ways with the various machines near or around them. So the men now aren’t impersonating Chaplin through dress or masks any longer, they become Chaplinesque characters in their own world. This is a deft move by the artist, given that now the viewer is moved into the territory where s/he has to consider to what extent we all are products of the circumstances we find ourselves in and to what extent we are responsible ourselves.

In the final section, the book moves out of this realm completely, having sufficiently disarmed the viewer, to describe with a few pithy pieces of text the other side of this masculinity, namely the role of women in India and the frequent and widely accepted abuse directed at them. Here, there is no more Charlie Chaplin. Instead, the pictures all center on aspects of masculinity.

As can be expected for this particular artist, the book makes use of the various bells and whistles available for contemporary photobook makers. The various choices made are carefully considered — for example, the colour blue that is used widely refers both to blue-collar work and to a blue-skinned Indian deity associated with masculinity. The overall effect is one of playfulness, which adds to the initially disarming character of the book.

On the surface, this is no book for the vast überconservative block that forms the heart of photography. There is a lack of (surface) seriousness here, but the book also doesn’t pull a Martin Parr where you know immediately where you’re at. Instead, what might come across as just some sort of silly superficial joke becomes very serious, to, as I noted above, discuss topics that are in dire need of being explored more deeply. And the book does this very well.