How do you go about visualizing something that already happened, something that thus is completely inaccessible: the past? The past stays with us in the form of memories, and there is history. The former constitute our own history, and while we might not be too aware of it, our memories are a carefully edited version of whatever might have happened, including, possibly, things that actually never happened at all. History itself is not that different. It is designed to rest on facts, but those facts might in fact not hold up to further scrutiny (history gets revised frequently), and in any case, facts are being selected and interpreted.

Of course, that’s what photographers do: To select and focus on things. You would imagine photography would thus be ideal to tell history. But it’s not. Photography’s own seeming literalness gets in the way. If we could all just finally accept that photographs present a truth, but not the truth, if we could all just understand that what is not shown in a photograph might be just as important as what is shown, the medium’s power would increase considerably. In the meantime, photographers will have to make do with what they got, or rather: with how people deal with what they got.

After a long period of mostly silence about their own country’s past, German photographers have (finally!) started exploring it. Ulrike Schmitz‘s Museum of your Memories is another addition to the steadily growing number of such projects. The project deals with the lives of her grandparents, which after World War 2 had to move to the Soviet Union to work there. As specialists in aircraft engineering, their skills were desired by the Soviets, and they had to stay in Russia until 1954 in Podberesye, a town north of Moscow. 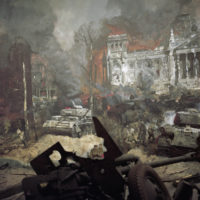 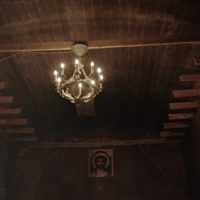 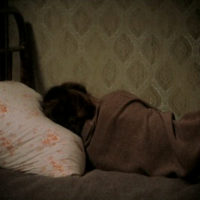 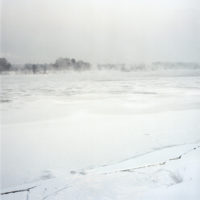 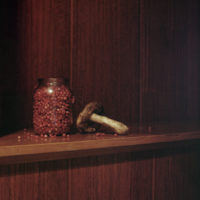 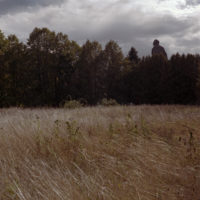 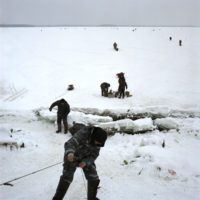 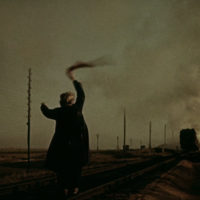 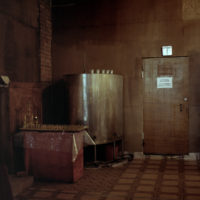 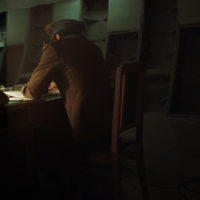 To build the story, Schmitz uses her own photographs and fill stills from Soviet movies. The inclusion of appropriated imagery has lately become fashionable in photography; and often, I can’t escape the feeling that artists are trying to get away with something, are trying to do something they feel they can’t do with their own images. But it doesn’t really work that way anyway, so we needn’t worry about any of this. If photographs just can’t show certain things then of course that applies to any kind of photograph, including a film still.

In other words, using film stills (or other appropriated material) really only muddies the water. Which is exactly what you need to do if you want to tell a story. As an artist, you just have to somehow break that literalness of the medium photography, that willingness of its viewers to believe everything they see. To tell a good story you have to spin a convincing yarn, meaning: you have to be able to somehow seduce your audience to see things that aren’t there. Appropriated imagery is a good tool for that, since it makes people believe there are suddenly multiple authors (there aren’t), and usually people will infer something from the different aesthetic. (the aesthetic of a photograph determines to a much larger extent how people will perceive it than many photographers realize – this is why using Instagram for photojournalism is such a terrible idea)

In Museum of your Memories the viewer seemingly moves between the presence and the (inaccessible) past: This is what this could have looked like. A fiction, created from another fiction (is your water muddy enough, yet?). It is a convincing fiction, though, in particular since it has the viewer imagine things. Break photography’s literalness, and people have to fill in the gaps, which they will happily do. (that’s the most difficult lesson to learn for photographers: You do not have to give every bit of information, because your viewers don’t need to know everything)

When telling a story with photographs, the idea is not to tell the actual, completely convincing story. Photography simply can’t do that. What it can do, however, is to tell a story that has enough holes in it for us to believe it, a story that lacks enough specificity to be believable – just like life, which, after all, usually is one somewhat messy, not so obvious affair. And this is why (and how) Museum of your Memories succeeds in doing what it is intended to do, bringing a story back to life.