Over the first half of the past 100 years, Germany was seen leapfrogging across the centuries, combining astounding progress in science, technology and the arts with shocking amounts of barbarism, which culminated in the Holocaust. Literally destroyed and dismembered, the country then spent the next fifty years trying to come to terms with its past, an endeavour that can only be described as incomplete in many ways. The country was insecure and uncertain of its power at the beginning of the 20th century, and it’s even more insecure and uncertain of its power now.

What exactly is Germany, or what does it mean to be German – nobody seems to know. As a matter of fact, in Germany it is widely considered to be either self-indulgent or politically undesirable (or, as is usually the case, both) to even think or talk about that. With the exception of Michael Schmidt, very few German photographers have ventured into looking at the country itself, looking at its identity (given so much contemporary art is so apolitical, one could make the point that this is hardly something unique to German photography). In the case of Schmidt, there is, for example, Ein-Heit (even though the book hardly has any text in it, there is an English version called U-Ni-Ty). Just as an aside, the book combined images from all kinds of different sources before this idea of photobook making became en vogue more than ten years later.

Against Ein-Heit we could set Gerry Johansson‘s recent Deutschland (see my review here), a portrait of the country produced by a Swedish photographer, a book in which politics and history play no role whatsoever. We could think of Ein-Heit and Deutschland as the extreme ends of a spectrum that covers the different approaches to this peculiar country in the very heart of Europe. I’m tempted to think that Oliver Kern‘s recent A German View (German title: Die deutsche Aussicht) falls somewhere in the middle of that spectrum. 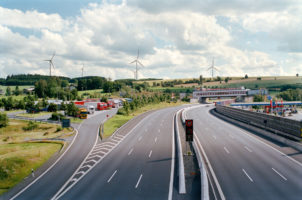 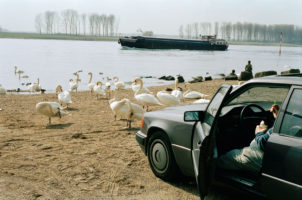 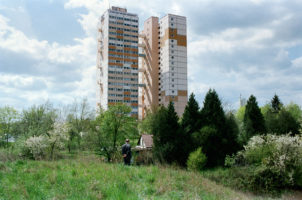 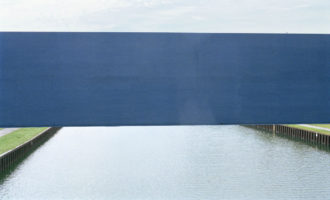 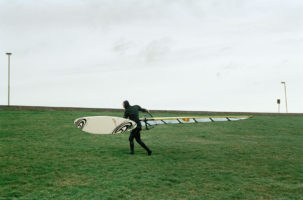 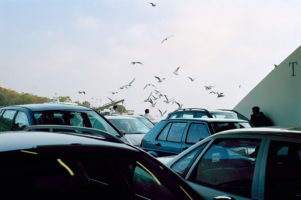 The strength of A German View lies in the fact that it portrays the country as a perfectly mundane place that, for the most part, is quite boring. Of course, seen from a German point of view that might really be the ideal solution, because being not boring, being extraordinary would carry all kinds of risks. If anything, Germans are risk-averse to an extent that often makes it hard for non-Germans to understand what is going on, given the amount of dread that is layered on the ubiquitous Gemütlichkeit (coziness).

Needless to say, you need to be careful with everything I’m writing here, given that I am German, at least on paper. Having lived in the US for over a decade now, I have no idea how German I still am (whatever that might mean) and/or how Americanized I have become. I simply don’t worry about it (which might indicate that I’m more Americanized than I might want to admit – Germans, after all, love worrying about things).

Coming back to the dread, I don’t know to what extent non-Germans who visit the country will be able to perceive it. Having spoken with expatriates living in Germany, it’s certainly something that people pick up on once they have lived there for a while. But A German View certainly isn’t about that dread. It’s mostly about looking at the land in a way that doesn’t appear to be too constrained. There is a lightness of touch to these photographs. You half expect to see some stuff – there’s your Autobahn, for example; but you certainly don’t expect to see a lot of the other imagery.

As a result, A German View confounds expectations easily, and it thus injects some fresh air into the idea and depiction of Germany. The picture at the top of this article is my favourite from the whole body of work. In a strange way, it sums up so much of this country, with its past and present, and those people going about their business, whatever that might be.