I recently reviewed Magnum Photobook, the catalogue raisonné of photobooks produced by the agency’s members. The book had me baffled, given its overall lack of insight. In conclusion, I wrote that as far as such books are concerned “I’d like to see more in terms of depth, a depth that a simple survey just can’t offer.” Ask, and it will be given to you: on my recent trip to Berlin, I found This Is Not My Book by Erik van der Weijde. In many ways, this book is the polar opposite of the Magnum one, which is where things get tremendously interesting.

The only thing these two books have in common is that they’re both catalogue raisonnés. In almost every other respect, they differ. To begin with, while This Is Not My Book does contain all of Van der Weijde’s photobooks, they are presented in such a way that connections between them become apparent, with spreads from different books intermingling in a set of categories (such as “Germany” or “Animals”). This is a smart idea, given it provides insight into the books’ connective tissue, into the artist’s thinking. Consequently, the reader/viewer is spared the tedium of having to look at one book after the other, instead being able to visually understand more about them — the pages that present the spreads are entirely devoid of text. In addition, selected photographs from various projects are reproduced throughout the book, again without additional text. 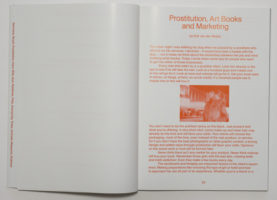 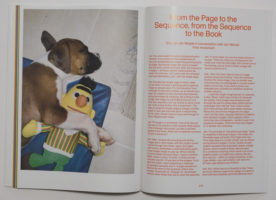 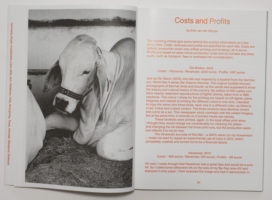 All of this, no doubt, is likely to frustrate the accountants of the photobook world. But This Is Not My Book clearly is not made for them. Instead, it’s made for people who might not be overly familiar with this particular artist’s output, while, at the same time, providing ample material for aficionados as well. In addition to the books, essays Van der Weijde produced for his website are presented, including his publishing manifesto or a short piece that discusses the similarities between prostitution and art-book publishing.

Beyond Van der Weijde’s own writing, there are two insightful essays by Jan Wenzel about sequencing and double-page spreads. Having just spent quite a bit of time on trying to discuss these issues in writing (see my Understanding Photobooks), I very much appreciate this author’s different approaches. And then there are four conversations between Van der Weijde and Wenzel/Anne König (two each, to be precise), which discuss various aspects of the artist’s approach to photography and photobook publishing. 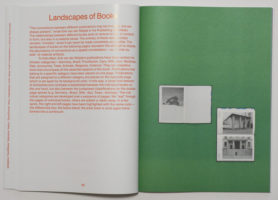 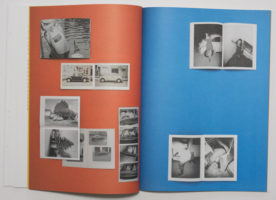 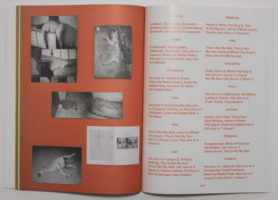 Together with Markus Dressen, König and Wenzel are the masterminds behind Leipzig based Spector Books, one of the most cutting-edge photobook publishers not just in Germany but worldwide. Especially those dismayed by the conservatism that runs through large parts of certainly the Anglo-American photobook world might want to pay more attention to what this publisher has been producing.

This particular book alone provides a great case in point how relatively small design decisions can have a huge impact. For example, all the text was typeset in orange, resulting in the text almost jumping off the pages. In addition, the book spreads are shown against orange, yellow, green, and blue pages so that in the absence of explanatory text the colours help guide the viewer. Without even knowing what the book would be all about, when I flipped through its pages for the first time, its visual impact sold it to me. It’s elegant and playful at the same time.

Thus, in all aspects This Is Not My Book is the kind of catalogue raisonné that demonstrates not only that such books needn’t be bone-dry boring affairs. In addition it shows that it is possible to provide further insight beyond mere listings (and displays) of the photobooks in question. Anyone looking through the book will gain a lot of further insight into the photographic thinking behind Erik van der Weijde’s books. But s/he will also learn a lot more about photobook publishing in general, whether it concerns basic problems such as how to sequence photographs, what two photographs do when presented next to each other in a single spread, or how the various decisions for materials and production might result in successful books. This is no mean feat.