However ambitious the members of Japan’s Provoke movement might have been, it was inevitable that it would run head on into a dead end. That dead end might have found its form in Daido Moriyama‘s 1972 Bye Bye Photography: where to go thence? Of course, as Moriyama demonstrated, you can make a career of shooting the same high-contrast pictures for another few decades. But that doesn’t necessarily mean it’s going to get you anywhere in an artistic sense.

In general, as a photographer you’ll run into a comparable problem any time your pictures’ form takes on a very dominant role. Unless you’re interested in formal aspects only (a very valid approach), you’ll find yourself struggling to have your content getting noticed. This is because in many cases, form becomes or maybe rather shapes content aggressively. This is true for Provoke (and its various offshoots, such as, let’s say, all those Scandinavian photographers employing the same tools), it’s true for classic photojournalism (with its variety of tiresome conventions such as high-contrast black and white, crooked horizon lines, etc.),  it’s true for the toy-camera crowd, for people using old Polaroid film… The list goes on and on. 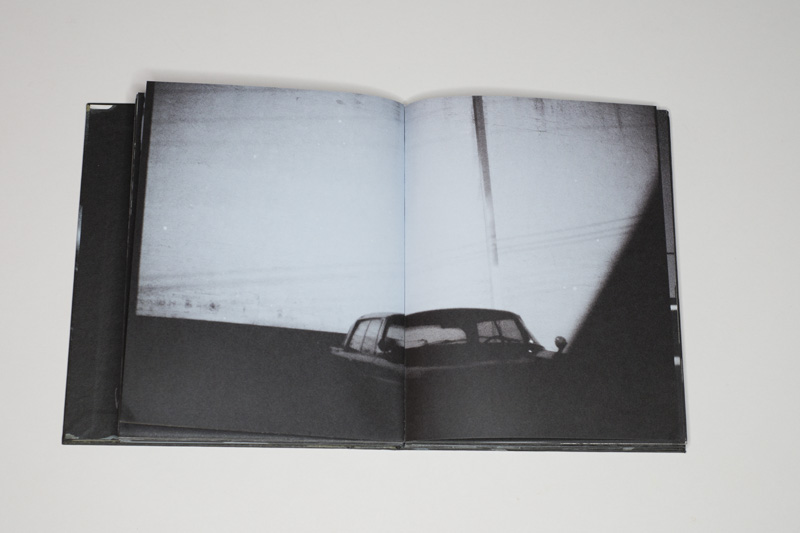 Consequently, you will have to be careful with your photographic materials — lest they overpower you and your ideas. This conundrum certainly applies for Michael Lange‘s LA Drive By — both for the photographs themselves and for the form of the book. Let’s begin with the pictures. As the book’s title indicates, they were photographed in Los Angeles, from inside a moving car. As a location, the city, whose form negates what Europeans would think of as the essence of urbanity, is unthinkable without a car. You have to drive around to get anything done, and of course you can turn this fact into your photographic strategy.

It’s hardly a very original strategy, but it’s important to keep in mind that not every photographic strategy has to be original at all. There’s much to say for following the trodden paths to see what the world has to offer you. On top of photographing from a car, Lange also used photographic materials that would leave their own traces (from the looks of it, some Polaroid materials). So now you got those two strategies, the driving plus the Polaroids, on top of something that is fairly familiar from the history of photography, resulting in a project that is difficult to do well.

Lange pulled it off. I’ll admit that I’m not in the least bit interested in Los Angeles or in cars, let alone in driving around for a long time. But I’m interested in these pictures. I’m still a bit undecided to what extent this is because of the photographs’ form. I didn’t mentioned Provoke for nothing earlier. There is a very strong neo-Provokian sense running through the book, with — for me anyway — clear references of Moriyama’s stray dogs or Yutaka Takanashi’s Towards the City, not to mention the occasional other Japanese photographer from around that time (think Shomei Tomatsu, who wasn’t a member of Provoke). That works for me. It does feel familiar, but it doesn’t feel so familiar that I don’t enjoy engaging with the images. 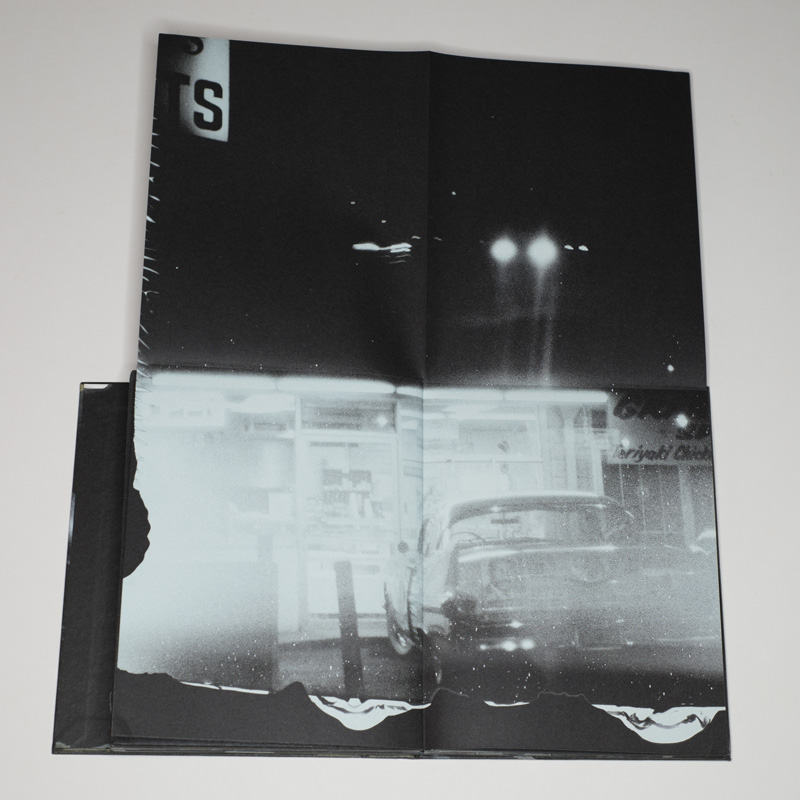 LA Drive By was designed by Sybren Kuiper. If you think you know what that means, then, yes, you’re absolutely right. On top of various gatefolds, here you even get posters. There possibly is a different term for what you call it when you fold a poster into a book. But at various locations in the book, what looks like a simple spread will unfold twice to yield an image that’s four times the size of a regular spread.

I swear, while I’m writing this I can hear eyeballs rolling in the more conservative parts of photobookland: isn’t this overdesigned? While your mileage might vary, I don’t think it is — even though it’s really, really close. But it works. The unfolding is worth it. There’s one image in particular that had me excited, where after opening up the poster I was presented with the underbelly of a commercial jetliner flying overhead (this image had me think of Tomatsu). In fact, without having seen these photographs on the walls of a gallery, I’m tempted to think that this form, the book, is the one I’d want to look at.

In part, this is because the movement through the book mirrors the movement of the car (this might sound simplistic and superficial, but I don’t think it is either). But it’s not clear if any of the photographs in the book are good enough to warrant being shown on a wall. I know this is a sentence that’s easy to misunderstand. The pictures are good. But I think they only work together, in this particular form, where everything comes together. It’s the book that’s the piece of art, not any single picture (of course, this type of thinking is common in Japanese photography). I think once you put these pictures on the wall, they lose whatever grit they have here and become decorative (I’m sure the artist’s gallerists will disagree with me). 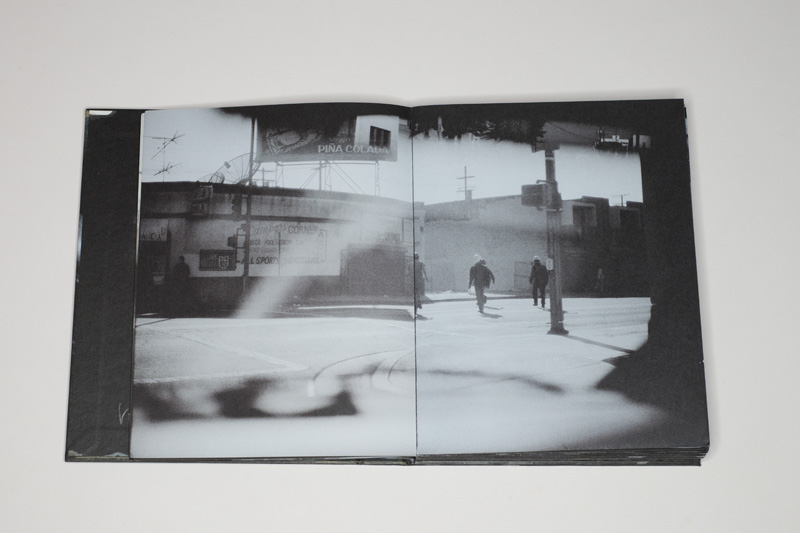 LA Drive By is a very good example of a book where its ingredients come together to deliver a very good book. As I hinted at, half of photoland is going to hate the book because it strays so far from their beloved gallery-show-on-paper format. Honestly, you’ll never be able to make a book that makes everybody happy. But seriously, put these photographs into that oh-so conservative format and, boy, would you have a terrible book. So this really works, and it works very well. Oh, and the production of this book is perfect. Anything short of perfect would have been a disaster for this complex production.