Working with photographic archives has become a very established part of contemporary practice. Such archives are often tempting because while having been created with a clear purpose in mind, the photographs were intended to serve as documents, and they were made without any artistic considerations in mind. This offers tremendous opportunities for artists.

In this particular area of photography, German artist Arwed Messmer has carved out a unique niche of his own. Having worked with institutional archives over the course of the past few years, he doesn’t see the images he encounters as raw material for his own artistic imagination. Instead, his is a deeply researched based approach, and the end results tend to live in a curious space where art and historical research overlap. They aren’t only art because Messmer stays very true to the integrity of his material. But they’re also not actual historical research because he will manipulate (for a lack of a better term) the material where needed to amplify the intended message. 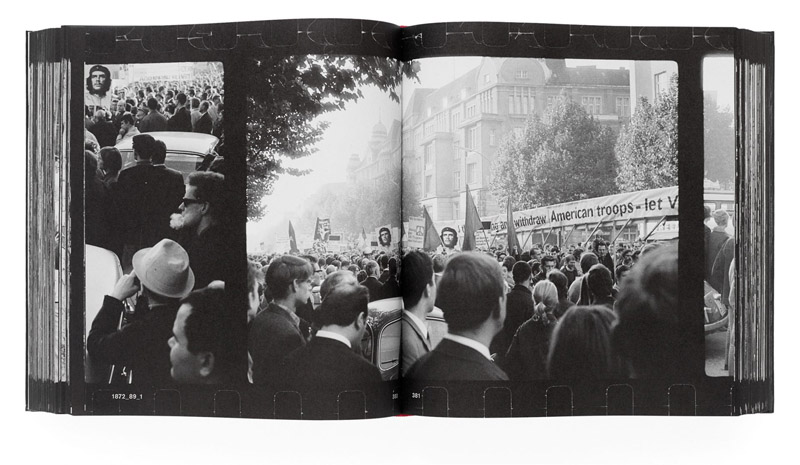 Messmer’s focus so far has been on post-war German history, covering aspects of both West and East Germany. His latest work, Berlin, 1966-70, focuses on one of the most pivotal eras in West German history. “[Nineteen] Sixty Eight,” Wolfgang Engler said to Jana Hensel in their marvelous Wer Wir Sind, “formed the beginning of a radical cultural modernization of the Federal Republic [West Germany]. In between the process went off the rails in the form of terrorism and violence, but the push was not being brought to a halt.” (p. 146, my translation) This pithy description of the outcome of the West German student revolt is one of the most insightful statements I have read in a while. I’m not old enough to have lived through the West German pre-1968 world. But in hindsight I recognize the shifting of things as they happened right before my own eyes.

Berlin, 1966-70 contains some of the key events that would culminate in what (West) Germans refer to as der deutsche Herbst [the German Autumn], which provided one of the most important tests of the relatively young West German democracy: how would the country engage with the double threat of domestic terrorism — a leading industrialist (previously an SS member) had been kidnapped by domestic terrorists, as had been a Lufthansa plane by Palestinian terrorists. The country passed the test, albeit not necessarily in the most glorious way (but, for example, the country did not execute terrorists in prison one at a time as had been suggested by one of the leaders of the German conservative parties). After West German security forces had stormed the plane to liberate the passengers, the industrialist was killed, and three of the four terrorists in prison committed suicide. Messmer covered this latter aspect in his earlier RAF — No Evidence, for which he was placed on the Deutsche Börse Prize shortlist in 2019 (watch the video to get an idea of his thinking). 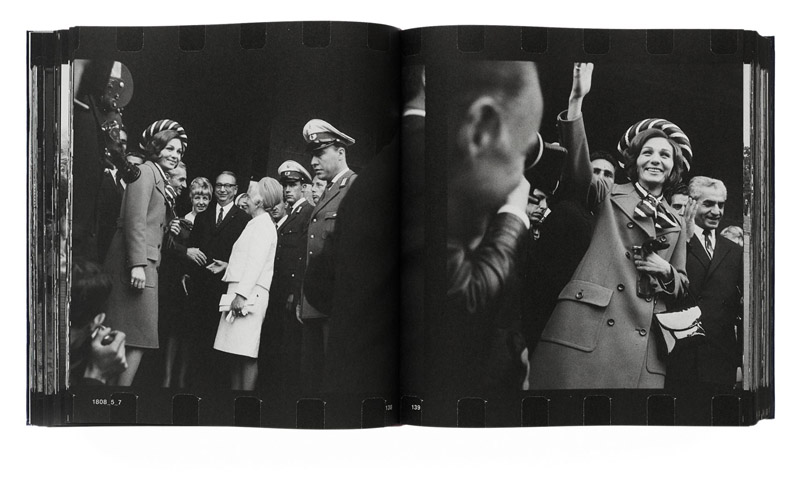 How did the student revolts lead to a series of West German domestic terrorism that was to last until the early 1990s? Events in (West) Berlin provide the key. For Berlin, 1966-70 Messmer managed to get access to an archive of photography done by the police. Regularly, they would send a photographer (or two) to the various protests in the city. These protests arose from students, and they centered on a variety of events, including, of course, the Vietnam war, but also more specifically a visit to Berlin by the then dictator or Iran, the Shah. Protests not only included old-fashioned demonstrations, there also were so-called happenings, Dadaesque forms of protest against the stale, rigid old order, which to a large extent was simply a continuation of previous Nazi institutions.

One of the crucial events of the time was the shooting and killing of student Benno Ohnesorg by policeman Karl-Heinz Kurras on 2 June 1967 (after the Wall had come down it was found that Kurras had been an informal collaborator of the East German Stasi, even though it could not be established whether or not the killing had been ordered in East Berlin). As a consequence, terrorist organizations were being formed, one named after the date, the other one the same Rote Armee Fraktion whose first leaders would meet their own gruesome deaths during the German Autumn. 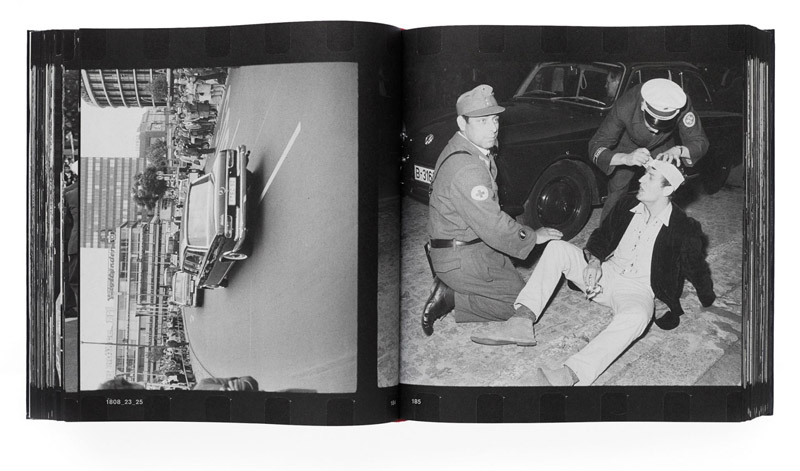 In the many photographs in Berlin, 1966-70, the viewer can find some of these future terrorists protesting in the streets. The pivotal Ohnesorg shooting is also included. For West Germans, one of the pictures of the aftermath became as iconic as, for example, the picture of the Kent State shooting would become for Americans (in both cases, a very distressed looking young woman is pictured tending to a serious wounded young man, and in both cases, student protestors were shot by the state). In the book, a different view of the scene is offered, which has strange echoes of tableau paintings or staged-narrative photography.

As is always the case with Messmer’s books, there are a lot of photographs (the book has almost 800 pages). In the past, I commented on what I felt was a need for a more strict editing of previous work — the artist has his own good reasons to disagree. Here, though, the large edit works for me: It reveals history’s glacial pace. While we tend to mostly remember dramatic events (here the Ohnesorg shooting), most of history unfolds very slowly right before our own eyes. As a result, for many events there are no specific origins, no events, no turning points. I’m not very interested in alternative-history mind games, but I’m convinced that even without the Ohnesorg shooting some of the radicalized students would have eventually formed a terrorist organization. 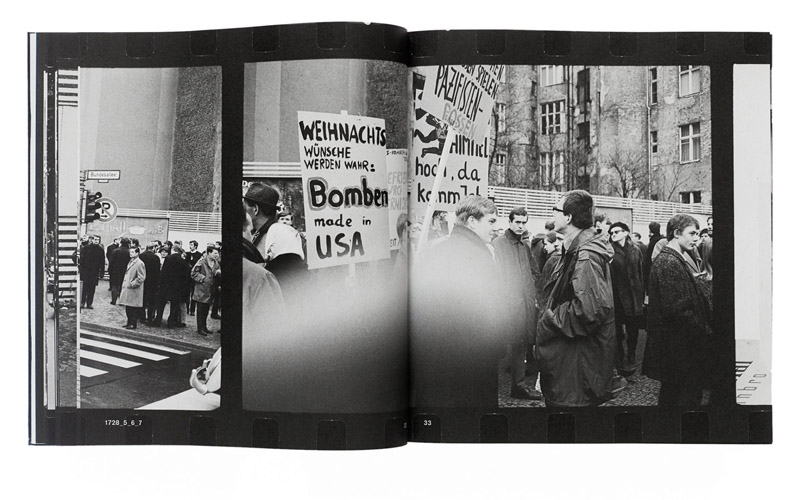 So what for many viewers might be a bit of a tedium looking at all of these pictures, very few of which are actually very memorable, this very tedium ought to remind us to be more vigilant with our own history, the one unfolding right before our own eyes.

Berlin, 1966-70 is a truly fascinating historical study in pictures that I think can be compared with the late Walter Kempowski’s Echolot project (as far as I know, only one book has been translated into English, the one dealing with the very end of World War 2). In both cases, a plethora of material, almost none of which has a larger significance on its own, adds up to a monumental event unfolding that would change the entire country forever.