This is such a boys picture, isn’t it? A photograph of a car — a covered car but a car nonetheless — in an urban environment. I’m not at all into cars, but I liked the scene so much that I took the picture twice, once in 2018 (on the left) and once three weeks ago (on the right).

If you look carefully you’ll see that that some time passed between them. The house in the background was now covered, and the mangled tree had more leaves but was now missing a y-shaped extension at its very top. It’s not clear to me if that covered car had been moved at all. At times, I’m thinking it had — its cover appears to have changed a little bit; but then couldn’t that have been the wind or possibly its owner straightening things?

These are pictures from Tokyo, a city that I had the opportunity to visit twice by now. Each time, I brought my camera, and each time the city resisted being photographed as much as it could. Much like in most Western countries, people, I was told, would be unhappy having their picture taken without their permission. Given I’m not interested in “street photography” that posed no problem.

That left me with the city itself — but what do you photograph in a city that’s so neat, so eager to present only its facade behind which the real Tokyo was happening, a real Tokyo that an outsider simply will not be granted access to? 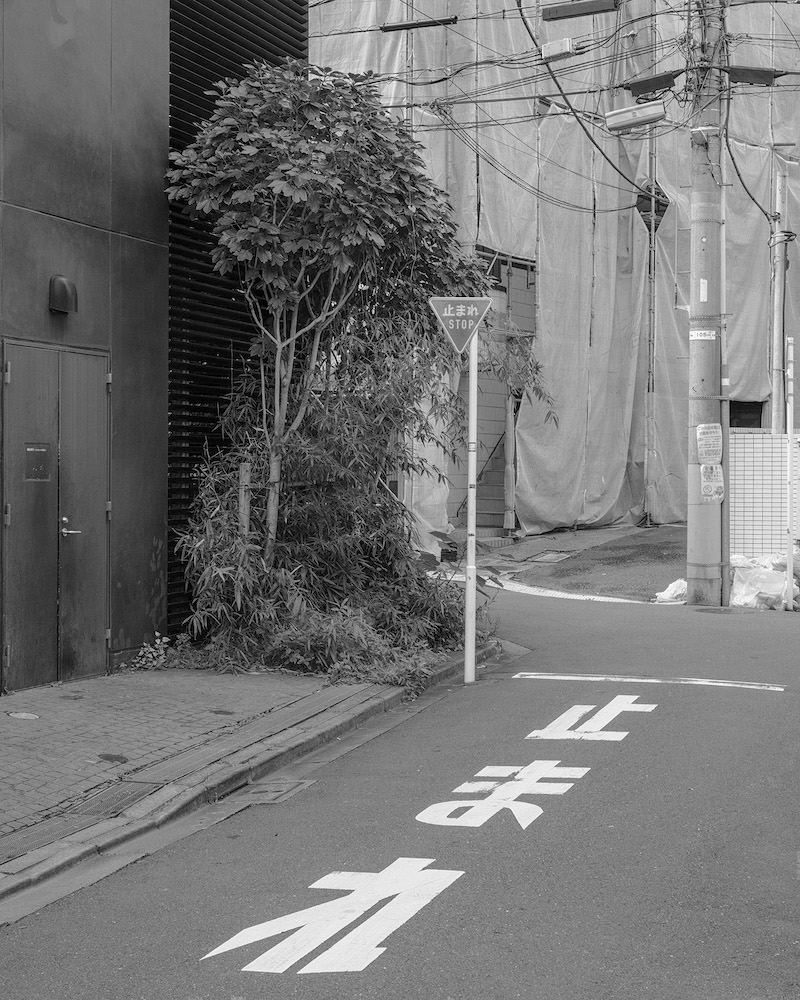 Last year, I produced a lot of pictures that centered on the city’s very obvious oddness. There were the rotators in the parking garages, there were what feels like an infinite number of orange cones set up to prevent access to what might possibly be remotely dangerous, there were the covered cars in their often minute parking spaces… That was all new and fun, and I made a lot of pictures, some of which I still like. But all in all, it left me wanting more.

What was that “more”, though? Obviously, I didn’t want a repeat performance of last year, so I tried not to photograph covered cars, cones, or garages. I think I got a little bit closer this time, even though every once in a while I did stray from my rule — to arrive at the repeat picture shown above.

The funny thing was that I seemed to remember that I took the picture already, but just in case… And then I did look, and yes, I had taken it already — the same angle, almost the same crop. Lest you think I was performing some kind of magic, to get the picture I had to photograph over a fence, and there was that one convenient spot where I would be able to step on a little barrier which would elevate me just enough…

I like the picture, but I only like it as much because I have it twice now (without planning it), and there is so little difference between what’s in those two frames. If anything, that’s maybe the most Tokyo I’ve ever achieved in pictures. The next time I go back, I could take the same picture again — or maybe it will be drastically different, given a building might have been torn down, replaced by something shiny, clean, and new. 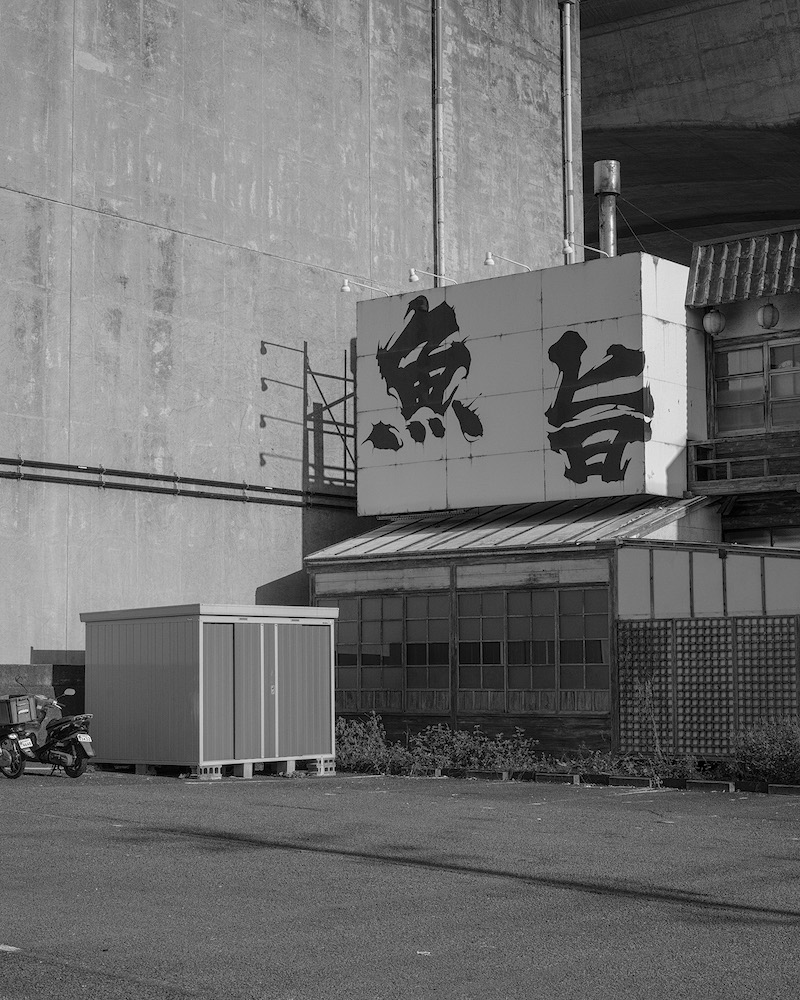 When I started to consciously take photographs with a serious camera again, a large part of my motivation arose from wanting to have these kinds of problems again: what do I photograph, or how do I photograph something? It’s one thing to write about photographs, and it’s quite another to make photographs (writers like me are essentially the barnacles on photoland’s hull, with the ship steadily moving in some direction whether we barnacles want that or not).

But photography also is a different kind of seeing, and, frankly, I was a little tired of only seeing the world through other people’s eyes. Some of these people are very good at making me see things, but I was wondering if I would be able to make myself see things that I hadn’t seen before. Turns out I was (I’m working on my first photobook right now), even though it felt that a place like Tokyo existed to expose me to the limits of my abilities. 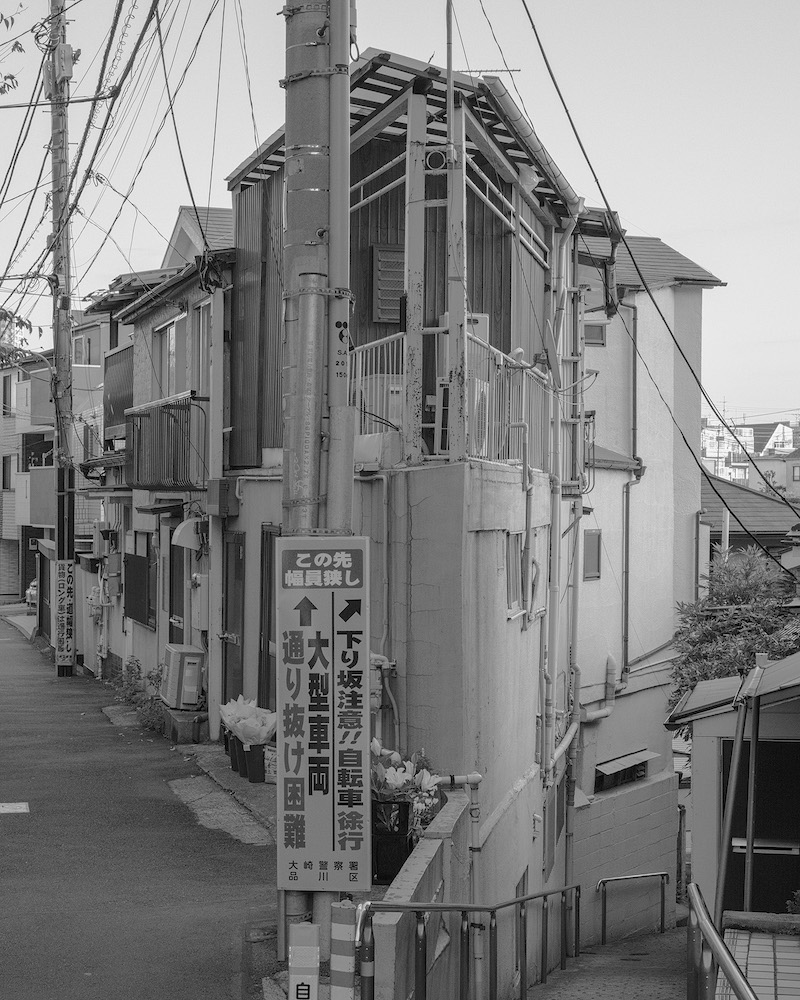 But it’s at the limits where most of the fun is to be had, isn’t it? Even though in the moment it might not necessarily feel that way. There were many days where I walked around to produce mostly shitty pictures. Tokyo being Tokyo, you never quite know whether turning a corner will produce more such pictures or whether out of the blue something magical will open itself up. I’m not at the stage, yet, where I could say what that “something magical” might be. For sure, it’s not the shrines or temples, though — they’re lovely but just terrible for good pictures.

It’s funny, I started to appreciate photography a lot more when I started writing about it (which had me stop photographing for quite a while). And then I began to appreciate photography even more when I picked up a camera again, to make my own pictures, pictures that I hadn’t made before, pictures that I didn’t know how to make. It’s places like Tokyo that I now appreciate the most, places that make it so hard to find good pictures. That intense and frustrating struggle that so often leads nowhere but that occasionally might offer an unexpected reward: that’s really what I personally want to experience.