After I received Xiaoxiao Xu‘s Watering my Horse by a Spring at the Foot of the Long Wall, I realized that I actually didn’t know all that much about what in the English-speaking world is known as the Great Wall of China (in the following, I’m going to abbreviate the title as Long Wall).  I knew that it had been constructed over time, and I had seen photographs of what I’m assuming are the most well-preserved parts that are easiest to reach for tourists and visitors from Beijing.

I’ve never been to China, so I don’t know what it’s like to live somewhere near the Wall. But in my life time, I have had the opportunity to see other very old human sites. I once visited Pompeii, which made for a deeply touching experience. A few days later, I went to Ercolano to see the excavations of Herculaneum. I remember walking down an extended ramp from the city into what looked like its exposed bowels. There it was, the ancient city — if you looked up, you’d see parts of the modern city just above.

There were people living right next to the remains of Herculaneum. The same rather basic and seemingly not particularly deeply insightful fact is true for many other places in the world: people live right next to remnants of antiquity. In Ercolano, I couldn’t imagine living right there. Wouldn’t I be spending all my time looking out of my window in awe of what was on view? I later realized that I wouldn’t. Even if I did for a few days, at some stage, I’d take things for granted. I’d get used to it. And if I had been born there, I might not even notice. 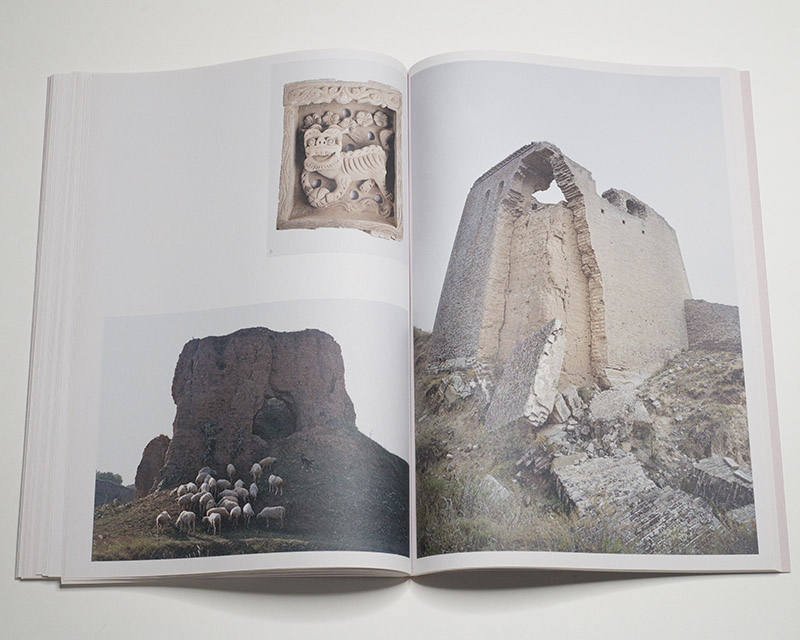 So the relevance of all the buildings, artifacts, and pieces of art left behind by older or even ancient generations is a mental construct more than anything — and it tells us a lot about ourselves. Seen that way, they are mirrors that we can look into to learn about ourselves. Photographs can operate the same way.

Much like you can travel down the Mississippi and take a bunch of pictures of old mattresses to speak of your loneliness, you can travel along the Long Wall and photograph people living their lives near it to connect to something inside you. This is the basic idea of Long Wall.

In the book, photographs from a variety of locations are combined with a number of folk tales and other text pieces that provide some insight into a variety of aspects of Chinese culture.

The photographs show a China that is very different than the one that has attracted the attention of so many photographers over the past two decades. Instead of gigantic megacities and huge crowds of anonymous masses, here rural areas, many of them not very well maintained, dominate. 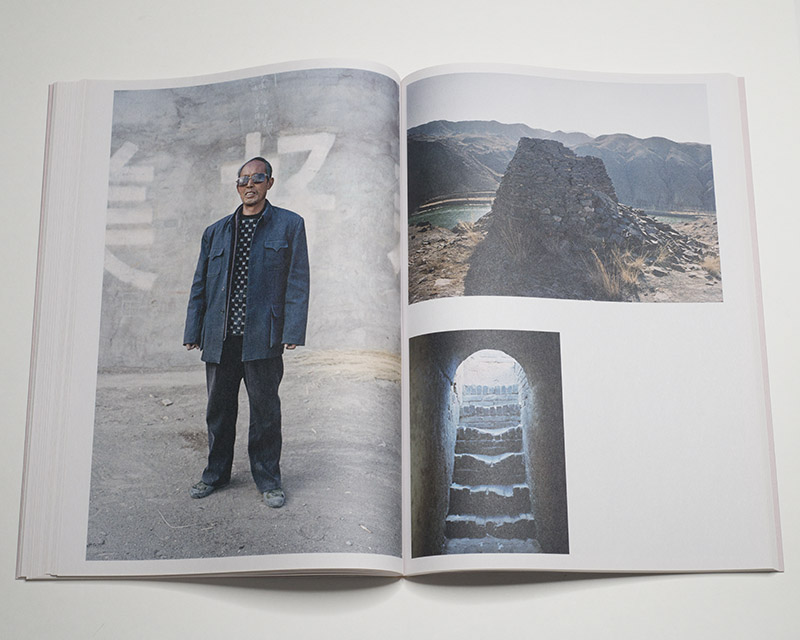 In light of the sheer extent of the Wall, this shouldn’t surprise us. Still, it’s a good reminder that our ideas of what China might be are woefully inadequate if the focus is only on recent developments in shiny megacities. There still are people who are plowing their fields in teams of two — one man pushing the plow, the other one pulling it.

There also still exist many other aspects of an older Chinese culture that its Communist Party has tried very hard to go away, for example its religions (such as Buddhism). So Long Wall invites the viewer to get a glimpse of a different China, one tied a lot closer to older traditions and a culture that has existed for thousands of years.

The challenge for the Western viewer is to be able to exposed to all of this without automatically applying ideas of economic utility: well, yes, you could view much of what is on view as underdeveloped — but why would you approach everything as if you were an economist working at the IMF?

A viewer would do well to simply look what is on view, look at the landscapes, look at the buildings, look at the faces of the many people portrayed in the book. The sheer variety of the photographs makes for a very engaging experience.

Having said all that, here’s my major concern about the book. The Eriskay Connection is a Dutch publisher that has produced a series of very well made photobooks, many of them relying on a combination of text and image. I usually look forward to seeing their books. 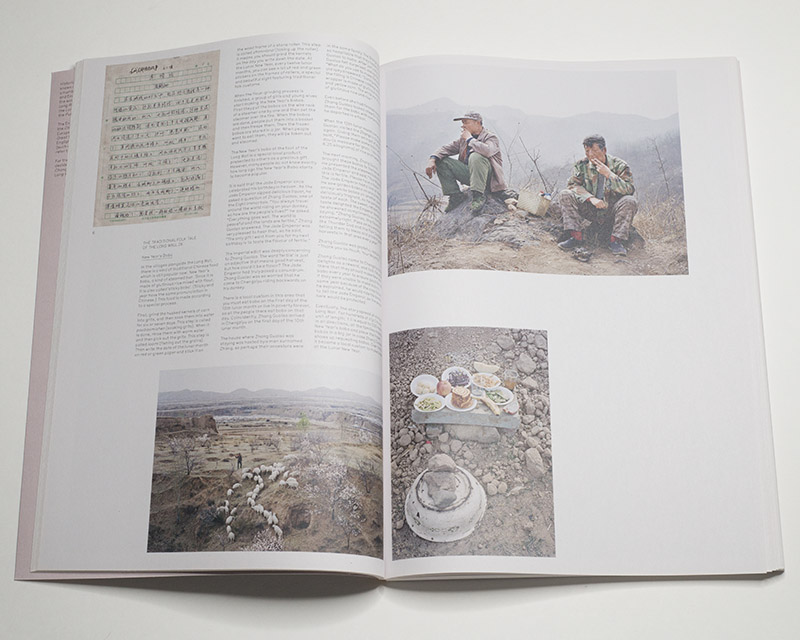 Unfortunately, I find Long Wall overdesigned and visually much too messy. Almost every spread shows a cluster of images, with configurations changing spread after spread after spread. As a consequence, almost all photographs find themselves in competition with other pictures, and the viewer hardly, if ever, can focus on an individual photograph.

Where they are single images across the gutter, those images mostly tend to be rather bland (the fact that the book doesn’t open wide enough for the full image to show doesn’t help). Maybe the worst aspect is that with the exception of the main essay, the bulk of the text is crammed into small spaces. That tiny text is very hard to read.

As a result of the bad design, it took me a few attempts to get into the book. In a photobook, layout and design should help transport the message — while making for an engaging experience for the viewer/reader. Here, the complete opposite is the case. I find this very, very unfortunate.

Watering my Horse by a Spring at the Foot of the Long Wall; photographs by Xiaoxiao Xu; essay by Maria-Caterina Bellinetti; 112 pages; The Eriskay Connection; 2020