There are two distinct eras in the long career trajectory of Einstürzende Neubauten, a German band whose name and demeanor almost comically reflects stereotypes about the country. There’s the early work, an accumulation of industrial anarcho punk (if you’re curious, this is what this looked and sounded like). And then there’s the later work, which stripped away the punk furor to replace it with surprising tenderness (that at times borders on sullen melancholy) on top of rough layers of banging on buckets or metal.

Even though the band has now caught a case of aging-rock-star syndrome (which has turned them into their own caricature), I’m a big fan of the later period. That later period showcases the experiences of a group of people who tried to bring it all down with their fury, only to realize that nothing is going to be brought down. Instead of capitulating, though, and of possibly switching to the other side, they still maintain their fury, being fully aware of its political impotence.

When I first look at Brad Feuerhelm’s Mondo Decay, I first thought of a song by Einstürzende Neubauten entitled Die Befindlichkeit des Landes. In some ways, this isn’t fair, given that the book comes with its own music in the form of a cassette tape (!). But I’m a visual person: when a book arrives in the mail I’ll look at the book, even if it arrives with a tape. I’ll get to the tape later. 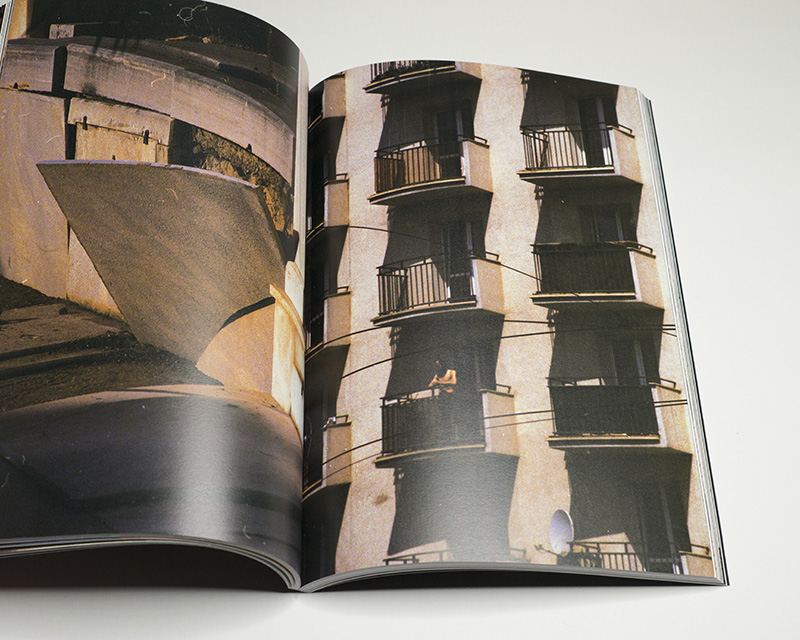 There are a couple of lines in that song that I’ve had in my head ever since I first heard it: “Alles nur künftige Ruinen / Material für die nächste Schicht” (“Everything is but a future ruin / To be recycled for the next layer” — my translation). There also is this line: “und in den Gräbern wird leise rotiert” (“and in their graves they’re turning quietly”). It’s a song that originated during Berlin’s construction boom in the early 2000’s (while it featured on their album Silence is Sexy — one of their very best, I first came across it on the soundtrack for the documentary Berlin Babylon, which of course is not to be confused with the recent and very different Babylon Berlin).

Mondo Decay is a book featuring all those ruins that at some stage were future ones. Not all of the photographs show actual ruins. Yet where a building is still in use, it’s covered by scaffolding or a tarp, or it looks run down and poorly maintained. Here and there, there are signs of the new, but the new is already semi-broken or malfunctioning.

This is, in other words, a book about our times and our world, a world ruled by aggressive neoliberal capitalism that only manages to sustain itself through an endless cycle of consumption, which literally is destroying the planet in more ways than just one. Even when there’s a pandemic, it’s the economy that sits at the center of people’s concerns: money is only pumped into the system to sustain consumption (instead of, say, lifting everybody’s living standards, especially if they’re essential workers). 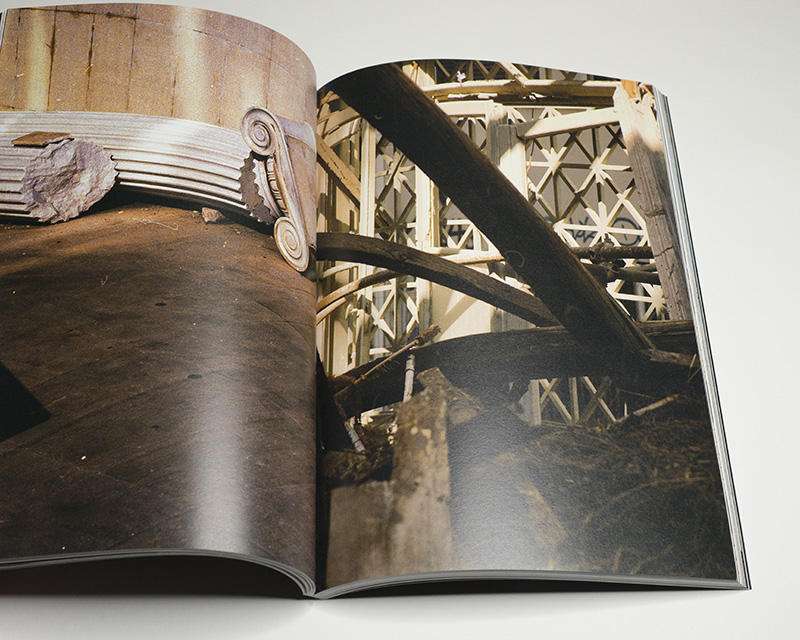 I already mentioned that the book comes with a cassette tape featuring the eponymous album by a band named Nun Gun (the photographer plays drums on four of the tracks). I’m no music writer, so my description of the sounds as “electro sludge” might not mean anything. But it still might be better than the impossibly wide array of tags on the Bandcamp site. To call the music sludge (btw, I don’t mean this as negative criticism) doesn’t do justice to the faster tracks. But I’m not interested in those. It’s the slower tracks that carry the album, and these make for a good soundtrack for what is on view in the book.

When I first popped the tape into one of my old walkmen, I couldn’t tell whether it was working. There was music, but it sounded like the little machine itself was on its way out (those who are old enough to remember the sounds of a malfunctioning walkman will know what I’m talking about). When I tried another walkman, though, it was even worse (I ended up throwing out two of the three I had accumulated, because they definitely were broken beyond repair). Turns out The Spectre, the first song, does indeed incorporate the sound of broken tape-based machinery. I enjoyed this aspect quite a bit (and it’s a great song).

Brad Feuerhelm, involved as photographer and drummer in this project, is a well-known figure in photoland. His writing regularly appears on American Suburb X and there’s the Nearest Truth photography podcast that’s not that old but already has 170+ episodes. This isn’t Brad’s first photobook, and I suspect it won’t be his last. With my reaction to the book/tape I’m obviously biased because I also do more than merely writing about photography. 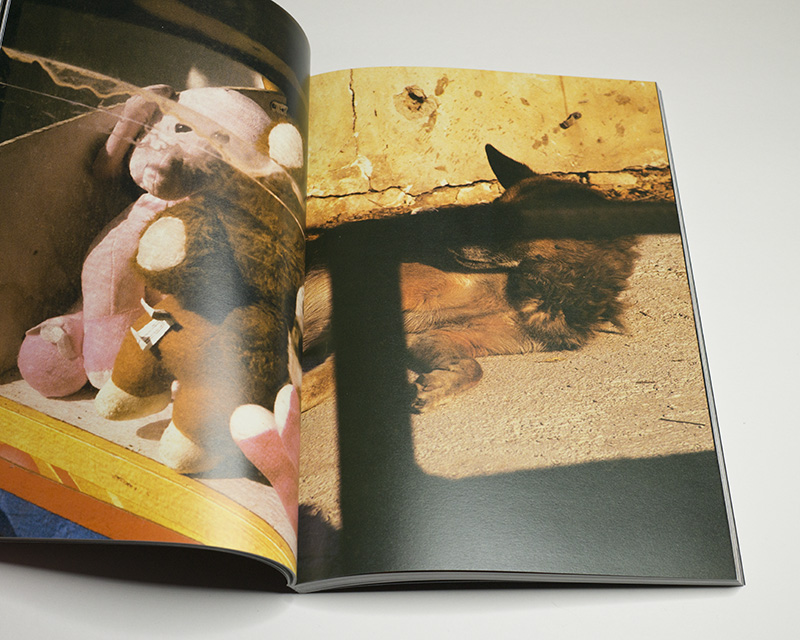 But much like Brad (and a number of other of our colleagues), I don’t subscribe to the old-fashioned idea that you can only be — or should only do — one thing. Obviously, in the past, doing one thing (let’s say being a writer) was a lot easier, given you would have found good employment or a steady trickle of well-paid work. Those days are gone, though. So why limit what you do to one thing when you can do a number of them?

At the end of the day, all that matters is that whatever you do, you do it with integrity in mind, aiming for an outcome of the highest possible quality, thus hopefully enriching the conversations in the world of photography. And you do it with a sense of generosity, knowing that nothing arises out of nothing. Brad for sure does that as well, and now you can see and hear his artistic side with Mondo Decay.