There’s something refreshingly faux disingenuous about printing the basic description of a book, those few summarizing words that tend to come under a press release or review, on the cover of a photobook. This is what Tobias Kruse did with Material, a book that according to said summary has 216 pages, with 137 colour images showing 42 locations and 35 people (I did not verify these numbers).

There also is something refreshing about publishing a book that at first glance doesn’t differ all that much from a well curated Instagram stream of a visually very adept photographer, especially in light of the book’s materials being rather basic — the paper almost has a newsprint quality to it, and the softcover is barely protected by a dust jacket printed on a very light paper stock.

This all has me think that these choices are getting at something: first, a rejection of the importance that often is communicated with choices of materials and presentation — you, dear viewer, are holding a precious piece of art in your hands — and second, a rejection of most photographers’ attempts to very clearly distinguish their images from those taken by the (much, much larger) rest of the world.

Material essentially is a very good collection of very good snapshots, and from the preceding it’s probably clear that no attempt has been made to conceal this basic fact. It’s a chronicle of the photographer’s life, with many close friends, children, and loved ones making frequent appearances. I personally know the photographer and some of the people depicted in the book, but I don’t think such knowledge is needed for such an observation. It’s easily apparent from the pictures themselves. 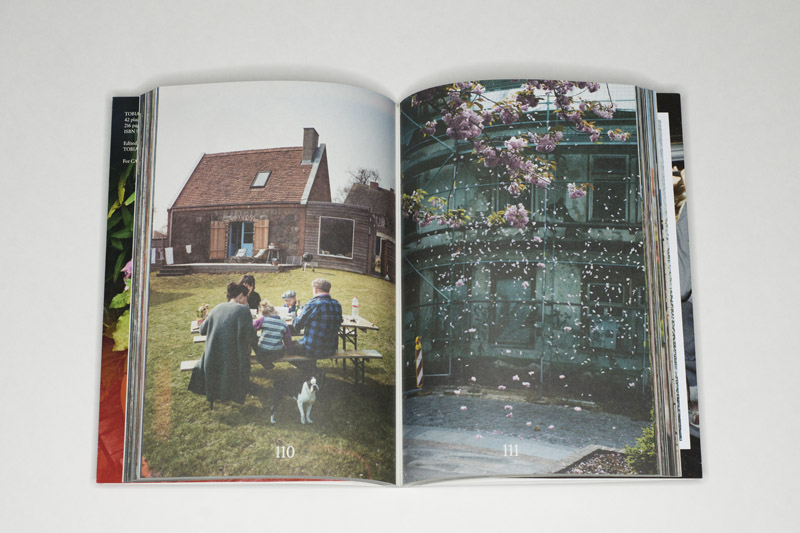 But there’s something else that easily apparent, namely the photographer’s sheer enjoyment of taking pictures, of converting little moments or observations into photographs. I’m not sure any of the moments or observations captured in the book are in any sense consequential — but that might in fact be the real reason to photograph: it’s not to look for the consequential (even though there are contexts in which that might matter), but to simply engage with a moment deeply, and one of the ways of doing that is to take a picture (ignore those that claim that photographing something takes away the actual experience — they merely apply their own limited view of things and attempt to claim universality).

In a sense, Material thus is almost the exact opposite of Daido Moriyama’s Shashin yo sayounara (Farewell, Photography!), a book in which the Japanese photographer pushed photographic artifice to its (then) extreme while taking pictures of equally inconsequential moments and observations, an unabating rage against the photographic machine and the things you could do with it. Assuming you wanted to, you maybe couldn’t make such a book any longer. But the real question, especially now that photography has essentially become a social tool more than a technological practice, is why you’d want to.

After all, now that photography has lost its status as a mostly elite entity, controlled and produced by highly specialized people who could always outperform everybody else, instead of bemoaning the state of the photographic world (“too many pictures”, “everybody *gasp!* is a photographer”, “everything *sigh* has been photographed”) photographers (here meaning the members of photoland) might as well make the best of  what at least to me looks and feels like an incredibly exciting time. 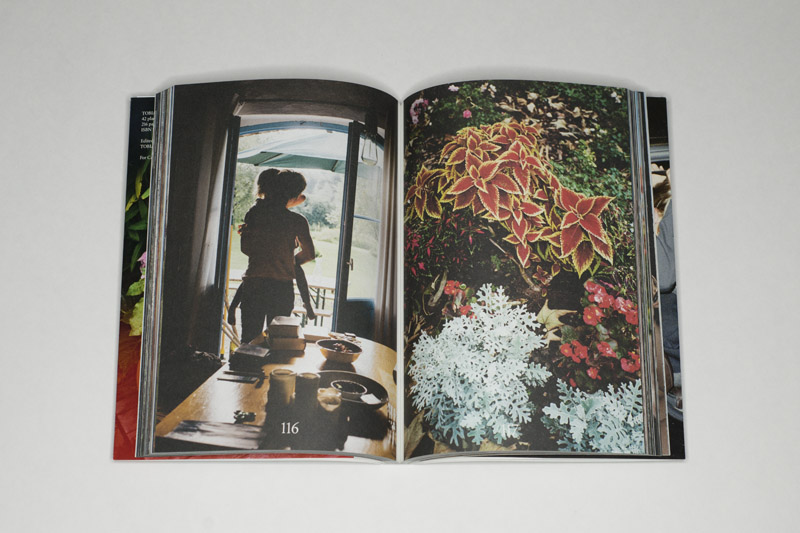 Maybe these considerations are overloading Material with a meaning and importance that it was never supposed to have — knowing the photographer, I have an inkling how he might react to reading this. Still, often enough the pretend or actual weight of so many photobooks leaves me wanting for less — less drama, less pretense, less preciousness — and more — more beauty, more lightness, more enjoyment.

Seriously: why is so much of what is produced in photoland so fucking joyless?

So this book brought a sense of all of what I have been craving, and it was a welcome and much-needed relief from all the rest. This is not to say that I dislike all the rest, on the contrary. But without there being counterpoints the weight I was speaking of above becomes too much in more ways than just one. In particular, it runs the risk of coming across as a weight for its own reason.

Material presents me with a world that I want to be a part of — not necessarily the one depicted (even though for sure I enjoy spending time with the various people I know), but one in which the small moments in life, however inconsequential they might be, become heightened through someone paying attention — whether it’s me or someone else who will then proceed to show me.