When nuclear powers agreed to stop testing nuclear weapons, they didn’t do this out of the goodness of their hearts. Instead, they agreed to the ban simply because they knew that they could run tests of another kind. Ever since, powerful supercomputers have been dedicated to running simulations of nuclear weapons. In fact, some of the top spots in lists of the most powerful supercomputers are consistently occupied by such machines (here’s a list from 2018). It that’s a very sad state of affairs. Unfortunately, it’s just one aspect of the enormity of resources that major nations spend each year on entirely destructive purposes.

One might naively imagine that you need a supercomputer for very complicated scientific problems. But that’s actually not necessarily the case. It is true, some problems are very complicated and thus hard to model (in the world of astrophysical research that I did my doctorate in 25 years ago, hydrodynamics would be a good example). But there are other problems that come down to a numbers game.

If you think about a pool table, writing a program that simulates a game of pool is relatively straightforward. But if you try to imagine a three-dimensional pool table with billions of balls you can see how calculating all the different movements would require enormous effort. My doctorate revolved around such simulations. The underlying physics was very basic. But we needed to use the largest parallel supercomputers available to do it on a scale large enough to deliver useful insight.

In principle, you could do such simulations by hand — if you assembled enough people. That’s how things started out early on. Actual people performed rather basic calculations that had been carefully modeled into a more complex pattern. Once the first primitive machines became available that could take over what previously had been done by hand, the role of the people involved in the computations (they were called “computers”) changed: they would now operate the machines (which, in turn, became known as “computers”). 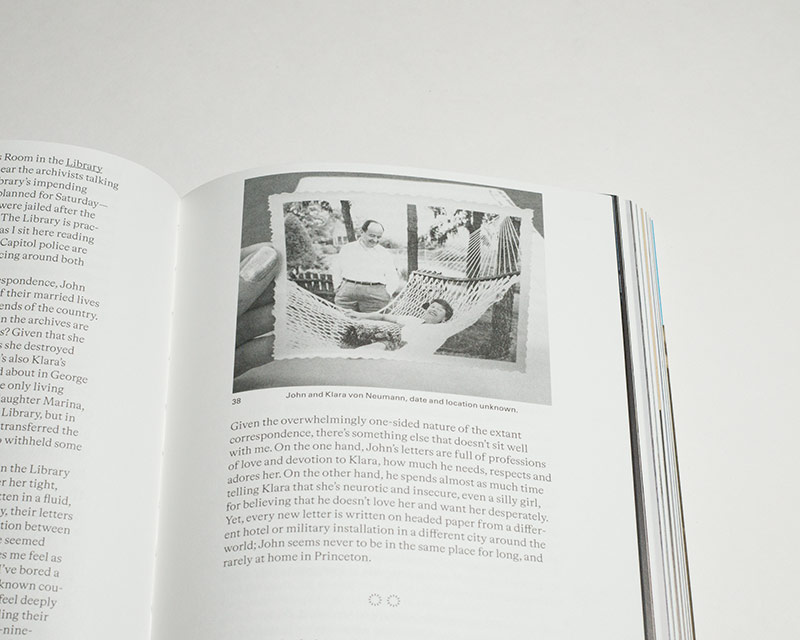 These people were women, one of them being a certain Klara von Neumann whose story is now being told by Crystal Bennes in Klara and the Bomb. If the name von Neumann rings a bell, it’s almost certainly because of Klara’s husband John, one of the 20th Century’s most important scientists.

John plays a major role in the book, as do a number of other aspects that were directly or indirectly linked to Klara’s work (and to a lesser extent private) life: the development of computers and Klara’s and John’s roles in them, the development of nuclear weapons in the US, the testing of these weapons at the Marshall Islands, the treatment of people from the Marshall Islands by the US (essentially a colonial story), the role and meaning of so-called Monte Carlo simulations, and photography.

As you can imagine, this is an incredibly complex story, and it’s being told through large amounts of text into which sections of photographs are inserted. Many but not all of the photographs are archival. From the onset, Bennes is clear about her goals. Hers isn’t “a comprehensive history,” she writes (p. 35); instead, “it’s fragmented and partial — curbed both by my lack of access to many still-classified materials, as well as by the specific nature of my interests.”

“But it’s also a history,” she continues, “that attempts to be attentive to what Black feminist theorist bell hooks criticises as one of the key problems with more conventional interpretations of feminism: women merely aiming at equality with men under current social, political and economic structures. Instead, women must aim for a completely new system constructed around ending oppression.” (ibid.) 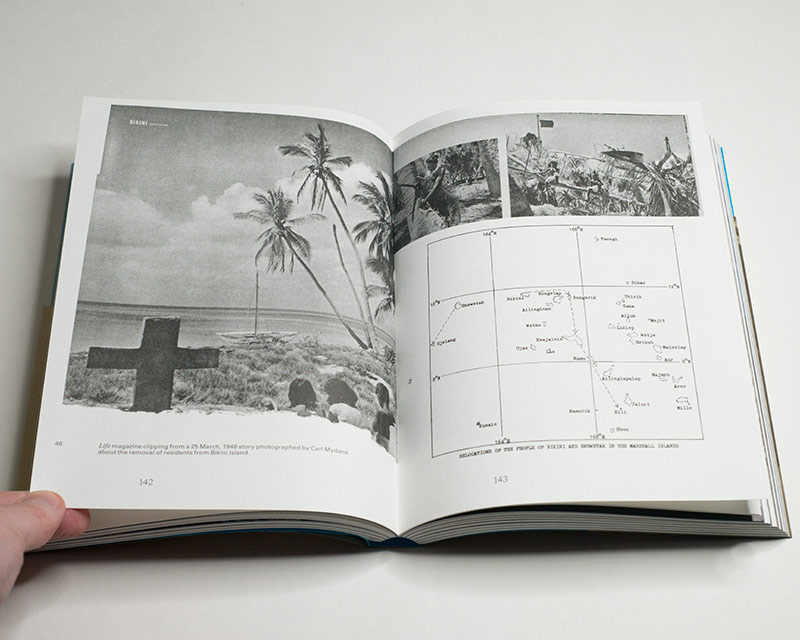 Interestingly, Klara von Neumann emerges from the book as a strange cipher. Even as she left an (unpublished) autobiography, many of her motivations and ideas ended up being unknown. Her husband and her were separated for long periods of time, given John von Nemann’s incessant traveling. They wrote each other letters. His were preserved. Most of hers appear to have gone missing. How or what she responded to his at times strangely hectoring missives remains unknown.

When I was still working in astrophysics, I was always somewhat proud of the uselessness of what I was working on. In scientific terms, the research was very much useful. But you couldn’t make use of what still is called dark matter to build bombs. In fact, to this date, I have been trying to understand the mindset of people who willingly work on creating weapons that are claiming the lives of people, whether in war or, as has become increasingly common in the US, in civil life.

How do you justify creating an even more efficient bullet? How would you outsource or switch off your conscience while doing that? For some people, such considerations might simply not be an issue. Some famous scientists were equally famous for being callous, anti-social people. But there also were the scientists who spoke up against nuclear weapons. Even at the level of the bullet — how can you possibly justify working on that?

For me, this was one of the most interesting aspects of the book — not that I necessarily expected (or received) an answer. John von Neumann, I suspect, would simply see the bomb as yet another “interesting problem” to work on. He would eventually die from a cancer that he probably contracted from exposure to nuclear tests. And Klara? I have no idea whatsoever. She later remarried and ended up losing her life drowning (classified as a suicide). “[A]t the end of this long research project,” Bennes writes, “I feel as if I hardly know her as a person.” (p. 335) 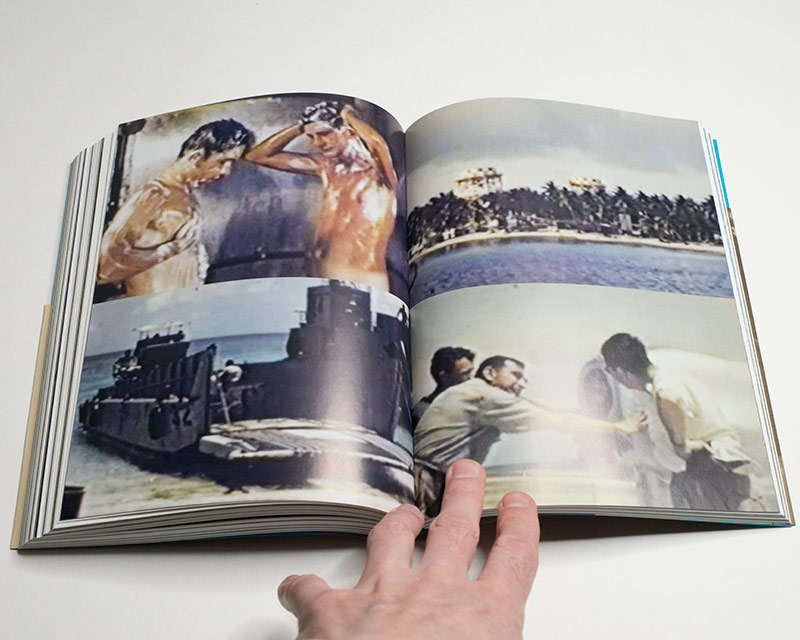 You could view Klara and the Bomb itself as a Monte Carlo simulation, where through a large number of very detailed vignettes you get closer to an understanding of very specific circumstances — the making of nuclear weapons in the US. But in the end, there only are new questions. In the sciences, you would conclude that you need even larger and more detailed simulations. In the arts, you realize that not all things can be fully understood, and that’s a good thing.

Klara and the Bomb; photographs and text by Crystal Bennes; 320 pages; The Eriskay Connection; 2022