These days, photojournalism has got to be one of the most thankless photographic practices. As a photojournalist, you’re essentially besieged by all sides with almost insurmountable challenges. For a start, the business itself has turned into the equivalent of blogging, where everybody wants something great, right now, for ideally free (everybody here – crucially – including the corporations that a few years ago would have been happy to provide decent pay). At the same time, those whose often murderous actions photojournalists are supposed to record have discovered the power of the photographs and have thus established journalists as targets, literal targets that can be shot at, bombed, or kidnapped and beheaded.

It’s not quite clear any longer why someone would risk their life to bring us photographs. On top of that it doesn’t even stop there, because these photographs have to first get filtered by editors with a completely different agenda (so you might risk your life to see your photographs not published). And when they’ve finally made it into the news circle, they have to compete with, say, the “news” of some celebrity pouring ice water over themselves or with the essentially free advertizing companies like Apple get when releasing a marginally improved new mobile phone.

If that all isn’t bad enough, there is even more. The cards are really stacked against you here: if your pictures have made it this far, meaning someone has actually looked at them, they also have to conform to that viewer’s idea of what photojournalism ought to do, concerns that are entirely based on both a cultural ideology and, usually, a somewhat profound misunderstanding of what photography actually does. For example, you can’t just show us corpses, unless they fall into the right category (ours – no, but then there might be exceptions; theirs – usually OK, but not if certain countries are involved). Your photographs have got to support the right cause, where the idea of “right” is pre-determined: the same audience that you want to educate about what or who is actually or possibly right or wrong tells you in advance what the desired answer is.

How do you deal with all of this? As far as I can tell (please keep in mind I’m just an observer who occasionally speaks with photojournalists), you often don’t because you’re an idealist, and you truly believe that we need to see the pictures. Or you do, and you get by, in whatever ways. After all, we truly need to see the pictures. Good photojournalism is part of quality journalism, and without quality journalism our democracies would be unrecognizable.

Justin Wilkes went to Egypt, some time during the brief period when the country was not ruled by a military-based authoritarian regime but by a democratically elected government. That government was toppled eventually, after a round of violent confrontations, events Wilkes was there to record. At the same time, for most people, life simply went on. It always does. Even under the most gruesome circumstances, people live their lives, and I’m almost tempted to think that it is hard to understand an event, any event, without this realization.

Almost two decades ago, German writer Walter Kempowski released the first of what was to become four volumes of books entitled Das Echolot. The set, four books with a grand total of 3,070 pages contained excerpts from letters, diaries, and other documents (official or otherwise) produced by Germans in January and February 1943, right before and after the fall of the Sixth Army in Stalingrad. In my attempt to understand what had possibly moved Germans to produce the barbarity of World War 2 and the Holocaust, I bought the set, and I read it, all of it. As it turned out, life had mostly just gone on. Initially, I was shocked to see that most of those whose thoughts were accessible through the traces they had left were often concerned with what one would imagine to be sheer trifles, given what hundreds or thousands of kilometers east happened, either in concentration camps or on battlefields. 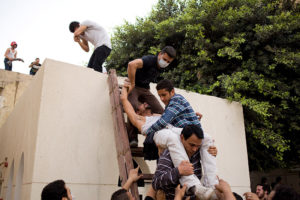 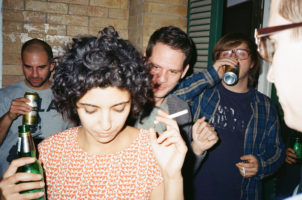 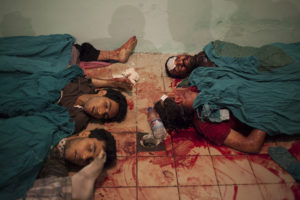 This is what came to my mind immediately when I saw Wilkes’ Cairo Diary. The project shows us the photojournalistic imagery we (hopefully) remember coming out of Egypt at that time. But it also shows us life going on for those unaffected. Those uneffected here mostly means expatriates and the photographer’s friends. It would be incredibly easy (and convenient) to dismiss Wilkes’ attempt to bring us a new – rather personal – view of that time, based on the mechanisms we have established to deal with photojournalism. I think there are very important lesson to be learned here.

For a start, those who go to places like Egypt to take the pictures we need to see have lives of their own, lives that even in the midst of events are quite uneffected by what is going on around them. Unlike the Egyptians, Wilkes was free to leave. Make no mistake, I don’t mean this as any kind of value statement. It’s part of the job. Many jobs entail being uneffected by what you’re dealing with, regardless of whether it’s your job to make decisions on unemployment benefits or drone strikes, to perform surgery, or to photograph violent events.

At the same time, given that photojournalists travel to other countries to record often violent events, they stand in for us. We, the viewers, are usually completely uneffected by what is going on. Unlike the photographers, we don’t even have to worry about whether we get paid, not to mention whether we get shot at. This directly leads to one of those arguments you hear a lot when someone tries to dismiss some concern by pointing at what appears to be a much larger problem. On the surface, this makes a lot of sense. Why can we worry about whether or not Ello will replace Facebook when there are people dying in a larger of countries, whether from Ebola or from war? But one quickly encounters the usefulness of such arguments once they’re taken at face value: obviously, I would want to spend my time worrying myself sick over all the wars and diseases in the world, which probably is not a good idea. It won’t help anyone.

The photographs in Cairo Diary show us a somewhat larger view of what went on in Egypt at that time, a view that is connected to us, given Wilkes went there to take photographs for “our” news media. The resulting conflict of someone mostly uneffected by events recording them is our own conflict as well. Crucially, it’s not a conflict that can be solved or made to go away easily. It’s part of what we have to endure when we want to see photographs from conflicts like the one in Egypt. We can’t make it go away by pointing at seemingly larger issues, because that merely kicks the can further down the road. In the end, we have comfortable lives, and those in the pictures usually do not. The absolute worst solution would be to blame the messenger. I do think that large parts of the “blame the messenger” syndrome are simply based on guilt.

Photojournalism brings us views of the world that often are incredibly hard to look at. But photojournalism also reflects our own position of comfort and privilege. I’m tempted to think that this reflection is a very important part of the profession. The conflict between the horrible events we see and our comfort and privilege unfortunately cannot be resolved easily. Being aware of it, however, and trying to come to solutions that are a bit more successful than what we’ve done so far is most important. This might start with better funding for and better treatment of photojournalists. And it might continue with trying to learn some new lessons, and applying them to find new solutions. Maybe Justin Wilkes’ Cairo Diary can prod us to give it another try.