In the age of the digital photograph, pictures have no individual surfaces, given that they share the same screens we use to look at them. In the age of the print, photographs used to have surfaces even as they paled in comparison to the ones of paintings. Photographic paper had a texture that as a viewer had you feel them as much as see them — even if at the time you might have never realized that your touching of a print contributed to how you viewed it.

In Julieta Averbuj‘s El juego de la madalena, the texture of photographic paper, along with effects of its physical degradation, play an important role. The book features fragments of archival photographs. These fragments at times present what might have been merely smaller parts of larger pictures, having strands of blond hair, say, create an abstract patter that only at second glance takes on concrete meaning. On top of this photographic abstraction sits the texture of the paper that becomes more prominent, given the enlargement of the source material. 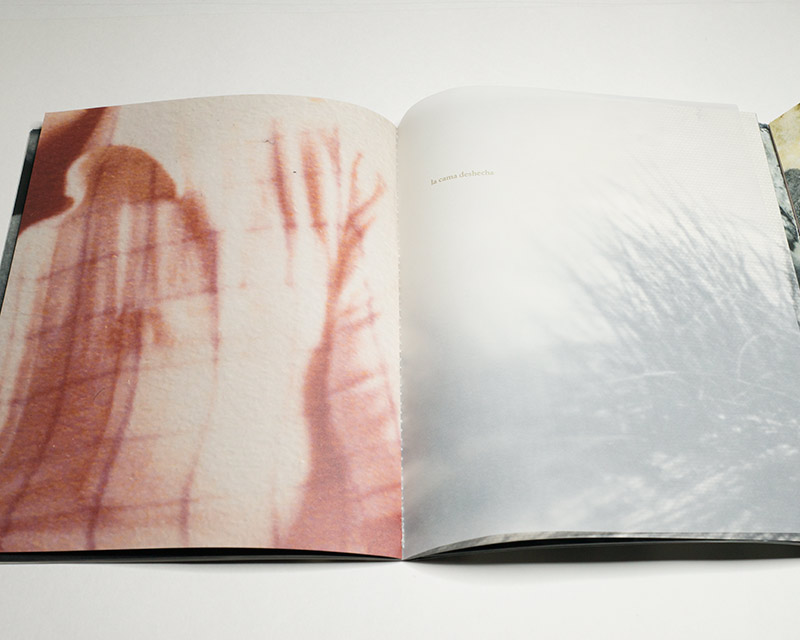 As a consequence, the viewer is presented with a game of visual riddles, a game that is enhanced further through the physical construction of the book. If you’re familiar with religious altarpieces from European churches, you know the idea of opening up a display to reveal a number of relating images. For example, the famous Isenheim Altarpiece consists of four panels, three on top (the ones you might have had in mind when reading the term) and one at the bottom.

It’s obviously not quite the same thing, but El juego de la madalena is constructed in a similar fashion. The book opens like a “regular” book to reveal two separate books on the left and right. These separate books can be opened individually, resulting at four separate “panels” (pages) from which juxtapositions of images can be created by the viewer. The book ends up being quite large so you’ll need to have access to a table to look at it. Furthermore, there is another section of material contained behind the two books of the side, which gives more material to look at. This sounds quite complicated when described in words. But it’s actually quite straight forward when you look at the book. If you’re a purely visual person and can deal with my limited sketching skills the following illustration might help: 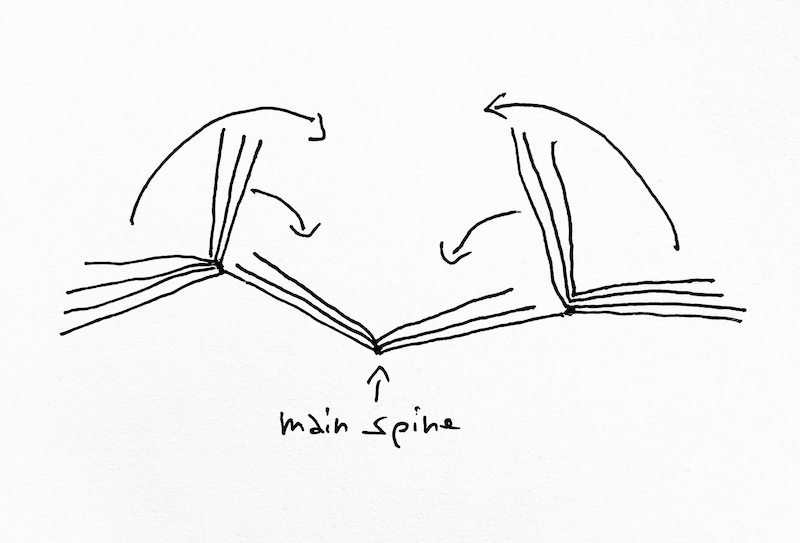 One more element of the book should be mentioned. There are a number of vellum pages included in the book that present very short text fragments. I don’t speak Spanish. My translation app informs me that they all are textual equivalents of what pictures show: little pieces of information that are at once precise and open ended at the same time. It is up to the viewer/reader to connect everything. 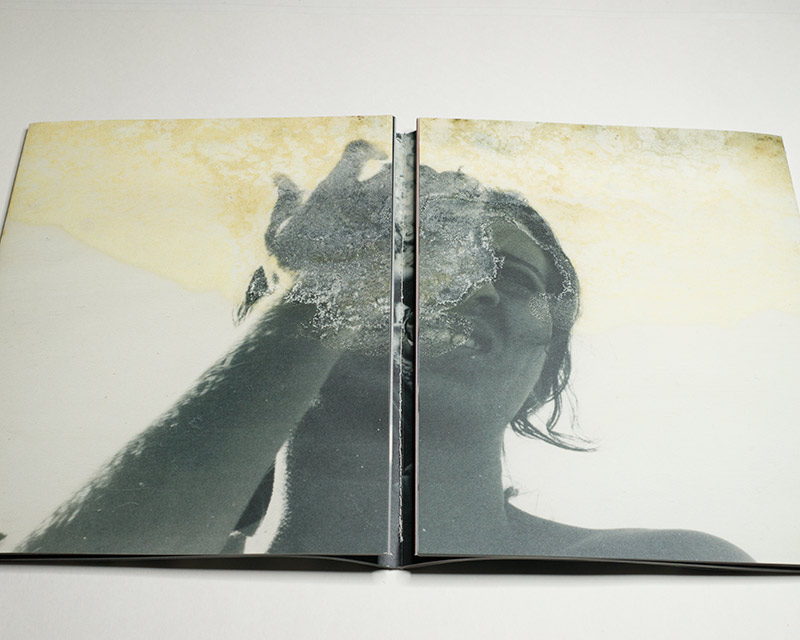 There are some artists who aren’t quite so eager to get away with merely scanning photographs, as is the case here. After all, someone else’s family will always be only that: someone else’s family. Outside viewers have no access to any of the emotional ballast that is present for family members. Through her visual intervention, Averbuj moves beyond both the visual delight of the source material and its relevance for the immediate family to create visual riddles that appeal to a formerly disinterested viewer. It’s the kind of game that artists such as Katrien de Blauwer play.

As a consequence, El juego de la madalena offers a mystery that works through a layering of abstract beauty as much as through allowing a viewer to create a number of connections between separate image panels. What exactly the outcome might be does not become clear, which I think is a very smart choice by the book’s makers. In a day and age where so (too?) many books attempt to drive home their one clear point, their one clear conclusion, asking an audience to be open to uncertainty is a good idea (however risky it might be, given that the book will not satisfy those looking for clear answers). 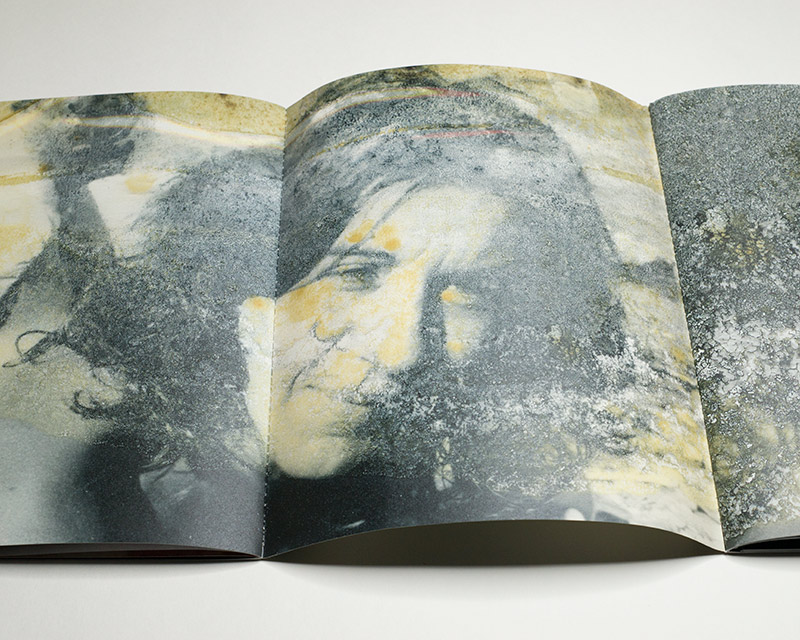 The book comes in a slipcase that not only contains all relevant information (in the form of the colophon) but also protects the otherwise somewhat fragile construction of the book. It allows you to file the object away in your bookshelf in such a way that you’re guaranteed to find it again later. This is smart and elegant photobook making, which, alas, isn’t quite as common as it should be. I frequently have discussions with artists or publishers who want to convince me that excluding crucial information on a book’s spine is a good idea (it is not: how am I going to find a book if there’s no information on its spine?).

All of the above makes El juego de la madalena a book that you want to look out for, especially if you enjoy well-made books that offer a unique viewing experience. It’s probably easiest to acquire it directly from the publisher, Fuego Books.