Manfred Heiting’s The Japanese Photobook 1912-1990 is the latest of what now is a relatively large number of books about photobooks. From its earliest and groundbreaking beginnings in the form of The Book of 101 Books: Seminal Photographic Books of the Twentieth Century and, of course, The Photobook: A History, Vol. 1, studies of photobooks have spawned their own little industry. So far, these studies have mostly focused on producing histories or taxonomies: these are selected books produced in this period of time in this particular region of the world. The possibility for a different approach exists, as I attempted to outline here. That aside, the utility of these histories is immense. At least in principle photobooks provide a widely accessible and affordable way to get exposed to photographs.

I used “in principle” for a reason. A side effect of photobooks being included in the canon as defined by Andrew Roth, Martin Parr, et al. is that their prices have shot way up. These high prices make many books unaffordable for large segments of photoland — all those people who don’t have vast amounts of money available. We live and operate in a market economy, and that’s simply the way it works. Occasionally, books are being re-issued. But this doesn’t necessarily put a stop to the whole problem, especially when reissues sell out themselves, and the reissues’ prices shoot up. Ideally, all photobooks would be as easily available as, say, William Eggleston’s Guide or Walker Evans’ American Photographs. But the economics of publishing clearly stand in the way of that. 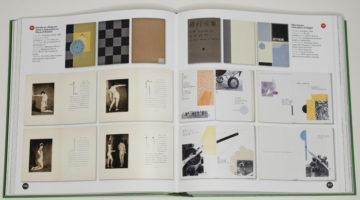 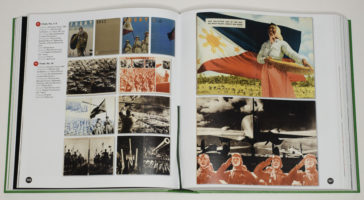 Whatever you want to make of the preceding paragraph — I’m sure there are lots of different opinions, for me one of the keys to any of the books about photobooks is not just the quality of the text, it’s also to what extent the books in question are being presented. I have been using the Parr/Badger books as textbooks of sorts for a photobook-history class I’m teaching every summer. The books are good, and their writing (in particular the introductory sections) are very good. But the books really only can serve as starting points, given that there are so few actual reproductions of the books. As far as I am concerned, Japanese Photobooks of the 1960s and 70s has provided the gold standard of how photobooks can be presented. There are ample reproductions, and there are just so many details (ironically, that book is now also out of print).

Back to The Japanese Photobook 1912-1990, it is with these considerations in mind that I approached this book. And quite the book it is, with its almost 600 pages, weighing over 7 pounds. If you just look at those numbers, that might look a tad excessive. But it’s really not — not just because of the number of books featured, but also because there are many spreads from each of the books on view. Especially given that the bulk of these books appears to be more or less impossible to come by (unless you have access to the Japanese book market), this really is what you want. Trust me, I checked for quite a few of the books, and I couldn’t find a single copy of any of them online. I’m usually quite good at finding stuff, even when it ends up being way out of my price range. 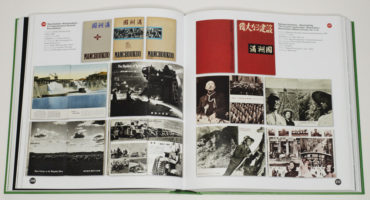 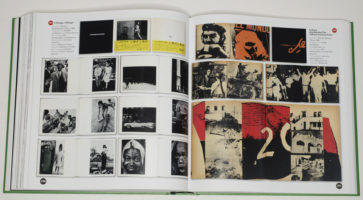 The second thing I appreciate quite a bit about the book is its focus. Obviously, Japanese Photobooks of the 1960s and 70s covers that particular time period well. Add to that the Japanese books in Parr/Badger, and there is ample material available about the second half of the 20th Century. The Japanese Photobook 1912-1990 places a lot of focus on the first half, with a large variety of absolutely mind blowing material presented. I spent a lot of time attempting to track down various of the books presented in the chapter “The ‘First’ Avant-Garde” (sadly without any success), simply because of the modernist connection of the books.

The book not only offers vastly expanded to access to the world of Japanese photobooks in general, it also talks about many important historical aspects, such as the connection to Nazi Germany or Japan’s occupation of Manchuria. Photobooks follow the logic of the times they’re made in, both of their own medium but also adhering to larger cultural and societal trends. Seen that way, The Japanese Photobook 1912-1990 can almost double as a book on the history of photography made in Japan in the 20th Century.