You wouldn’t necessarily know this from the History of photography, but the medium is possibly the only one that not only allows access to what ordinary people were making and looking at, it also does so rather easily (in its capitalized form, with History of photography I’m specifically referring to the written history, which largely follows art-historical and other conventions; in non-capitalized form, I speak of the full history, regardless of whether it has been canonized or not).

That being said, while those studying written statements can get access to what people were thinking, anyone looking at photographs is barred from exactly that: photographs are mute — they do not communicate their makers’ intentions or thinking. For an incredible example of what accessing people’s written records can reveal, see Walter Kempowski’s Swansong 1945, and if you’re able to read German, you might as well read the monumental Das Echolot. Ein kollektives Tagebuch. 1.1. – 28.2.1943.

For the most part, photoland approaches pictures made by those who didn’t or deem themselves photographers along the lines of the world of art’s outsider art: where it is celebrated, it’s usually the more outlandish examples that, however, can possess considerable charm (see, for example, Erik Kessels‘ In Almost Every Picture). Instead of outsider photography we call that vast cache of pictures “vernacular photography.” 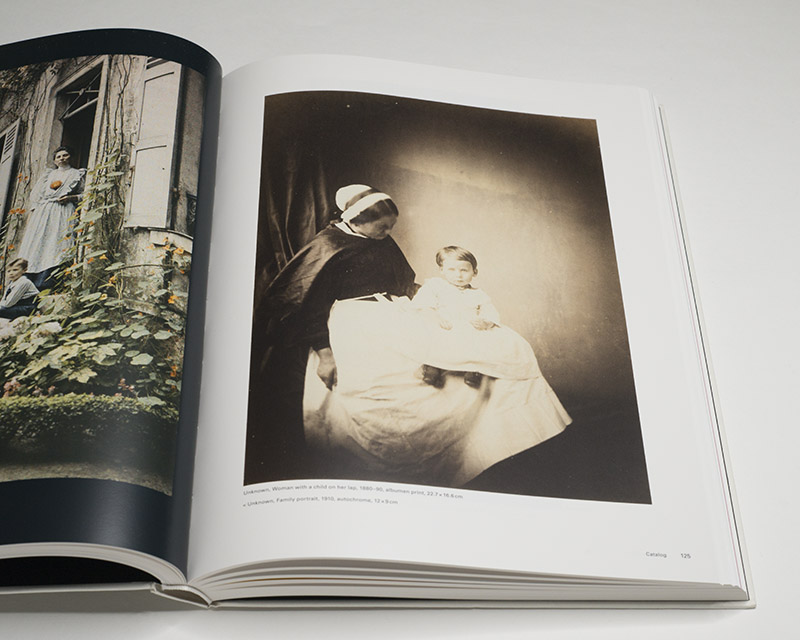 It is true, the vast bulk of vernacular photography is not terribly interesting. But neither is most of the photography shown in galleries and museums (however much it’s embellished by often outlandishly silly statements by either photographers and/or curators). In effect, all the “vernacular” label does is to turn the vast majority of photographs made into something that somehow isn’t worthy of our attention (this, in turn, makes non-vernacular pictures all the more precious). So we might as well call that bluff and drop the label.

Ever since it became feasible and up until the moment in time when other, digital forms became more convenient, the book — in the form of the album — was possibly the most valued way to express what photographs meant to both their makers and those in the pictures. More often than not, there was clear overlap between these two sides — such as in the case of families. An album would tell the history of a family, or some relevant part of it: a form of personal propaganda.

Possibly the biggest difference between physical albums and digital ones (that exist on social-media sites) is not the materiality (or its lack thereof) but instead the fact that digital albums can (and usually are) easily shared with others. Those others might be more or less complete strangers, even when they’re “friends” or “followers”. It will be interesting to see how future historians will deal with digital albums: is there actually going to be a way to do that, given that so many of them exist on corporate platforms? 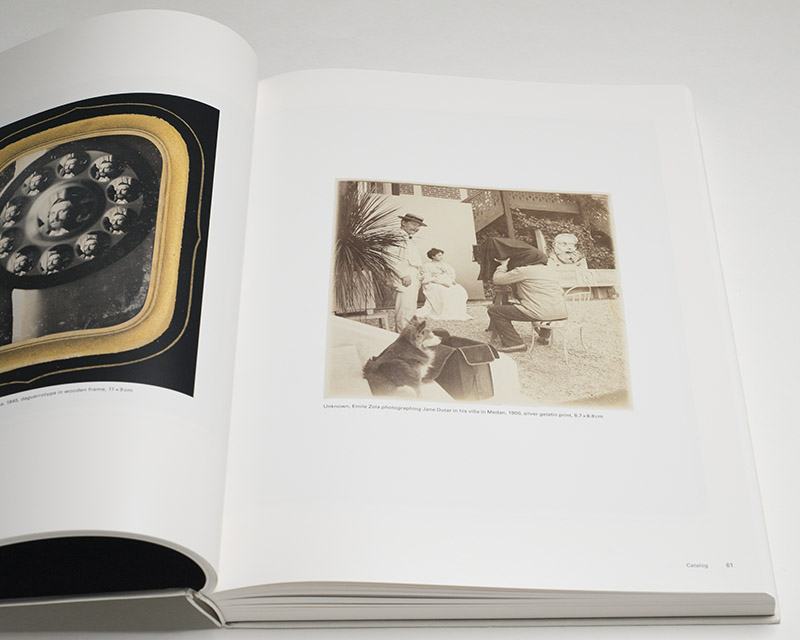 In contrast, historical (physical) albums are increasingly simply disappearing where they haven’t done so already. For the most part, access is gained by finding them on eBay, at flea markets, or on piles of trash. In this, they share the fate of other private materials that over the course of history have simply gone lost — while the voices of those who managed to commission artists often are carefully handed down to younger generations.

We don’t know all that much about how ordinary people lived their lives during, say, the Roman Republic because there are very few traces of them left. It would be a real shame if the same would be said for all those societies that have had access to photography: whatever observations we might come to (there are going to be many that are less than flattering), the visual access photographs can offer provides a wealth of information.

An exhibition at the Kunstmuseum Basel entitled The Incredible World of Photography now does just that: to access as wide as possible the wealth contained in a very large collection of photographs, assembled by Ruth and Peter Herzog (I’m stuck in the world’s worst covid hot spot, so I’m relying on the catalog for this article). Among other artifacts, the collection includes 3,000 albums, produced all over the world. Make sure to check out the website the museum created for the exhibition  — it’s very impressively done. 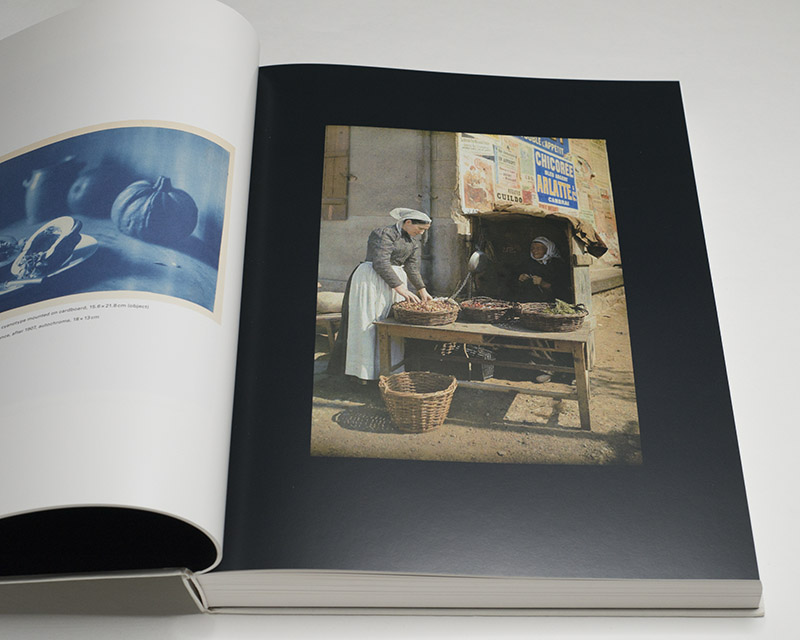 Exposure Time, the catalog, is billed as A Photographic Encyclopaedia of Man in the Industrial Age by the publisher. Publishers obviously have an interest in selling their wares. But in this case, this is a pretty good description of what the book has to offer — you’ll only want to add the disclaimer that it’s European and North American men (and women).

I’m tempted to think that given its breadth, the Herzog collection might provide a very good starting point for a deeper dive into the history of photography, or at least for a dive that adds a lot of usually neglected material to the medium’s History.

I admit that one of the most startling aspects for me when reading Kempowski’s Echolot, a set of books ultimately so disturbing that I was unable to bring myself to finish it, was the sheer banality of what was on offer.

The book centers on the period of time at the beginning of 1943 when Nazi Germany would lose its entire 6th Army at Stalingrad (the same army had participated in various war crimes before). I’m not entirely sure what I had expected before attempting to read its 3,033 pages, but I remember that I thought that the focus would be very much on that siege. It wasn’t. Most people were going about their daily lives as if… as if what?

Well, I’ve been living through the so-called War on Terror, with its ill-fated invasions of Afghanistan and Iraq, and I have been living my life as if it had nothing to do with me (I’m not a US citizen, but I’ve been paying my taxes here, so I can’t claim that I have no part in any of it). 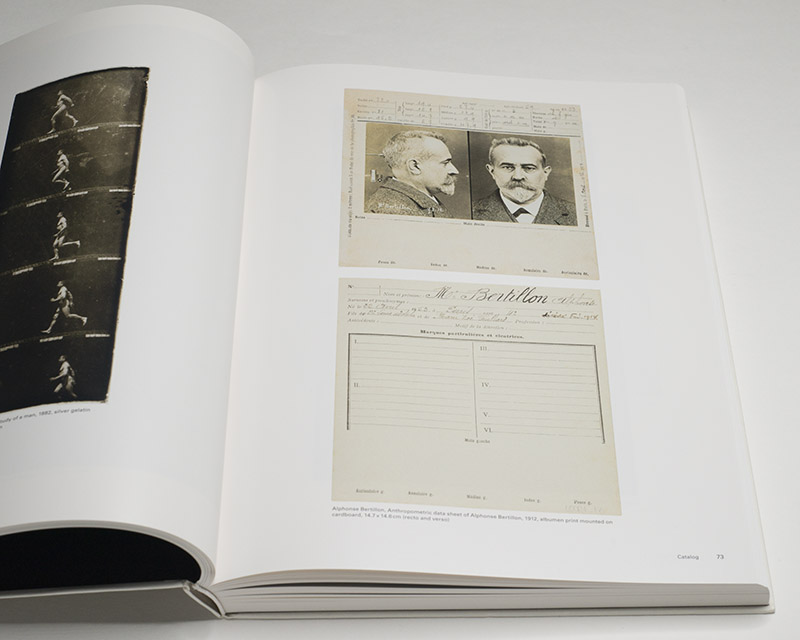 So if I tried to understand, let’s say, the Iraq war through what I have produced, the utility of that would be limited. Or rather, the utility would be limited only as far as those far-away wars are concerned. In much the same fashion, in Exposure Time, a lot of the major events (whether wars or Europe’s colonialism or the fight for universal suffrage) barely show up. There are a few traces here and there, but for the most part, people go about their lives.

Instead, though, there are other things that do show up, related to what you can do with this initially new medium. For example, you can use it for scientific purposes, and there’s always a nasty spin off (police classification and surveillance, for example). I find this tremendously interesting: photography doesn’t necessarily show you important events with the weight that might be placed on them after the fact. But it always shows you how people think they can use a camera.

The number of uses of photography in Exposure Time is bewildering, and for each completely amazing one — maybe someone’s family dog dressed up for a picture — there’s a terrible one — a dead whale’s corpse being pulled ashore.

I think it’s the uses of photography that offer us a chance to connect with those in the past. Technology’s temptation is to draw attention onto itself, more precisely onto the latest new gizmo. But there are relatively few genuinely new technologies available. There are, in other words, very few actual quantum leaps. Even where there are those, the desires and solutions of those using older or newer technologies might align more than one might imagine. 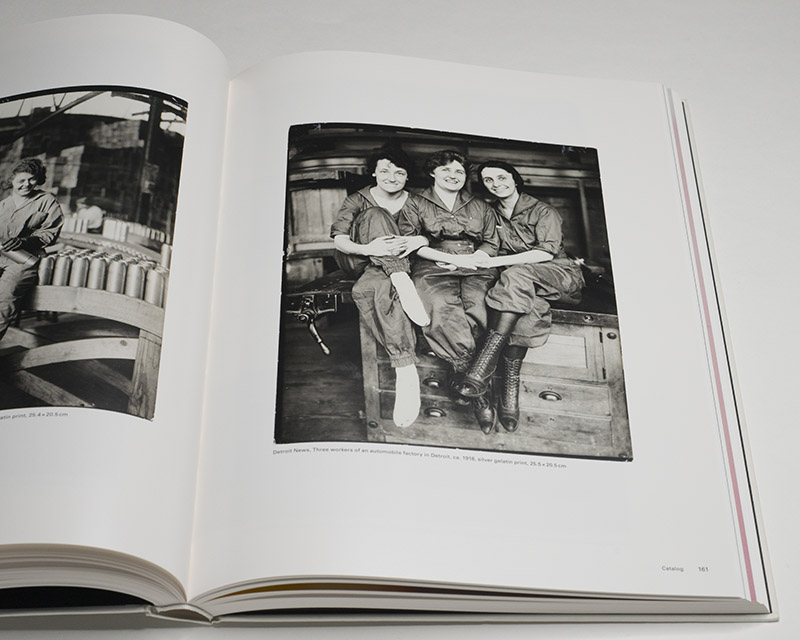 We want to connect with those who lived in the past not necessarily to judge them (even though that’s something we have to be prepared to do). Judging someone who is long dead tends to come easy, and there often is little gained from it if the judgment comes with the implication that we, the judges, are somehow better than them. Let’s face it, often we’re not. At the same time, I’m not sure it’s a good idea to approach the past by stating that some things simply were acceptable back then so we should accept that. Well, no. Such an approach is only useful for our times if we are prepared to interrogate what we believe in.

The truly interesting aspect of many of the photographs in Exposure Time is that it easily create a connection to our daily lives. At the same time, there is incredible overlap with many of the artists that we think are so special, given they’ve been written up in our History of photography. The reality is that a lot of photography is not as original as we might think it is. Originality is not a very good pointer to approach photography.

Ultimately, photography is a way for us to describe and understand the world in this deceptively easy and seemingly purely technical manner, where the technology allows for all our motivations, ideas, stereotypes, ideologies to become hidden. In retrospect, we have to excavate them, and it is large collections such as the Herzogs’ that allow us to do that.

The book is a hefty object. Both the selection of the images and the relatively large number of insightful essays (that each center on one particular aspect) make it an indispensable tool for anyone interested in excavating the past through an accumulation of photographs left behind.

There is much to be said for a vastly expanded (and more critical) new History of photography. What has long been dismissed as vernacular photography ought to have its proper part in that endeavour.