With large parts of the continent united in the form of the European Union, Europe appeared to have left behind its long history of war – until Vladimir Putin decided to invade parts of eastern Ukraine, bringing back some of the themes that made the 20th Century such a gruesome period. There currently is much talk about the supposed European weakness facing this particular threat – and others, such as the Euro currency having exactly the kinds of problems most experts expected.

It is true, in terms of its military Europe is weak. For example, it doesn’t have drones to anonymously kill people deemed terrorists in far-away places (regardless of whether they actually are terrorists or not). It appears divided, with countries pursuing their own interests, while squabbling over what might end up being European policies. Looking at Europe this way, however, essentially is based on exactly the kind of thinking that Putin employs. It’s a thinking more grounded in the 20th (or probably even 19th) Century than in the 21st Century.

A large number of eastern European countries now are members of the European Union, which, amongst other things, required them to bring their legal system up to the standards required by the Union. Whatever you want to say about it, vast parts of Europe are now subject to a universal rule of the law, prohibiting, for example, the death penalty. And, crucially, most European countries haven’t been at war with each other since 1945. This actually matters greatly, given the numbers of people who died in the 20th Century alone from war in Europe.

At some stage in the past, large parts of Europe were a battlefield. Wherever you are in Europe, the next mass grave holding the remains of either civilians or soldiers isn’t that far. In fact, you might actually be living on an actual previous battlefield in Europe, if, for example, your home is in one of the cities used as such. Warsaw, Rotterdam, London, St. Petersburg, Hamburg, Dresden, Berlin, … The list goes on and on. Thousands of people died in each of those cities, some of which were destroyed beyond recognition less than one hundred years ago.

The often messy peace in large parts of Europe certainly seems vastly preferable over the past the continent has left behind, for good it is to be hoped. And if Europeans have truly learned their lessons from the past, Ukraine’s future will be a lot rosier than it looks right now.

appears to have come at just the right time, to remind Europeans what those lessons are based on. Quite obviously, the First and Second World War are included, as are the Spanish Civil War, the various wars after Yugoslavia disintegrated, and there is the long conflict in Northern Ireland. 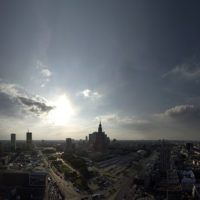 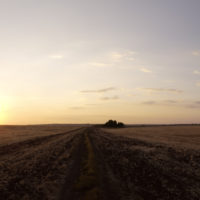 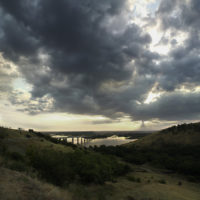 In an obvious way, a book containing photographs of battlefields is centered on landscapes (one can photograph a city in such a way that it looks and feels like a landscape). The photographic landscape shares many of the characteristics of a battlefield once the fighting has long stopped: what one is looking at with a very specific background in mind can at best evoke feelings that pale in comparison to being subjected to the real thing.

A photograph of a landscape obviously is not the landscape itself. It cannot pretend to stand in for the landscape. It can hope to hint at what the actual landscape might make us feel, were we there. In very similar, amplified, ways, being in the location where a battle took place can never get close to whatever one might feel during the moment of battle.

Knowing one is in the location of a battle is unlike being in the presence of a specter hovering over the land – it is more like being in the presence of a specter one wants to hover over the land. After all, the land itself doesn’t care. The land – Nature, or whatever we want to call it – is absolutely disinterested in whatever we humans do. In fact, were we to anthropomorphize Nature, we could say that she certainly doesn’t want any of the crap left behind after a battle. Those unspent or spent shells, or the broken and crushed bones of those who died – we can have them back (read Donovan Webster’s Aftermath: The Remnants of War

to learn a lot more about that).

Hebeisen’s photographs appear to have been taken with these ideas in mind. However meticulously done, a photograph simply does not have the power to convey the horror of an event such as a battle. So it might be just best to make photographs that allude to the past, resulting in landscape photographs that inevitably do not attempt to speak of anything else other than the land that was there. 20th Century European Battlefields contains the results of the photographer’s travels across Europe, pointing his camera at places where a few hundred to well over a million people died as the consequence of war.

I will admit I was a bit suspicious of the idea of the book before I had seen it. There is that temptation to make a very editorial looking set of pictures here. Much to his credit, Hebeisen deftly avoided the various pitfalls posed by the project, instead making landscape photographs that have much more in common with the history of art, the depiction of the land in painting and photography, than with the illustration of our own beliefs that we so commonly see these days. To me, the photographs don’t look like they were made with the idea to make you feel bad. Instead, they present you with tranquil, a bit somber, and usually quite beautiful photographs of landscapes (on my backlit computer screen, the pictures look quite a bit more dramatic than in the book – good to keep this in mind). This seems most appropriate.

After the set of plates, the book presents a section, an index of the pictures, in which the details of the battles are laid out with a few sentences. In addition, the number of casualties for both sides are given. The section makes for a depressing read.

As a book, an object, 20th Century European Battlefields is a treat. Hatje Cantz is one of those publishing houses where you can simply expect to see high quality. Much like most Hatje Cantz books, this one operates at the intersection of very classical photobooks and more contemporary ones employing an elegant, refined, and subtle design. As always, careful attention has been paid to the various details that are important when making a photobook. I feel compelled to point this out, because despite the quality of the photographs, it would have been very easy to make an utterly boring and unappealing photobook out of the material. I’m glad this didn’t happen.