If you wanted to study the history of photography, picking up Photography: The Whole Story

would not be a bad idea. It’s an engaging book whose purchase won’t break your bank. It also is a pleasure to read, given it’s free of dry or academic writing. There only is one problem. It’s not the medium’s whole story. How could any book be that? Just to give you an example, if you go to the index and look for “Parks,” you will find Rosa (two instances), but you won’t find Gordon. Meanwhile, the book discusses material auch as one of Juergen Teller’s “Marc Jacobs Spring/Summer Campaign” (I kid you not). Not to single out this particular book. While doing some late spring cleaning, I came across a copy of one of those more academic history-of-photography books frequently used for undergraduate teaching, and that one had no Parks whatsoever. How can this be?

Of course, the presence of some “Marc Jacobs Spring/Summer Campaign” campaign and absence of a photographer like Gordon Parks might tell us something. Depending on where you’re coming from, your conclusions might differ. But whatever your conclusions might be, written history inevitably falls short of what it might or could or should be. And we all will have to be aware of that, even if we might not be aware of all of the omissions. That said, if you start out from the assumption that the history of photography omits many women and especially people of colour that’s a solid start.

I came to photography not through the system, but as an outsider, learning and finding out on my own. Originally, I was mostly driven by my own curiosity. Now, given that I teach photography and write about it, I’m also driven by my desire to expand my thinking and knowledge as much as I can. Even though I now am more than aware of how the history of the medium is being talked about and presented, I still often marvel at what things or people are stressed. To this date, I can’t fully wrap my head around, for example, the Walker-Evans cult (which I will admit I find a bit creepy, too). I mean, I get the man’s importance. But what I don’t get is how there are few, if any, truly critical appreciations of his achievements.

Speaking of cults, there apparently is a movie about Robert Frank. Which I haven’t seen. Instead, I have spent a lot of time with the Parks that isn’t included in Photography: The Whole Story, Gordon, in particular with Collected Works — Study Edition. Obviously, for any of the more detailed thinking around Gordon Parks’ work, John Edwin Mason‘s writing is a very good starting point. I won’t be able to offer that. I’m coming to Parks, or to phrase it more accurately: to this wide an exposure of the work through these Steidl books, and I suspect there will be many others for whom this is also the case. 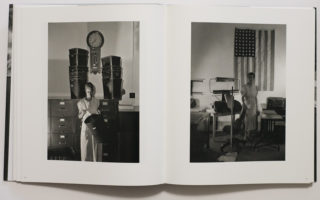 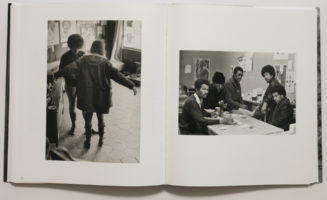 This past year, I saw two major exhibitions of Parks’ work in Europe, one at C/O Berlin, the other one at Warsaw’s Zachęta National Gallery of Art (which, btw, is an amazing place to visit, if your travels take you to Poland). The two exhibitions both provided an overview of the artist’s career, and they both were unafraid to dive deeply into the various political aspects. For example, at Zachęta, ample space was given to Parks’ photographs of Black Muslims. With a extremist right-wing rabidly anti-Muslim government in power in Poland, discussing this particular work clearly was a political statement by the museum. Obviously, in Trump’s America, you could stage the same show for the same reasons.

For me, career retrospectives really only are relevant if they acknowledge our times as well (your mileage might vary). This is also how I approach history: what good is history if you don’t use it to think about the times you live in? (ditto) In an obvious way, Gordon Parks’ work could have been photographed yesterday, because many of the topics are just as relevant now as they were back then. This infuriates me, because I feel it shouldn’t be this way. There should have been so much progress that 2017 should not in many ways look like 1967. That’s not the case. In fact, it almost feels these days as if the opposite were the case. For example, there are people in the White House right now who have openly adopted a slogan used by 1940s US Nazi sympathizers. So if Parks somehow came back from the dead, he would find many of the very basic themes of his work still here, still unresolved.

In the most basic sense, Collected Works — Study Edition is that, a study edition. There are five books, which for the most part are organized chronologically, in particular where they are dealing with assignments or projects. Some of the work spans larger time periods (such as the fashion pictures, which I personally couldn’t care less about — not because of Parks, but the topic). The fifth book contains spreads from LIFE magazine. The latter is immediately important, given that for example the aforementioned pictures from Black Muslims can be seen in two different ways. They are shown without text and presented in catalog form, and you will see them another time with added text laid out for LIFE. LIFE’s model of telling stories with pictures is not widely used any longer — I often wonder why photobook makers don’t look at what this particular magazine did.

What’s positively striking about Gordon Parks is the extent of his vision. I have the feeling that this extensive catalog will provide quite a few surprises for those unfamiliar with the lesser known work. Knowing not very much of his biography and thus relying only on the pictures has me feel that while Parks was a very hard worker, that work wasn’t “just” taking a lot of photographs. It also entailed looking at photographs, looking at what and how others were photographing, looking at how what he felt could be brought to the pictures. 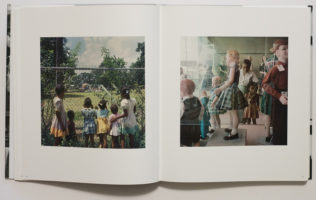 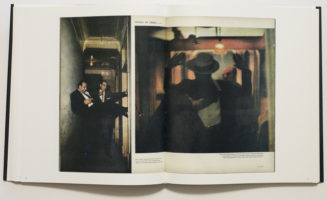 As a result, at times I got the impression I was looking at two different photographers when passing from one project to the next in the same book, let’s say from Segregation in the South (1956) to Crime (1957; just as an aside, here I’m using the project titles as given in the books). In a most obvious sense, given the circumstances you couldn’t photograph the latter like the former. Technique aside, though, you probably would also want to change up your approach, based on your subject matter. But the seeming ease with which Parks adapted to the different circumstances still is striking to me. And the more you look, the more connections emerge.

Given there are so many projects and photographs, it’s probably inevitable that there also are pictures that aren’t necessarily all that good. They’re always competent. But some topics didn’t seem to suit Parks as well as others. I think especially throughout the earlier years you can trace how photographers in general approached subject matters, a fact that appears to have influenced Parks. Maybe this is because he worked with and for editors, maybe because he was so aware of the tradition. So some topics seem filled out with good pictures (let’s say the 1940s New England photographs). Others, in contrast, he truly made his own, and it is some of those that are more widely known.

What this would point at is that there always is a picture to be made (that fact that has been bemoaned in certain mostly academic circles, especially now that cameras are in everybody’s pockets). But it takes more than the presence of a camera to make a great picture.

If there’s anything to take away from Gordon Parks’ Collected Works — Study Edition it is the intense hunger for pictures that would tell a story, that would make people relate or engage. This makes him almost the anti-model of so many other photographers who don’t care about anything other than good pictures on their own. Not that there’s anything wrong with that, even though good or elegant or smart pictures really are engaging only for so long.

At the end of the day, nothing matters if as a photographer you don’t engage beyond your camera, if you don’t get out of your mind, if you don’t move beyond your ideas or preconceptions. This is why, for example, Alec Soth‘s Sleeping by the Mississippi worked so well: Of course, there was a road trip, but it wasn’t about that. The camera merely was a conduit for a larger experience channeled through this particular photographer, and that experience in turn imprinted itself in the pictures. You see this exact mechanism at work in Collected Works — Study Edition, albeit on a much larger scale, carried out over the course of decades.

The reading I have arrived at is that the genius of Gordon Parks was contained in his burning desire for pictures, which was coupled with the fact that he believed in something, namely the simple idea that everybody deserves to live a fulfilled life, whatever the circumstances. I shouldn’t have to write this, but I don’t feel that sentiment is a given any longer (maybe it never was). Parks wanted to make pictures that would have consequences, pictures that imprinted a sense of urgency in their viewers.

I’m taking two main lessons from this extended catalog. First, given the quality of Gordon Parks’ work, his exclusion from history books is in dire need of getting fixed. The second lesson is that photographs only matter if you want them to. As these books show, there is no guarantee they always will. Bite into it, though, and more often than not they will matter.

Everybody can make competent pictures, assuming they spend enough time with their cameras. A competent picture shouldn’t be used as the bar for anything (unless you’re teaching Photo 101). The bar should be higher, and it should be at the height that Parks put it for himself: make pictures that matter. Make pictures that convey a deep sense of urgency, where when someone looks at them even fifty years later they’ll be moved deeply. If you got someone to think that way, now or much later, then — and only then — you’re in business. Gordon Parks can show you the way.

One final, somewhat unrelated comment. Given you’re getting five massive books with over 1,000 pages in total, the price of this set is pretty amazing.