I’ve long thought that the catalog is a completely underrated type of photobook. To a large extent, this is because of the straightjacket catalog makers tend to put themselves in: with the overall format firmly established — a group of pictures plus at least one usually very academic essay, the intended target audience appears to be other catalog makers, in other words other academics (let’s include curators in this group). For everybody else the essay usually simply is borderline unreadable, filled with jargon and endless pages of footnotes and references. Even when well produced, photography catalogs thus often are incredibly tedious affairs, at best exit-through-the-gift-shop products that, let’s face it, nobody needs other than possibly said makers.

It doesn’t have to be that way, as is demonstrated by catalogs that break out of the mold I just described. For example, for Thomas Ruff alone there are at least four catalogs available that each are a delight for a viewer/reader: Oberflächen, Tiefen, Lichten, and the more conventional, yet truly engaging Editions 1988-2014 and the recent Whitechapel catalog. The former two use the full format of the book with their unique production choices. Possibly my favourite catalog of all times is Konrad Smolenski — Everything Was Forever Until It Was No More, easily one of the visually most stimulating books in my library (Smolenski is a Polish sound artist). 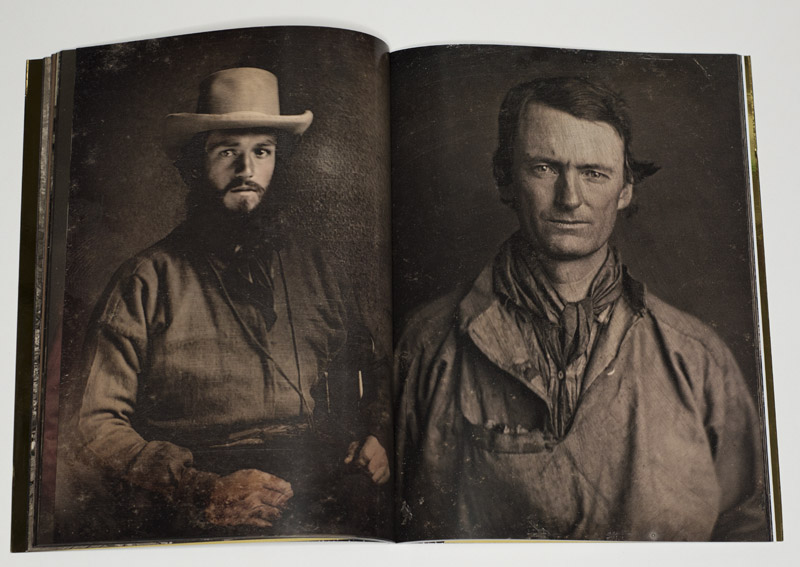 But there is stiff competition for the Smolenski catalog now, provided by Gold and Silver, edited by Luce Lebart. Where in the case of the sound artist the photographs “merely” serve as tools to illustrate the art works in question (which include performances), this particular catalog deals with a photographic archive: pictures taken during the gold rush in California in the 1800s. Showcasing a set of daguerreotypes, ambrotypes, and tintypes could have easily served as an opportunity to produce a dreadfully boring and instantly forgettable catalog, Lebart used the opportunity provided by the source material to aim for the most attractive possible presentation of the photographs in question.

To begin with, the photographs are all reproduced without their original casings. Instead, the focus is on the pictures, on those depicted. Presented full bleed, the viewer finds her or himself face to face with these men who in some capacity were involved in the gold rush. The effect is stunning: instead of admiring the photographs as objects and as the novelty items they now are in a world where most pictures exist in fleeting form on screens, the viewer gets to see faces, gets to see characters, gets to see actual personalities. It’s a completely mesmerizing effect: as a viewer, I’m finding myself interested in these people who died long before I was born. 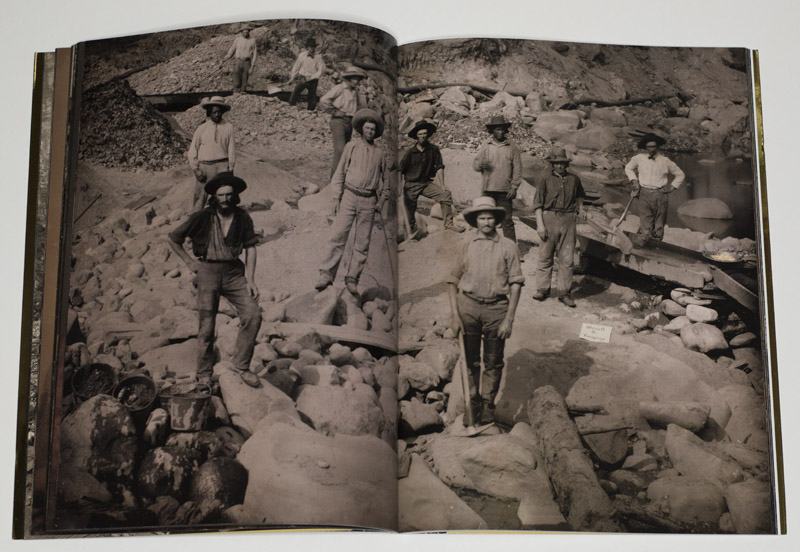 There still are artists working with what now are called alternative processes. But even they tend to put a large part of their focus on their craft, making sure the viewer gets to admire the object as much — or often even more — than the actual picture. Gold and Silver breaks with this convention, demonstrating how much can be gained from doing so. Obviously, back in the day, today’s alternative processes were simply what was available. So there wasn’t much of a choice of what to do: if you wanted your picture taken, your choices were limited. And it’s not that I mind seeing the object: I own a few tintypes I had commissioned myself (I’m using one on my About page here).

But in this particular case, focusing on what’s in the pictures breaks through the separation that we have in our heads, namely that these people are from such a distant past that we cannot possibly relate to them. It’s true, they are: their world was much different than ours. But in some other sense, they were as human as we are. And I find it refreshing to encounter them as human beings. The effect is uncanny. For example, there are a handful of people who would not surprise me if they served me coffee in one of those totally overpriced high-maintenance coffee shops in, say, Brooklyn, San Francisco, or Portland, OR (then again, I’d probably be more surprised about finding myself in one of those places).

At the end of the book, there is an engaging essay that dives deeply into the history behind these pictures, meaning both the history of gold mining but also the history of photography. The reader learns about these types of photography and how precious metals played a major role not just in the gold mining but also in the making of these pictures (you probably know about the silver, but you might not have known about the use of gold). In addition, the casings of the photographs are shown, as are some of their other properties. For example, a daguerreotype is looked at from various angles, making the image change from a negative to a positive. 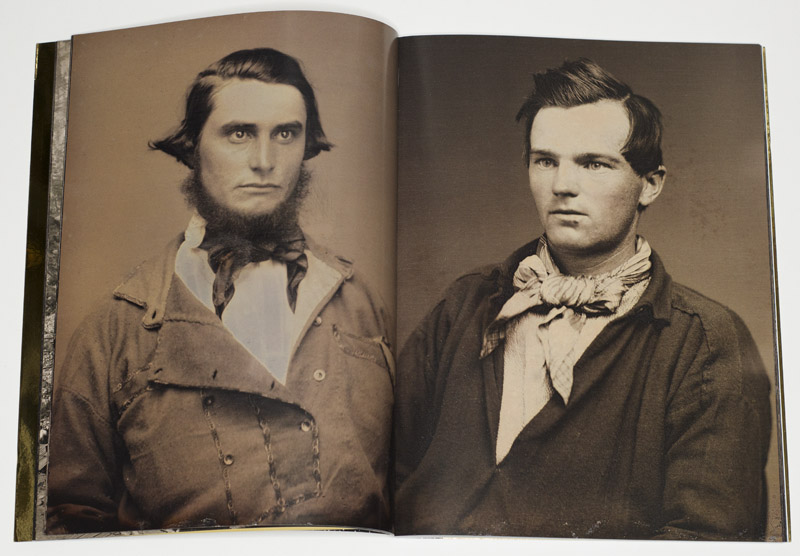 Gold and Silver thus easily is a must-buy for anyone interested in photography. It demonstrates what you can do with the catalog to vastly enhance the viewer’s experience — a viewer who might have never seen an actual daguerreotype in person. It manages to celebrate the photographs and its sitters in ways that break out of the staid and plainly boring format of most catalogs. And by the time the viewer has reached the essay, s/he probably is curious enough to learn a little bit about photography in its infancy — an infancy that resulted in photographs that can stand next to some of today’s most amazing examples.