During one of my recent trips to Warsaw (Poland), I walked around the area of the Old Town, which had been reconstructed after its complete destruction by German occupying forces during World War 2 (actually, most of Warsaw suffered the same fate, the sole exception being parts east of the Vistula river). The Royal Castle was destroyed more than once. First it was shelled by advancing German troops in 1939. Then, Hitler ordered it blown up. Finally, after the failed 1944 Warsaw Uprising, the Castle’s ruins were blown up yet again. There’s something fantastically absurd about these acts, which speak of the utter barbarity of Hitler, his regime, and all his willing followers (and executioners — to use Daniel Goldhagen’s term).

But in part these acts also speak of buildings getting to essentially stand in for ideologies. As a consequence, you can attempt to stamp out aspects of the past by simply destroying a building, much as you can attempt to bring it back by re-building it. Berlin’s burned-out Stadtschloss was demolished by East Germany’s communist rulers in 1950, and now there’s a campaign to re-build it. To that end, the building the communist government had erected in the Schloss’ place, the so-called Palace of the Republic, had to be torn down. Meanwhile, in Poland, there had been debates to tear down the so-called Palace of Culture and Science, which to me looks a lot more interesting than some of the tacky skyscrapers erected around it over the past decades. 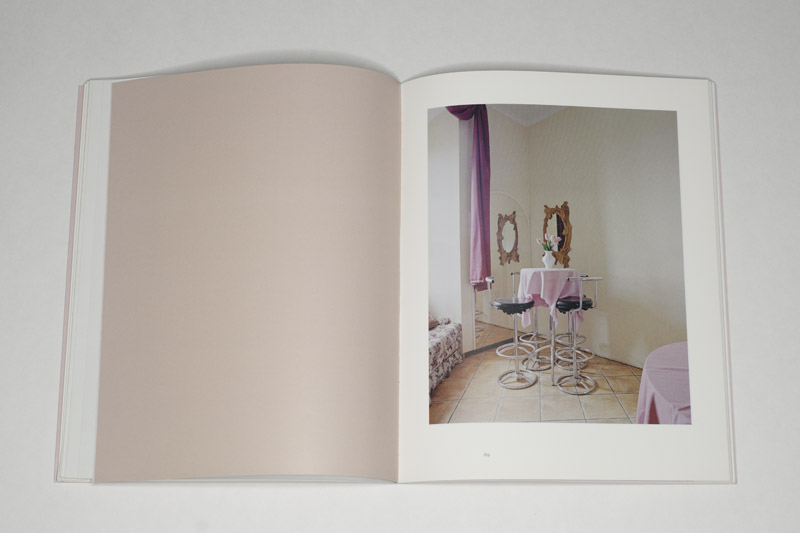 Of course, there’s also the aspect of what you actually do with a building once it’s there. What are you going to do with a feudal building (or its reconstruction)? A friend of mine told me that Warsaw’s Royal Castle is mostly devoid of its original contents because it had been either plundered by the Nazis, destroyed, or lost. And what do you do with a Stadtschloss in Berlin when so many aspects of the city’s past revolve around confronting the nation’s very ugly past in hopes of getting to a better place?

Using a building for a purpose other than its original one isn’t necessarily such a bad idea. But with buildings as symbolic as castles or estate houses built for the nobility, that symbolism tends to always shine through. Even in supposedly advanced democratic societies, there exists an expectation that castles be treated like castles even if their former owners were the most horrible of people. Maybe this is connected to the reason why many democracies are so inherently fragile: it’s very difficult to create and maintain the idea of a larger, somewhat independent head of state without the very absurd theater provided by royalty and their castles (actual news headline this week: “Queen grants Prince Edward title of Earl of Forfar”).

Anna Orłowska‘s Futerał centers on these very ideas. The book presents photographs from inside a variety of castles in Poland that served all kinds of purposes over the past 100 years. Visually, the photographer approaches the spaces in three distinct ways. There are, first, austere b/w photographs of details of architectural interiors that hardly betray their origins (staircases, narrow corridors, …). The second approach shows the general expectation of what one might find in castles — mostly very colourful images of gigantic bouquets of flowers set somewhere in these spaces. In the final set, interiors are shown in colour, which depending on how one were to view them are either misused, disused, abused, or simply used. 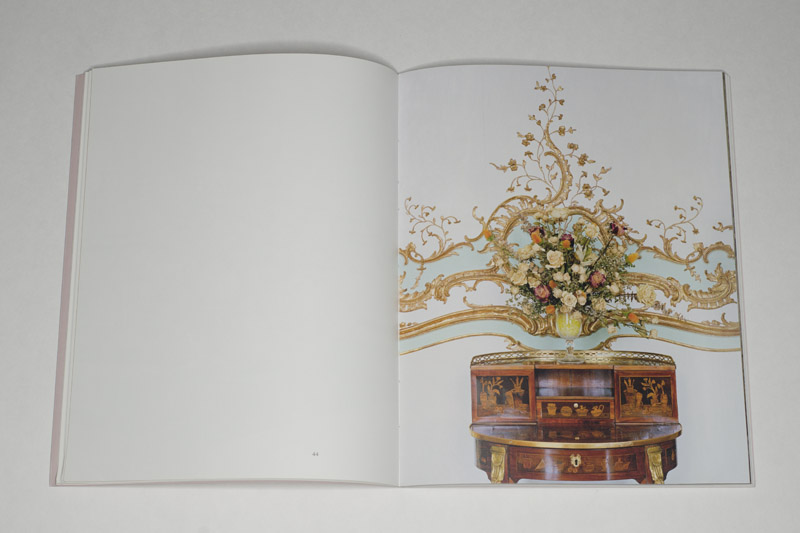 I personally don’t know why there shouldn’t be a gym or cafe in a castle, because that sounds a lot more appealing to me than the original alternatives that are at odds with the ideas of a modern democracy. But clearly, there is something to be gained from using castles as museums, because however one feels about the nobility, they do form part of many countries’ past (and in some cases even their present).

Ultimately, architecture creates power more than it creates culture — architecture typically expresses the ideology of its time (hence the struggles over particular buildings in many societies, especially in those that recently experienced a change in their overarching ideologies). In this, it has much in common with photography itself.

This is why this book is ultimately interesting to me, because it has the potential to have the viewer confront her or his expectations regarding entities that usually are taken for granted. Castles might simply be the most convenient buildings for an examination of how we collectively view buildings and what they mean.

Given the nationalist/populist onslaught on many democratic societies such an examination seems timely. This obviously includes Poland, which is currently governed by a party that attempts to create illiberal, at best semi-democratic one-party rule and that very selectively uses aspects of the country’s history as its guiding principles.