We prefer to think of childhood as a time of wonder. But we tend to forget that it also is a time of considerable terror, a terror that parents do their best to mitigate. Everything is new, and it’s not clear whether what is new is a source of enjoyment or something to stay away from. You grow teeth, which causes considerable pain, and then they fall out, only to be replaced by new ones. You get sick all the time. Occasionally, you get an illness that you get just once in your lifetime, but that doesn’t make it any better.

I remember when I was five years old, I broke my arm. Even as an adult, having to deal with a broken bone is enormously painful. But that’s nothing compared with the sheer terror of going to the hospital as a kid, being unable to move your left arm because of the terrible pain. Even at that age you can already tell that while all the adults tell you it’s going to be alright, this is not like a little cut. Those X-ray machines looked like gigantic contraptions, and it certainly didn’t help that when they took the “picture”, they all left the room (if this is nothing to worry about why are they all leaving?).

In some ways, we all share that experience now, with the pandemic causing such a major disruption to our lives: there’s no cure (yet) for this invisible threat. We don’t know how to avoid it, even though we have some ideas that seem to work for most people. In a sense, we’re being reduced to what we all were able to forget: this is what it feels like to be a child and to face something we cannot understand (it doesn’t help that there aren’t any adults who can help us through this). 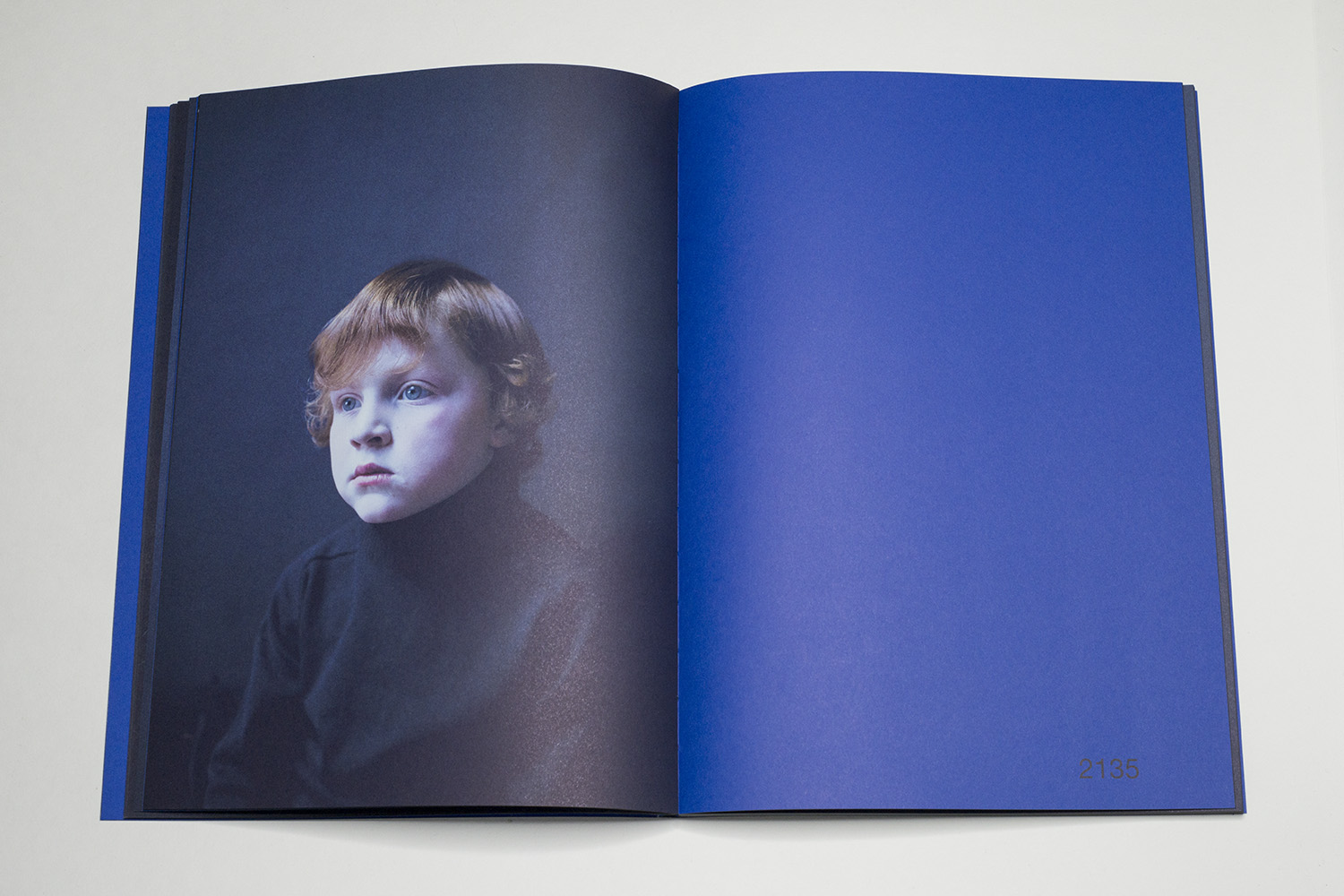 This is not to say that childhood isn’t also a great time. But to forget all the unpleasant aspects sanitizes a large part of the human experience, and that ultimately only serves to infantilize us as adults. Life can be rough, and often it is. Being able to deal with anything that is or feels threatening is an important aspect of life, and it’s a folly to just brush that aside with Hallmark-card-style cheap sentiments.

With Event Horizon, Stéphanie Roland dives into the world of childhood, to show it to us not as a candy-coloured fantasy but rather as a vaguely threatening world of strangeness. To a large extent, this is achieved by how the artist treats her photographs. They’re all blue and desaturated — a look that is similar to visual effects used in contemporary cinema. The subject matter is mostly mundane, but through the photographic treatment, what is depicted acquires a sense of heightened importance.

For example, there is a photograph of a horse that seen against an otherwise undefined background stands out in a way that has the viewer look at it as if it were something s/he had never seen before. In much the same fashion, most of the other photographs employ what we could think of as a Brechtian Verfremdungseffect (alienation effect). The exceptions are provided by the portraits of young children who despite the colour treatment communicate as portraits — and not as pictures of subjects to viewed anew. 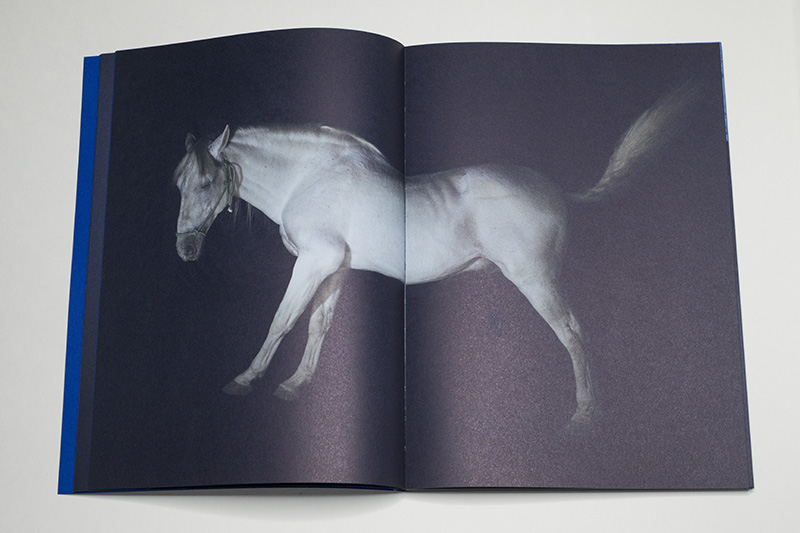 As is the case with other books produced by the publisher, The Eriskay Connection, the design and production play a major role to convey the message. Every image is presented full bleed, a choice that serves to reinforce the viewer’s immersion in the world presented. The book’s edges are coloured black, which along with the cover-design choice serves to transform the book into a somewhat unsettling monolith.

Inside the book, there also are added sections of blue paper that only feature numbers. The first, 2019, coincides with the book’s publication year, and there is a line towards another number on the same page, 2099. Subsequent pages see incremental increases of the numbers used, hinting at the idea of the future and of time passing. The breaks provided by the monochromatic pages help maintaining the overall intensity of the material at hand.

Event Horizon demonstrates how with relatively few very simple means it is possible to construct a book that makes for a very specific and unique experience. This is what I personally expect to see in a photoboook: the confluence of all aspects — pictures, edit, sequence, layout/design, production — that results in the creation of something that simply wouldn’t hold up if just one element were missing.