Emine Gozde Sevim is one of the winners of the 2014 Conscientious Portofolio Competition. Juror Thomas Weski wrote about her work:

“After much consideration I came to the point to select four group of works as my favorites, which I all find interesting because of the personal commitments of their authors showing in their photographs. But I am voting for Emine Gozde Sevim as finalist as I find her work best in its translation of a political topic into interesting images.”

In an extended conversation, I spoke with the photographer about her background and about the winning portfolio, Homeland Delirium.

Emine Gozde Sevim: I was born in Istanbul, Turkey and came to the U.S. for high school in 2001. I went to a small boarding school called Verde Valley School in Sedona, AZ and that’s where I began taking pictures. I was on scholarship and didn’t have the funds to take the photography course, which had extra costs for paper, film, chemicals, etc. at that time.

But there was a special program called “Project Period,” where during two weeks students could focus on learning new skills. One of the courses was on large format photography, usually open to students who had previous photography experience. But the teacher, my first photography teacher, Jeff Perkins, who became my advisor after this course, let me in the course. That’s when I was first introduced to taking pictures and darkroom processing.

After high school, I went to Bard College in upstate New York where I studied Photography, Sociology, and International Relations. Since graduating from college in 2008, I have been based in New York but especially in the last three years, I’ve been spending extensive time in the Middle-East.

JC: You have worked with various Magnum photographers. I’m curious how they have helped you shape your own vision as a photographer?!

EGS: As an organization when we speak of Magnum, we speak of a diverse group of photographers and a very fundamental archive of historical narrative. The opportunity to learn in this environment, as a young individual just as much as a photographer, helped shape my vision in maintaining a conscience about the world I am living in. I think most importantly working with and being around Magnum photographers encouraged me to experience the world in the first person and to strive for finding a personal language in narrating this experience.

JC: Can you talk about what you mean by experiencing “the world in the first person”? Also, when you speak of your personal language, how did you get closer to this? I’m asking this specifically given that younger photographers and/or students struggle mightily with this
exact problem.

EGS: By experiencing the world in the first person, I mean being driven out of a sincere curiosity about the world, looking at the particular and universal values, but then finding one’s own place, seeking actively a relationship to it, engaging in an honest dialogue with it. The sincerity, I think, is what will allow any work to contribute to the larger discourse.

For me, this requires an honest confrontation with the self as an individual, as well as with the world around me and I think this dynamic curiosity is life long. This also goes hand in hand with finding a personal language. There are no final answers, final language, I believe, but only a leap one can take into it time after time.

Making photographs is a freedom of expression that is not granted but we take upon ourselves, which, I believe, in the times we are living in is all the more valuable and comes with a certain responsibility because we are living at a time where everyone is a photographer.

So, I cannot help but ask myself: why should I also take photographs, add to millions of images that are already being made. The only thing I can contribute to the discourse at large is if I am open to the personal vulnerability that experiencing the world I engage with might put me in and in my work translate this experience as honestly as possible. 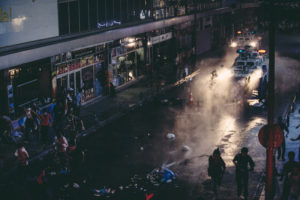 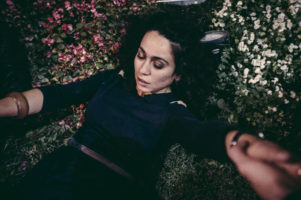 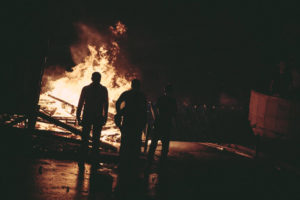 JC: There’s a large focus in your work on the Middle East. Given the region is in the news on a regular basis, why did you decide to pay attention to it as well? What are your goals?

EGS: I was born in Istanbul and my family lives there so I will always have a connection to that part of the world. However, more than the region itself, I’m interested in the historical process and the way photography represents this period.

History, I believe, affects us on a personal level. My own maternal family who left Afghanistan in 1975 is the example of that for me. Arriving in the U.S. two weeks prior to 9/11 attacks only reaffirmed this for me personally.

In short, my formative years have been shaped by the post 9/11 world order. I had a personal stake in this, in that being from that region and living in the West, I strive for an understanding about these two worlds that have been in opposition to one another. Hence, I’ve just become progressively interested in what was happening in this part of the world. What I saw in the news just didn’t satisfy this curiosity for me. I wanted to see with my own eyes the course of historical events and look beyond the events and live the experience of this time.

In my work, I aim for a sincere and personal narrative that experiments with this approach. But this is a lot more unconscious when I’m actually in the experience of it all than a pre-mediated method prior to being there. In other words, the experience dictates my pictures, not the other way around. And though my motivation stems from within, from my personal quest and curiosity, I am hoping that my work will contribute to the discourse of the medium at large by offering an alternative way of looking at the way we portray history.

JC: How is the opposition you talk about playing out for you, both as a person, but then also and especially as a photographer?

EGS: Historically speaking, there have been many atrocities, and I believe we are living in the shadow of this history, which seems to leave no room for negotiation. Until recently, I actually believed that the opposition was just a political discourse. I thought on all sides, enemies, us vs. them, were categories in and of itself for politics.

With the most recent developments, I feel as though this opposition now has come down to a person to person level. Even on an individual level, I find that we are consumed with fear and hence the idea of eradicating the other. At times, this is so depressing as it feels like time is moving forward, but we, as humanity, mostly are not.

Photography, I believe, might in fact be the only hope at this time, at least for me, because at a time where most forms of expression are closing down by reinforcing the opposition, this opposition in particular, photography can actually expand our perspective through creating a shared universal experience, a room to listen to the other so to speak.

In the trenches of complex realities that are in the midst of unresolved histories, it is so clear that the world is not divided into two, it is in fact a multi-layered, non-linear experience. As I work in the documentary tradition, I look for manifestations of that in the everyday life as I feel it.

Of course, at first a photograph has to grab the attention of the viewer and this is where aesthetics come in. However, I believe, photography allows for a possibility to change perspective through a narrative that is not simply describing or giving answers about the experience, but channeling the experience for others to experience it, to relate to it in their own way as well.

JC: Let’s talk about Homeland Delirium, the body of work that was picked as a winner for the competition. Can you put the work into context, for those who are unaware of its background? What are we looking at here?

EGS: Until Gezi Park protests in 2013, the general public in Turkey was mostly dormant partially, I believe, because of the particular history the country had. Turkey had violent street unrest until the 1980’s, which in the aftermath seemed to have silenced the public. The younger generation born in the 1980’s, which I’m a part of as well, did not experience the steel-hammer response to going into the streets to protest, and Gezi, I believe, could come about a result of this. Being unheard or invisible as citizens was not a status quo and it exploded, among all the problems the country has, over a park in the center of the city.

However, though Gezi protests lasted just a little bit more than two weeks, the experience of these days resulted in a new emotional era. In Homeland Delirium, I aim to portray an authored feeling of this period, influenced by cinematic aesthetics. All the images are documentary, in that I do not set-up the shots, however, through an impressionistic approach I aim to convey a feeling that to me seems more like scenes from what could be a fiction movie than an everyday reality.

JC: What do you hope to achieve by portraying things like a “fiction movie”? Why does history have to look like a fictional movie – especially given the history in this particular part of the world is not as well known to large audiences in, say, the US?

EGS: My photographic language stems from the place I relate to the subject matter in the first place. My aesthetic choices accordingly result from the influence of the situation, which I only become fully conscious of in the aftermath of making my photographs.

Historical narratives can take different shapes of course, and photography has been instrumental in forming them. As a photographer, I remain impressionistic in my language, because the most honest place I can begin from is to admit my own humble position, and that way I can best channel what I felt. For Homeland Delirium specifically, I am from Turkey, I speak the language. So yes, intellectually I understand all that takes place on the surface. However, I think the role of photographs in contributing to the historical narrative is not merely by describing the events, which are already at our disposal through internet and other resources.

If in some years from now, through a body of photographic work, we can go into an experience of the feeling in a period surrounding a historical event, I believe there is a chance beyond information to hook our mind and stretch our perception.