After the terrorist attacks on September 11th, 2001, most Western governments created stricter laws and mechanism designed to prevent future attacks. The extent to which individual countries pursued this goal varies considerably from country to country. The United States appear to have gone furthest, as the recent revelations of what appears to be a massive domestic surveillance program appear to make obvious (at the time of this writing, the full extent of the program, including many details, is not clear). It seems that for many people the threat of terrorism justifies dramatically curtailing the very rights that have been the very foundations of some of the oldest democracies in the world.

With Guantanamo: If the light goes out, photographer Edmund Clark portrayed the prison that was – and still is – holding hundreds of so-called detainees in a state of legal limbo: Most of the laws that previously were considered to be sacrosanct were simply taken as not applying to these men. As a matter of fact, the suspension of laws has become another aspect of the “war on terror.” In other words, the laws – and rights – might still be perfectly valid, except that they don’t apply for a while.

Clark’s latest body of work deals with so-called Control Orders in Britain, essentially a type of house arrest for someone suspected of potentially terrorist activity. One of the most disturbing aspects of Control Orders is that the evidence is being kept secret from those under such orders. Needless to say, that secrecy prevents those under control order (or their lawyers) from defending themselves. Just like in the case of the Guantanamo Bay detainees, the Kafkaesque repercussions are obvious. 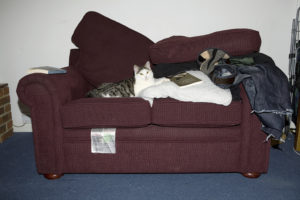 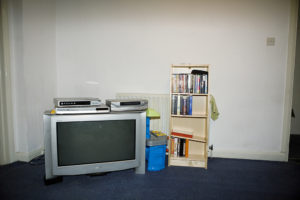 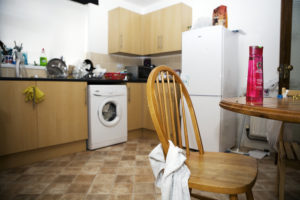 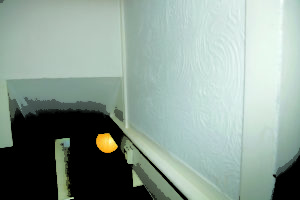 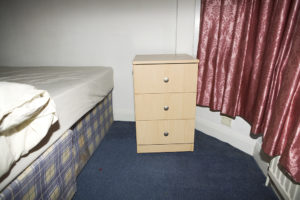 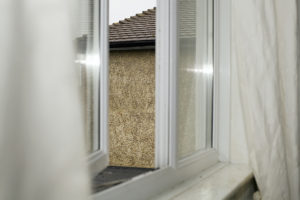 How would one go about photographing something like this? Obviously, the first hurdle comes way before the photography: Permission. Once permission was granted – this included all kinds of stipulations and rules – Clark had to work within the boundaries of what he was allowed to do (find the artist writing about the work here). Consequently, the photographs he took are, on the surface, incredibly mundane: Here’s what looks like some sort of anonymous house, in which someone is living. But if there ever were a case to be made that what matters in photography is what is not in the pictures it would be here.

The resulting book, Control Order House, adds a lot more information to the photographs, in the form of reproductions of legal documents and correspondence between the photographer and the authorities (needless to say, all specific information was blacked out). There also is a diary the detainee kept for three days at Clark’s request.

Taken together with the photographs, the documents in Control Order House might give the viewer/reader an idea what such a life must feel like, a life that is suspended, for reasons that are essentially secret. It is to be hoped that books like this one will make more people look at the repercussions of the national-security states that have been built.

If there is a balance to be struck between liberty and security, how far do we allow that balance to be tilted towards a security that in all likelihood is not perfectly achievable anyway? Are we going to be happy with the government suspending the rights of some people for reasons that are kept secret from them (and, of course, from us as well)?  Are we going to be happy losing large parts of our privacy (if not all of it)?

We need to have answers for these questions. To get to those answers, we need to be able to have a debate. Clark’s Control Order House is one of the pieces of information that can help us look at some of things going on, and to then talk about them.