Over the course of the past decade, the idea of the narrative-driven book has become one of the main ideas behind photobook making. With time, it has become such a fad, though, that I now encounter more and more photographers who ask me whether they need a narrative to make a book. My response almost inevitably combines a mix of utter shock and sheer delight: no, you don’t. Most photography does very well without a narrative.

While it’s an art form in itself to create a well-made book with a smart narrative, it’s actually just as difficult to make a book that doesn’t have one, for the cases where a narrative would not be in service of the underlying body of work in question. In fact, I’ve now come to find myself drawn to books without a narrative, given that these days narrative-driven books too often end up being exercises in being clever (often with unnecessarily gratuitous graphic-design gimmicks added on top).

Without a clear narrative, which does the job of guiding a viewer/reader though a book and which often (but not always) serves to keep them glued to what they’re looking at, you have to be able to have your audience understand the basic idea — however clear or fuzzy it might be, while preventing them from jumping ship, from, in other words, putting the book aside halfway through. 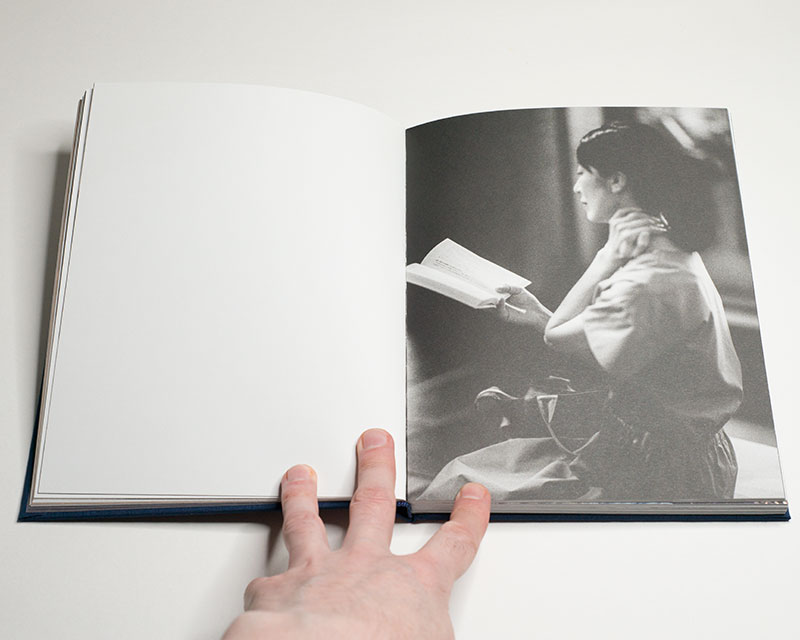 This can be particularly difficult when the idea or topic is broad and when the audience will have to bring patience to the book. In the context of an image-centered book it’s easy to not be aware of this fact: books require an investment of time and mental energy by their viewers/readers. That investment can be relatively small, or it can be considerable.

I think one of the biggest challenges for many artists is to embrace the idea that a viewer will have to invest time and energy when they look at a book. This is not any different than making a movie that lasts four hours, is complex, and avoids trite Hollywood conventions. As an artist, you’ll have to have the confidence that there will be people who are willing and able to invest the time and energy. Those people are your audience.

Photographed in Japan, Silvia Pogoda‘s Butterflies is a Stimmungsbild — there is no good English translation for this German word that combines Stimmung (mood) with Bild (image, whether abstract or concrete). Through a large variety of imagery — some black and white, some colour; some abstract, some concrete; some close, some far away — the book conveys the mood of something that is hard to define, yet relatively straightforward to experience when leafing though its pages. 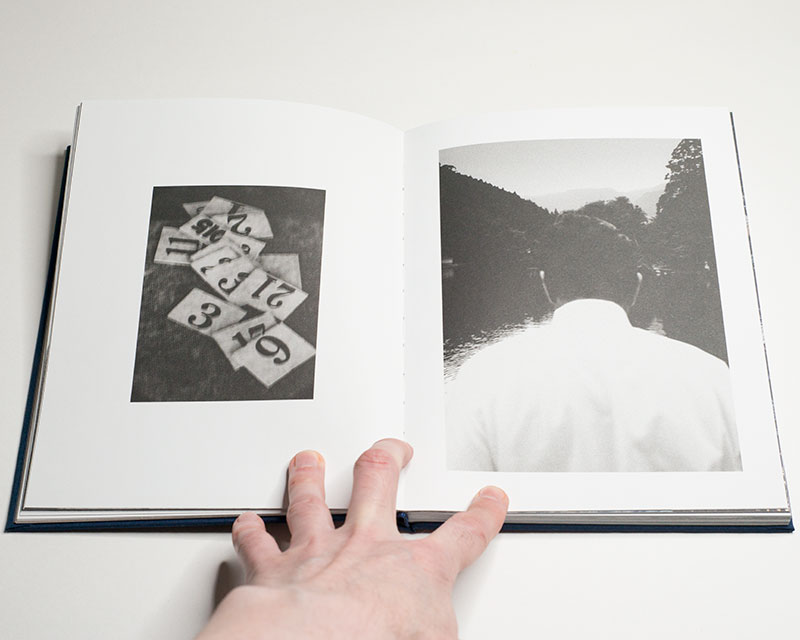 Much like any Stimmungsbild, this one doesn’t reveal itself so easily. As a viewer, you can’t look out for it — instead, you will have to experience it. With every exposure to the book — it’s a book that begs for multiple viewings — the feeling becomes stronger and stronger.

In a nutshell, this is how non-narrative photobooks often work: in each of their pictures, they hint at the larger feeling, a feeling that needs to get built up by a viewer who trusts the book enough to be able to give it their full attention.

Thus, with Butterflies a viewer is thrust into a world that on the surface looks Japanese (in particular through the faces of people depicted in some of the photographs), but that feels familiar to what one might have experienced in one’s own life. There is a mix of joy and sadness caused by the impermanence of things, by the fact that every moment, however mundane or beautiful it might be, is not going to last forever.

The book’s makers themselves appear to struggle with what they have on hand: “It is also a story about beauty and its degradation, and the beauty of degradation.” (quoted from the publisher’s page) Unfortunately, words are made to appear throughout the book, starting with the cover. I don’t feel these words do the book much of a service. For me, they come across like sentiments one might find in a fortune cookie. 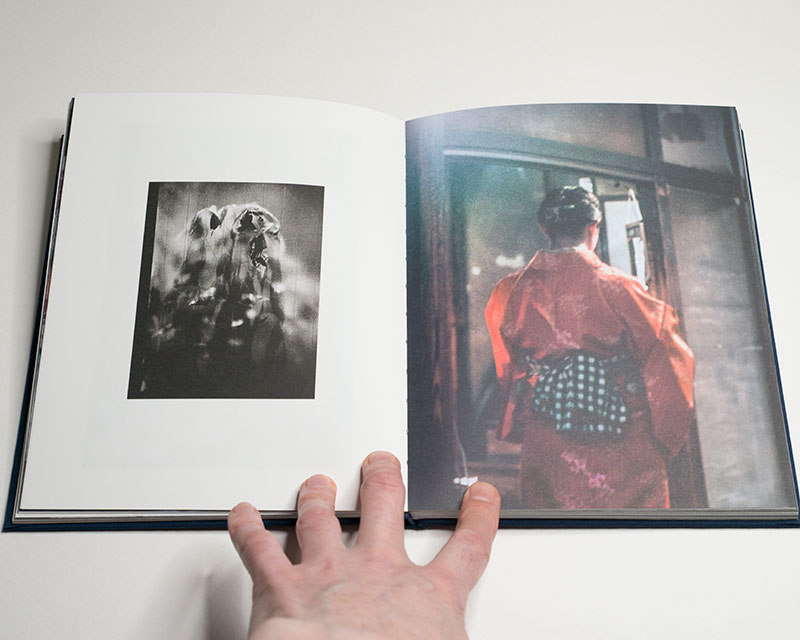 There is, of course, that perceived need to add words to a visual book — something for people to grab on to. But this temptation must be resisted where it will lead a viewer astray or where it might cheapen their experience. (Alternatively, add some words that don’t help the viewer at all and make them think about something related, but seemingly completely different.) A Stimmungsbild works because of what it does on its own. Trust your viewers to pick up on it, while demanding from your viewers that they will do the work necessary to get there.

As an object, Butterflies is a handsome production with a modest size and a deft choice of paper: the paper allows for just enough details in the printing, while also contributing to a sense of dreaminess (for a lack of a better word). Its weight and tactile qualities contribute much to the overall experience.