The United States isn’t a country governed by laws. It’s a country governed by lawyers. It would seem that this is a nonsensical statement: aren’t lawyers bound by laws? Well, yes, in theory. In practice, things are very different. In the US, it’s not laws that govern the civic space. It’s the lawyers you can afford to hire (or if you’re a politician, the judges you can install so they do your bidding — just look at what just happened at the US Supreme Court when it let Texas’ insane anti-abortion law stand). Consequently, wealthy individuals or large corporations are at an advantage.

Just take an example: Facebook. The company managed to shut down research into its own practices recently: “the researchers ultimately chose to shut down the project, believing they would face legal action from the company if it continued. Reached for comment, a Facebook representative confirmed the meeting, but denied threatening to sue the project, saying the company was open to find privacy-preserving ways to continue the research.” They don’t even have to threaten to sue. But, *wink wink*, of course everybody knows what’s going on.

Unless you’re a lawyer yourself, you probably don’t know much about their dealings. You might know that there are powerful law firms, and maybe you’ve seen ads on TV where local personal-injury lawyers offer their services. Every once in a while, you might receive some weird looking postcard or email where you’re being informed that you can become part of a class-action suit because of something you bought or used in the past. 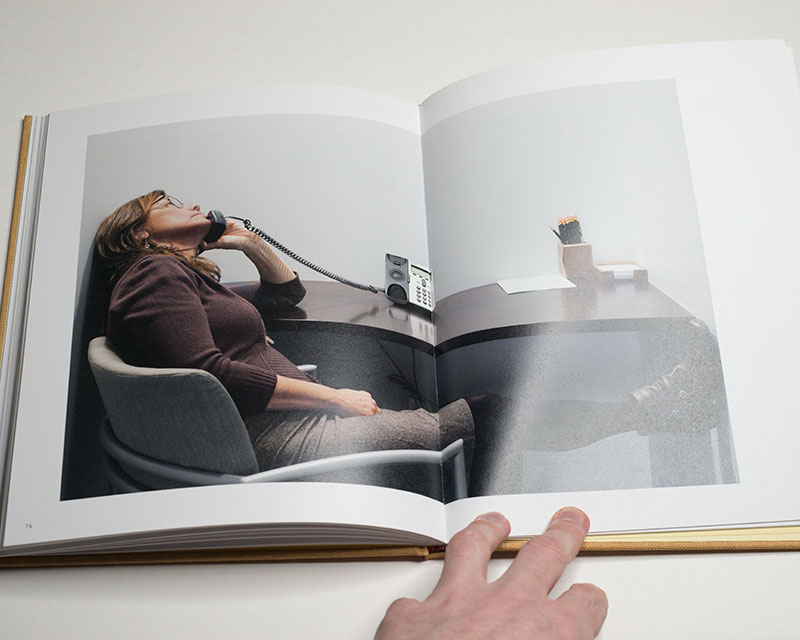 Robin Dahlberg, a former lawyer who is married to a lawyer, has firsthand knowledge of the world of law firms. As a consequence, she managed to gain access to this world. Other photographers with enough skill and perseverance might have achieved that as well. But access alone doesn’t make for insight, for knowing what’s going on. For that you need the insider knowledge and experiences you gain from having worked in such an environment.

Billable Hours in 6-minute increments had been making the rounds in its artist-book form for a few years. Now, there is a trade edition (published by Daylight Books). The book presents what’s going on in a law firm following a fictionalized day, using a mix of staged and candid photographs (in a number of the pictures, Dahlberg used herself as a model — see an example above).

The viewer is made to enter the building and the day then unfolds in all of its strange glory, the glory being that these people are getting paid a lot of money to talk to other people who do the same thing, and their clients foot the bill (and live with the consequences). The environment looks incredibly corporate and clean, with the exception of huge, messy piles of paper that pop up in places. 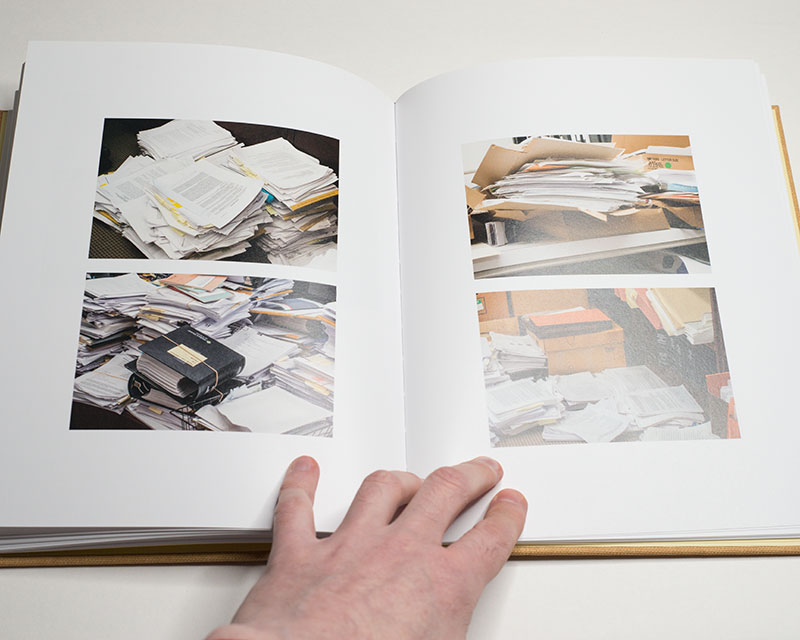 It’s also a very white world, and it’s a world dominated by men. Women are shown as having subaltern roles. For the most part they are depicted as following the men’s leads. Two essays at the end of the book make it very clear how much change is still needed in the world of law firms to increase its diversity (you could obviously say the very same thing about photoland).

What makes the book so interesting is the fact that somehow, Dahlberg was able to inject a sense of humour into the work. There are some echoes of Florian van Roekel‘s How Terry Likes His Coffee where the depiction of the most unremarkable office settings creates a sense of absurdist humour. The crucial difference is that while the Dutch artist presents what looks observed, Dahlberg was willing — and able — to shape photographs where needed.

In other words, there is a clear opinion that forces its way out. And that opinion ties in seamlessly with what was observed, leading to a book where it’s not always clear what was found and what was made. It’s a very convincing fiction, albeit one that accurately reflects the reality of a law firm, as seen by Dahlberg. 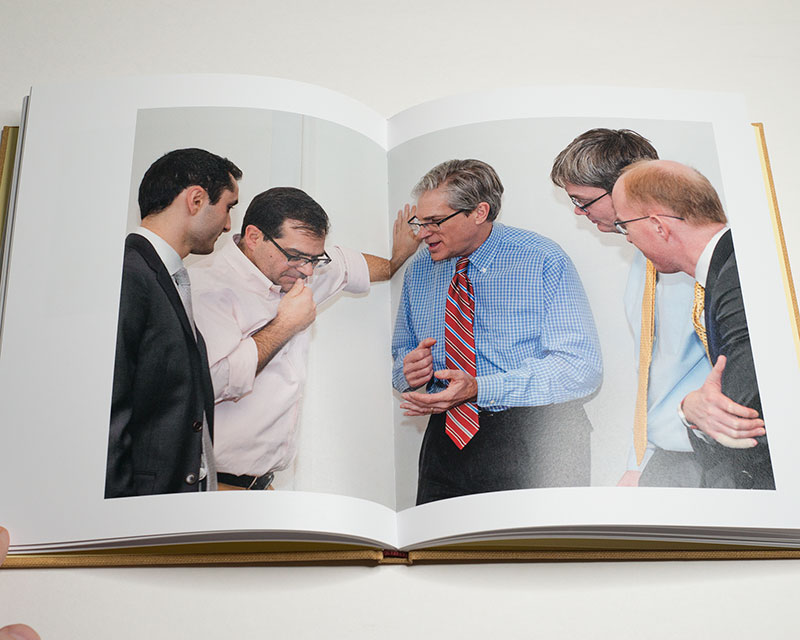 If you’re not very interested in what’s going on in a law firm, another way to think about Billable Hours in 6-minute increments is to see it as a visual primer that focuses on power and hierarchies. Almost every photograph in the book speaks to that.

One of my favourite pictures shows five lawyers engaged in a conversation. It’s not clear what they’re talking about, and it doesn’t really matter. What becomes very clear is the sense of power that each one of these men has. They each know their spot in the hierarchy in the law firm — and outside. I look at these men, and I’m convinced I know how they’d behave if I encountered them in real life (whether individually or as a group). If you’ve lived long enough and paid enough attention to how the world is run, you know what I mean.

Lastly, given the relative dearth of photographers shining a light on the rich and powerful, Billable Hours in 6-minute increments is a more than overdue and welcome book. As I’ve argued here and elsewhere, the rich and powerful not only bankroll larger parts of photoland (which in very obvious ways mostly shields them from becoming subject matter — what art organization would want to offend the people it stages elaborate fundraising galas for?), they also have the means and power to control whether they are going to be depicted and how.