Eighteen years after a group of terrorists attacked the United States on its own soil, there still are soldiers in Afghanistan, which served as the base of the terror organization, Al-Qaeda. Al-Qaeda has now been defeated — or maybe not, it’s really not that clear. The moment someone suggests withdrawing the soldiers from what looks like an endless war that doesn’t appear to have any goals other than sustaining itself, someone else will claim that Al-Qaeda aren’t defeated and/or they might re-emerge. You can swap out Al-Qaeda and Afghanistan for some other group and country — there is no shortage of locations where the US is maintaining a military presence without, seemingly, making any headway beyond anything that’s purely warfare.

The world of photography has long lost interest in locations such as Afghanistan or Iraq, much like the rest of the country. Meanwhile, Afghan civilians are still being butchered by the dozens, now often remotely through the use of drones: “A U.S. drone strike intended to hit an Islamic State (IS) hideout in Afghanistan killed at least 30 civilians resting after a day’s labor in the fields, officials said on Thursday.” “We are aware of allegations of the death of non-combatants,” some military spokesperson is being quoted, “and are working with local officials to determine the facts.” Yeah, right.

War is a meat grinder, and the meat that’s being ground typically is that of foreigners. But the thousands and thousands of soldiers sent abroad to do the grinding do not come home unaffected. Some lose their lives, others a limb or two, and most — maybe all of them — lose their sanity, suffering from post-traumatic stress disorder (PTSD) for the rest of their lives. I’ve now lived long enough to understand that war is not communicable in any way — you have either experienced it, or — if you’re lucky — you don’t. I’ve also come to understand that there’s a gulf in understanding between those who have experienced war and those who  have not. 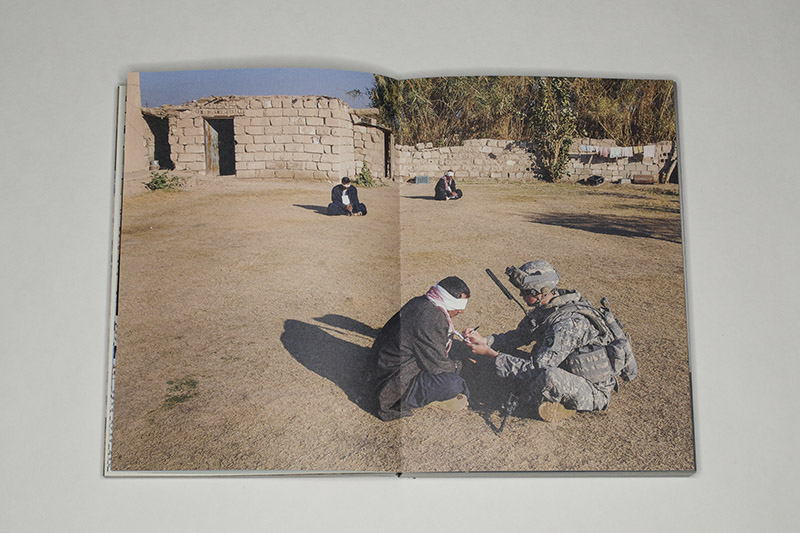 One of my grandfathers came home from World War 2 as a psychological wreck. Today, we’d speak of PTSD, back in the day (it took me years to piece this together), he was just being difficult and abusive to those he returned to. And then he left again, to find his final resting place in a pauper’s grave somewhere in the city he was born, having been disavowed by my relatives. As I said, a gulf of understanding — also on my part (how could they?…).

Ben Brody went to war, happily at first. I know this because he wrote about it in his book Attention Servicemember: “I was 22 and thought the Iraq War would be the pivotal moment for my generation, as Vietnam was for my parents’ generation.” Ben, with whom — full disclosure — I worked on some of the pictures in the book when he was my student, wanted to be a photographer; having failed a photojournalism class he signed up as an Army combat photographer. This put him into the middle of things, from which you couldn’t easily extricate yourself (like a photojournalist).

Obviously, you cannot just take any pictures as a combat photographer, or rather your superiors want to see a certain thing (victory). As Ben writes in the book, this approach isn’t entirely different than how photojournalism works, it’s just somewhat different objectives. Having eventually left the military, he went back to photographing, this time as an embedded photojournalist. He ended up photographing in both Iraq and Afghanistan, and there is a very large number if photographs from both locations in the book. 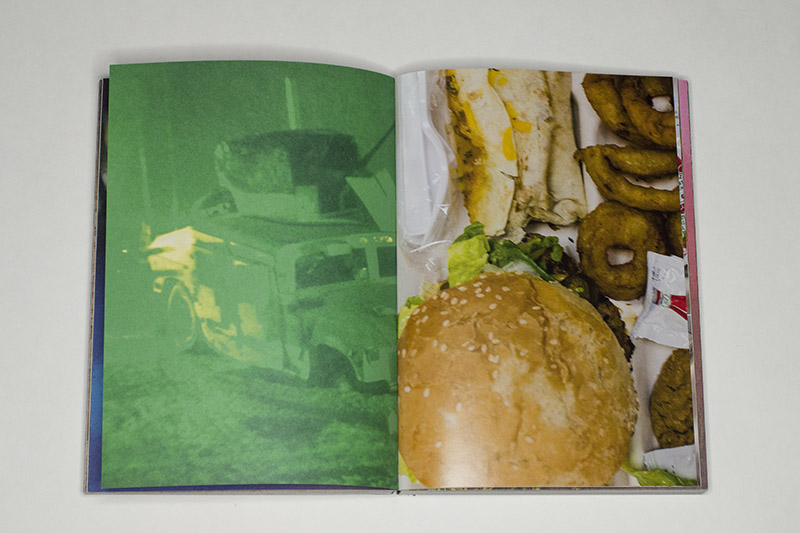 There also are photographs from until after he decided he wasn’t going back any longer, photographs in which he attempts to describe what the world at home looks like to him now: “After long periods in war zones, being shot at and blown up starts to feel normal. When you get home, you feel crazy for awhile, because no one is trying to kill you. That feeling fades quickly, but I still see the tactical geometry of any room I’m in. I also see war at the gas pump, war in the choices that people make who consider themselves peaceful, war in our drug use, war in our economic system, war in our collective anxieties.”

Attention Servicemember brings all of this together, and it might just be the photobook to describe the almost 20 years of continuous US wars in the early 21st Century. A lot of the elements don’t seem to quite fit together, but that’s apparently what war does: it reveals the insanity of the human condition that lies underneath the very thin (and currently thinning) veneer that we mistaken for our culture, for our civilization. It is the text that holds it all together and produces the impressive end result that the book is. Ben’s first-person account of his journey gets the viewer/reader as close as s/he can hope to the reality of war.