Writing entails thinking and editing as much as writing itself. Mind you, writing itself isn’t thinking. You’ll learn as much when you look at your writing and realise that somehow there’s something different than what you had envisioned. Thus, you edit. You edit depending on whether you want to accept what you wrote. After all, it didn’t come out of nowhere, or you edit based on what you thought should be on the page or screen.

Usually, editing involves a mix of these two types of work. What you write about should have some resemblance with what you set out to do — especially if someone pays you to do it (which, alas, doesn’t happen quite as often as I wish it would). Then again, what you write can be just so much more interesting than what you had in your head when you started out.

When writing a photobook review, I feel boxed in. The book(s) in question should be discussed, even though sometimes, I feel that there isn’t much to say. By that I don’t mean that the book might be bad. Rather, an intelligent and attentive viewer for sure could do the work on their own, while they might benefit from a larger framing of the work. It sometimes feels outright reductive to me to delve into a topic, only to spell out why some book deals with the subject matter well. 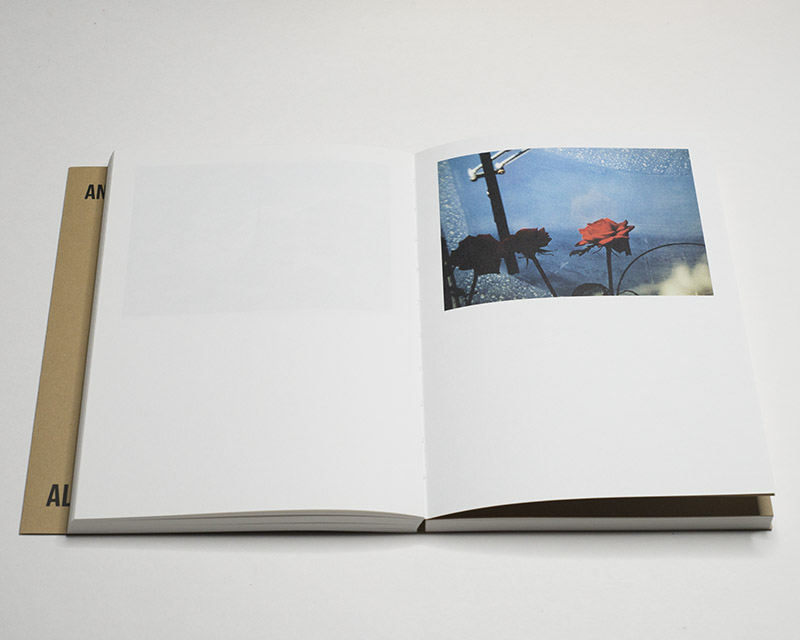 Still, what is a book review without the book discussed at least in some detail?

Plus, I need an angle. By that I mean some idea how to approach the book, given that I am very interested in tying a book to something else: its context or anything that helps a viewer understand and/or approach the book better. That’s the goal anyway. I can’t tell whether I’m succeeding because writing, especially online, has much in common with shouting into a void.

But sometimes, it just won’t come together. Then, you have to either give up and move on, or somehow salvage what you have. This happened to me when I tried to write a review for two recent books last weekend. After a long day of work, I was stuck with maybe 500 words that just wouldn’t get anywhere. To make matters worse, I dreaded the thought of having to salvage.

A couple of days ago, it occurred to me that I could do something very different. Why should a book review be about the books and not about the process of writing? This might actually be interesting, I thought, especially for those readers who have been following along here for a while. 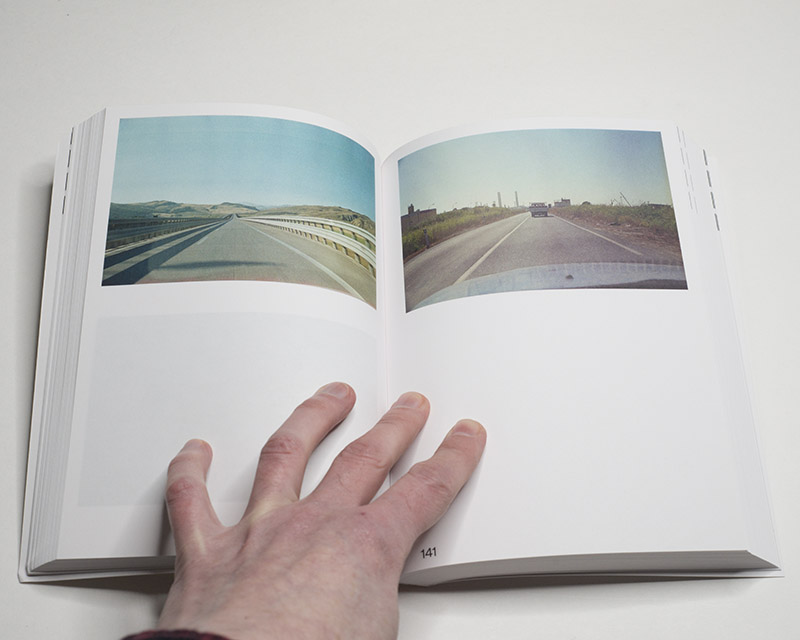 The task at hand… more precisely: the task I had set myself involved two books that seemed perfect to discuss as a pair. Off we go:

The lives of two Italian men, both roughly born at the same time, both dead by now, are told through and with photographs in An Attic Full of Trains (MACK; full disclosure:MACK is also the publisher of my own Photography’s Neoliberal Realism) and Flattened in Time and Space (Witty Books), two recent photobooks that are so similar in some ways (down to their physical sizes) and so radically different in others.

I had felt so good about the idea of comparing these two books, both of which had enough overlapping aspects, that I thought the review would be a breeze. Writing is at least 80% self-delusion. After the first paragraph, I already noted I had maneuvered myself deeply into that territory. It’s not that the idea is bad. It’s just that I realized that I was running into problems. Still, I kept going:

To begin with, we might note that most viewers are very likely to feel drawn a lot more to one than the other. Attic — photographed by Alberto di Lenardo and edited by his granddaughter Carlotta di Lenardo — is going to appeal to those who are drawn to what we can think of as the standard model of art photography, in which each picture is intended to be its own exquisite self. The book is filled with good pictures, which is likely to have someone wonder whether we’re here dealing with another discovery of a previously unknown master photographer.

I don’t want to say that my own bullshit meter went off after I had written this. we might note that most viewers are very likely to feel drawn a lot more to one than the other — that’s not necessarily bullshit as much as just some pretty lame writing. Then again, there is some merit to pointing out that more often than not, personal taste is a hindrance for many people when approaching art: why spend time with something you don’t like when you could just look at what you do like? 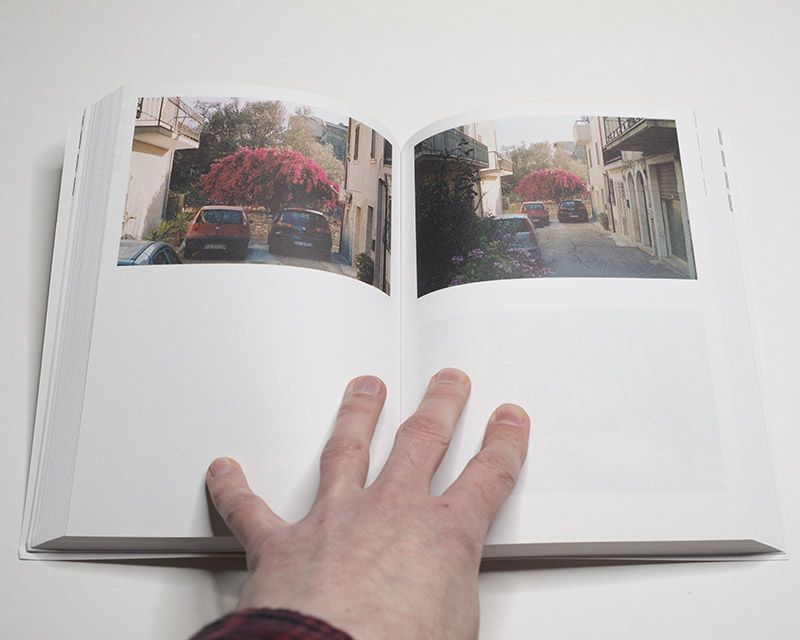 OK, I thought. Onwards. (You might have noticed that I was basically bullshitting myself in the previous paragraph.) How do you write about art? There are many ways to do it, but a mix of description plus references plus some judgment isn’t bad:

Out of the 8,000 photographs left behind by her grandfather, Carlotta di Lenardo has very deftly edited a selection that make it tempting to come to this conclusion. Whether or not there truly was an incredibly rich archive or whether di Lenardo “merely” managed to pick the few good ones is besides the point. More often than not, what is on view is incredible, with echoes of, let’s say, Saul Leiter and occasionally William Eggleston in the work.

As it turned out, I had to add the previous paragraph when I realized that if I simply continued with the following one, I’d lose my point completely — how do you compare two things without telling people what they actually are in some detail? Having given some references, I added one to the following paragraph, which became:

In contrast, Flattened does not contain all that many masterpiece photographs. But it is this very absence and the use of other photographic strategies that make it interesting. Where Attic might evoke the spirit of Vivian Maier, this book operates along the lines of the various artist books made by Ed Ruscha in the 1960s (for example: Twentysix Gasoline Stations), albeit in a vastly expanded form. What is more, there were more than one photographer involved, Angelo Vignali plus his “mother, friends and strangers”.

Everybody compares a newly discovered archive with Maier’s; I felt I had to throw that in. Honestly, though, the spirit in Attic is very Leiterian, with Leiter’s nudes being replaced by di Lenardo being very interested in women’s behinds. 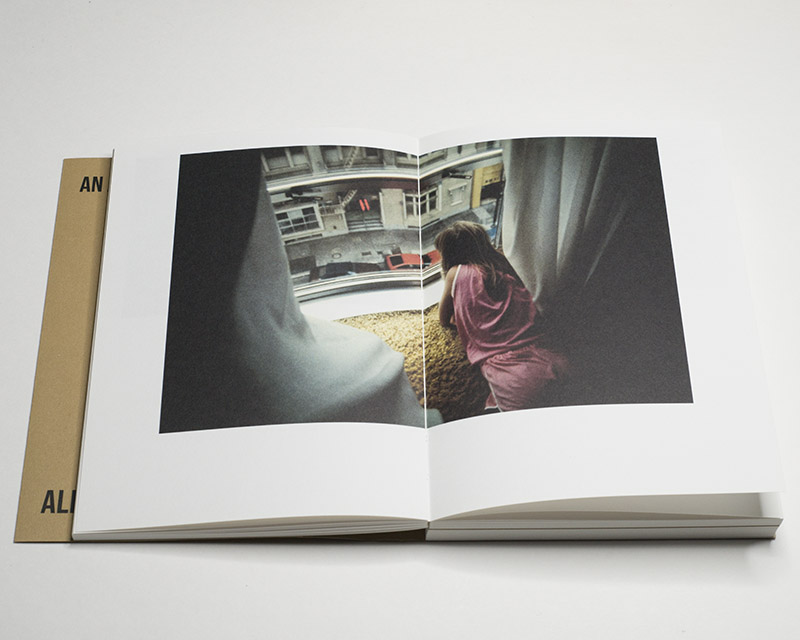 Actually, the book’s cover and very first picture both show a young woman from behind. This reminded me of a comment made in an episode of Mystery Science Theater 3000 (can’t remember which one). Some movie started out with the camera following an attractive young woman climbing up a ladder, filmed from below, and Joel yells: “Hey, they’re giving away the plot!” (it’s such a Joel comment, isn’t it?).

If anything, what I just wrote doesn’t mean all that much other than me realizing that while I enjoy the photographs di Lenardo had taken (he obviously was a very gifted photographer), there is plenty of male gaze on steroids. And I wanted to write that in my review, but I couldn’t find a way to finagle it in. Anyway, I was in the middle of discussing the other book anyway, so why would I be thinking so much about this?

Visually, the photographs betray their vernacular sources through their aesthetic such as colours that while never having been that faithful having shifted even more with time or occasional streaks and patterns caused by subpar film development. Divided into five chapters, there is ample repetition, or rather pictures taken from slightly different vantage points frequently follow each other. As a result, most chapters invoke a moving through a space (much like in, for example, Yutaka Takanashi’s Towards the City, albeit using a different aesthetic).

Some description, plus another reference that, however, felt a little bit like showboating to me. Did I really need that? At this stage I had already realized how little I was getting out of my idea for the review. But I had put hours into it already — hours because as things weren’t going anywhere, I kept checking my email to see if someone had written me (nope, there isn’t much of that on the weekend), I kept checking the news to see if something had happened (ditto), I kept checking Twitter… You get the idea. 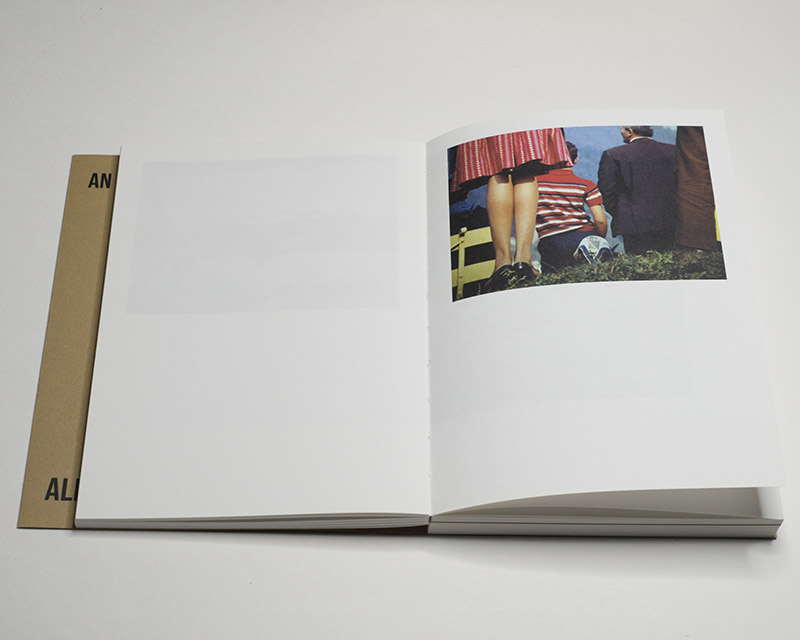 I was really fucking stuck, and the worst part was that it was all my own fault. That’s always the case with writing: you fuck up, and it’s all your own fault. It’s not even just that you don’t want your readers to see this, it’s not that you don’t want them to read a bad piece. You also don’t want to live in those moments where you realize that writing (much like any other creative endeavour) entails constant failure. And at times that failure can be crushing.

I had a bad feeling when I wrote this. Honestly, I knew that metaphorically speaking I was basically throwing good money after bad. Oh well:

These differences notwithstanding, I’m somewhat certain that the lives of the two men who are at the centres of these books would not have been that different, their possibly different socio-economic statuses notwithstanding. Seen that way, I see these books as companion pieces, where one informs the other: however much we attempt to understand another person through photographs, whether their own or other people’s, in the end, we are left to realise the futility of that endeavour. For all we learn, there is an infinity of other aspects of their lives that will forever elude us.

Here, I’m basically refusing to let go off my original idea — hey, good idea to compare these books because they’re kinda the same. Are they, though? Well, no, they’re not the same, neither in an obvious sense, nor in a larger one. Unless, dear god, I make this whole review turn on how photography works in which case I might as well give up. Which is what I did after seeing into what sorry corner I had written myself. 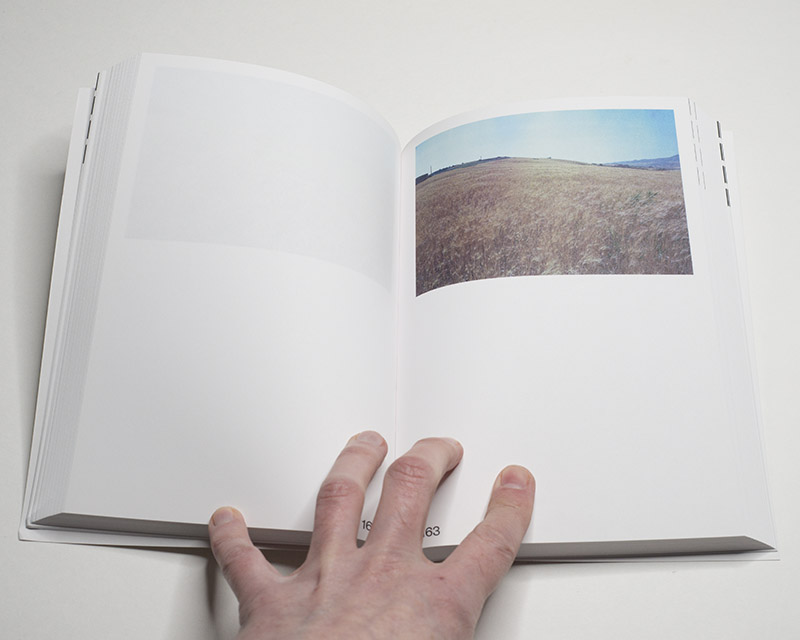 Where does this leave you, the reader? Well, I do think there’s enough in the above for you to get an idea of these two books. And maybe you’re smarter than I am and can tie together their comparison. I’m also thinking that if you have been reading this site for a while, you now know well what I think about these books (my apologies to all readers who aren’t regular followers).

The reality is that writing (the outcome) is only as interesting as you can make it (the process) for yourself, the writer. I have been reviewing many books over the past decade. While I mostly enjoy doing it, maybe it was the strange combination of all kinds of factors this year that finally had me face the fact that in terms of the craft, I’m somewhat bored with it.

Don’t worry, though, I will continue to write to write reviews in a conventional manner. At times, though, I will also try to find a new way (obviously, not the one I used above because you can only do that once).