I feel it might be best to cut to the chase right away: America Origami by Andres Gonzalez suffers from the same problem as Mathieu Asselin’s Monsanto: A Photographic Investigation. In both cases, a photographer set out to very ambitiously tackle an important, large topic. In both cases, the respective publisher pulled all the right stops to produce what should be an engaging book. And in both cases, the photography is competent, yet mediocre if not lackluster.

When I write this, I don’t mean to extend that description to the photographers. Someone clearly would have to care a great deal to spend years on exposing the tragic truth behind US mass shootings or an agricultural corporation that’s poisoning the planet. But good photobooks do need good pictures in 99% of all cases. And the 1% of cases — that’s usually where the pictures don’t matter at all (for whatever reason), or the idea of the book is to display crappy pictures.

For all other books you need good pictures. A photobook is a visual medium, and as a maker you will have to sustain a viewer’s attention. That’s what it comes down to. 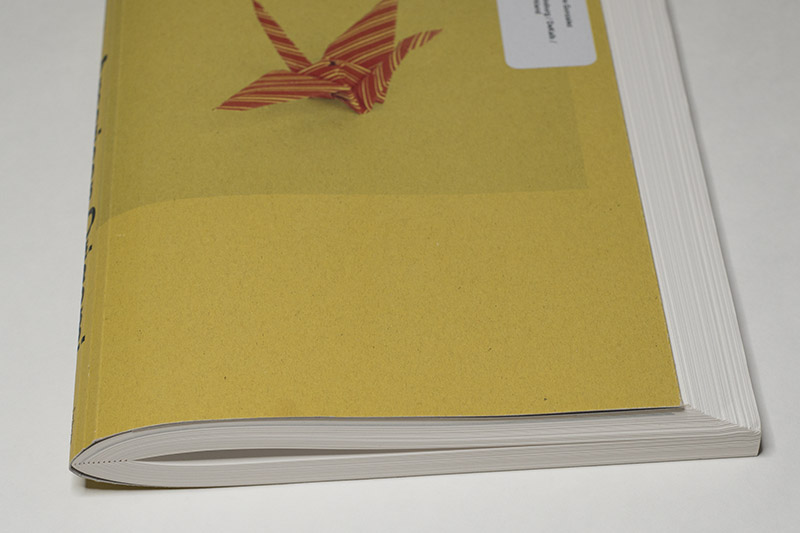 In the case of America Origami, the very clever binding actually manages to highlight the photography even more (Monsanto is a much more classical production). The book is side stitched, and the pages were then folded, resulting in a triangular spine (see picture above). The publisher describes this as “staplebound reversed gatefold”. This produces for a book that’s very slightly awkward to handle. The viewer can look through the book normally with two hands and no other support. If s/he wants to look at the initially hidden parts, s/he will require some support, whether her or his lap or a table.

Now, whether or not it’s actually worthwhile to engage in the process of unfolding isn’t clear to me. After encountering the umpteenth photograph of a document or letter, I simply stopped looking at the interior. That’s the thing with elaborate constructions like the one used here: the resulting effort to look will actually have to be worth it for the viewer, and I don’t think it is. Seen that way, even the folded binding itself might be questioned.

It gives me no pleasure writing these comments, because as I noted, the topic covered in the book is important and relevant enough. In fact, I probably don’t have to explain why one would need to worry about mass shootings. The reality is that in the time that will pass between me writing this article and me publishing it, in all likelihood there will have been another one: “The total number of deadly mass shootings in the United States in 2019 comes out to an average of one every 13 days.” (source) In every other country I know this fact would be considered as a major problem that needs to be solved as quickly as possible. In the US, thanks to the gun lobby and the Republican Party, there are “thoughts and prayers”.

Now, how does one tackle mass shootings photographically? When they happen, the visual diet has by now been clearly established: there are pictures of police tape, survivors walking out with their hands up (as if they needed to be traumatized even more), relatives and/or friends embracing and crying, make-shift memorials, and politicians giving a press conference. That’s it. None of these photographs obviously have the power to communicate what a mass shooting really means — a problem that war photographers know very well. 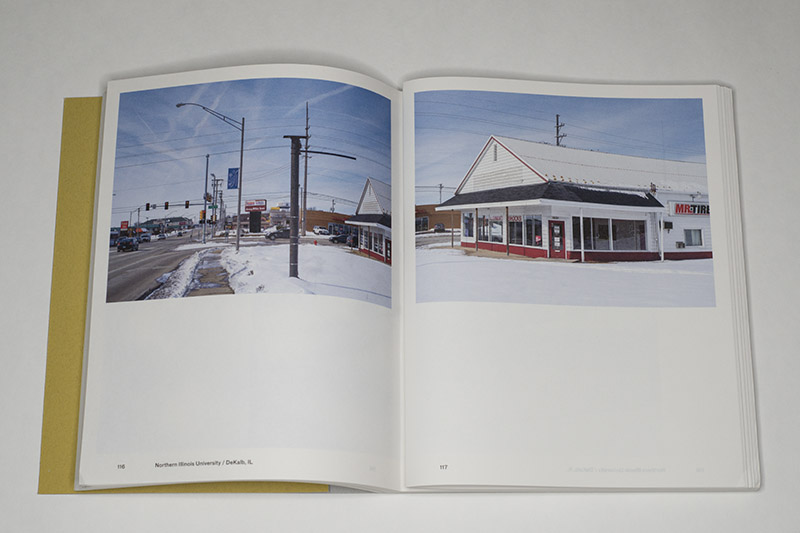 How then do you tackle mass shootings after they happened? Gonzalez solved the problem by photographing locations and objects such as letters. In theory, that’s a good idea. But photographing locations runs into the problem that the built environment in the US actually is visually mostly not very interesting at all, whether it’s the malls that look the same everywhere, the houses (ditto), or the public buildings (ditto). So there runs a thread of a sameness through these pictures, which on the one hand communicates that these shootings are just very common. On the other hand, it’s a stale visual diet, which prevents the viewer from engaging more deeply.

If these photographs covered a different topic, maybe their message would be different. But for such a loaded subject, locations such as Littleton, CO (Columbine High School) or Newtown, CT (Sandy Hook Elementary High School), this viewer has felt himself being frustrated about how mute the photographs are. Of course, they are mute because that’s what photographs are: pictures show surfaces, but they can’t portray emotions. Still, if there is any urgency to these pictures, then I’m not made to feel that. And that’s what gets me.

In the book, there are a few attempts to insert the human presence that’s so sorely lacking in most of the photographs (no, pictures of people’s belongings do not introduce that presence). There are short sections with two portraits (in black and white) plus transcripts of longer interviews (there are also speeches by various presidents reproduced). Here then are the human voices. This is good, and it mostly follows ideas used by Svetlana Alexievich in her books (where interviews are condensed into long first-person narratives, with the questions in between removed). 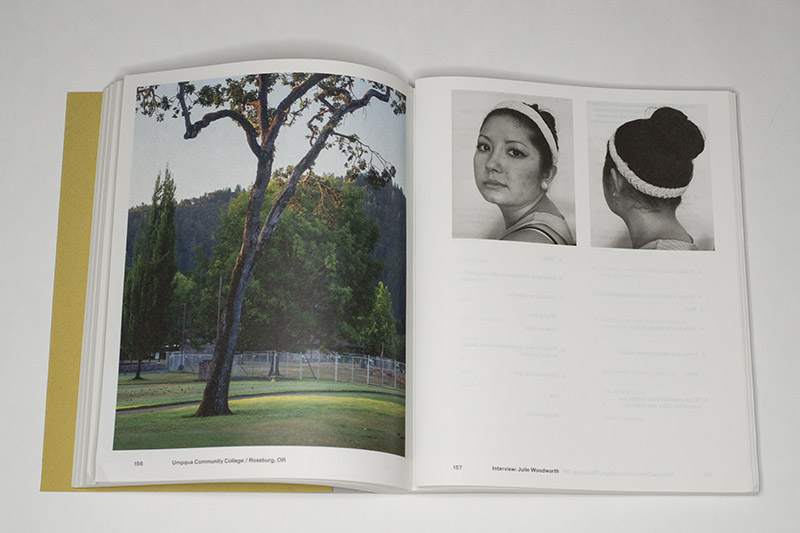 But why are there so few people in the book? Where are the portraits of people? If I have wanted a human presence in a photobook, here I find myself wanting it as much as I possibly can. It’s not even that I need to see people somehow connected to the shootings (that would be very documentary-style thinking). Any of us could become connected to a mass shooting today, tomorrow, or the day after — if we’re unlucky enough to be in the wrong place at the wrong time, when yet another mass shooter — in all likelihood a young, white loner — gets out his arsenal of military-grade guns (not so indirectly courtesy of the gun lobby) to go about his business.

Maybe this all comes down to expectations: what exactly is a photobook about mass shootings to do? What is it supposed to tell us? How can that for which words escape us be shown, be told? I don’t know. What I do know, though, is that a huge topic like mass shootings — the mass murder that has become so common in the US — asks for a bold response, a response that I find lacking in America Origami in every aspect except the book’s form. Crucially, the book’s inventive binding cannot conceal the lack of such boldness in the photographs.

Contemporary photography with its often reduced visual elements and its deadpan aesthetic is good for a large variety of things. But it’s also really bad for a variety of others. Unfortunately, this includes mass shootings.