In The Possible Life of Christian Boltanski, an extended conversation between Catherine Grenier and the artist, Boltanski addresses his motivations for his Inventoires (1973):  “The Inventoires say nothing about anyone. Their only interest is that anyone who looks at them sees his or her portrait in them, since we all own pretty much the same objects […] At the time I was strongly influenced by ethnology museums […] and by the idea of looking at our everyday life as if it were an uncivilized world.” (p. 72) It is not difficult to observe the state of the world right now and come to the conclusion that it is indeed very uncivilized, becoming ever more so with every passing minute.

That consideration aside, Boltanski’s claim runs counter to what we all would want to believe, namely that a collection of objects will tell us something, possibly a lot, about the person (organization, larger entity, …) that brought them together. Not so, according to the artist: “The Inventoires are based on the idea that the minute you put a pipe into a display case, it stops being a pipe. Everything you try to preserve dies, and as soon as you try to ‘freeze’ something, you kill it. My work with photography is related to the same notion: trying to freeze an image is a process associated with death.” (p. 73) As is obvious — particularly since René Magritte — a picture of an object isn’t the object just like a map isn’t the territory.

As a species, we are hardwired to cling to representations if not actual objects that have meaning for us, with that meaning tied to something — usually some form of knowledge — that usually is not visible and/or accessible in any way for an outsider. This is, of course, what makes photography interesting. If photographs really were only the technical artifacts that on a very base level they are, they’d be dreadful entities to deal with — interesting possibly only to scholars and those few dedicated amateurs who somehow find deeper meaning in what the rest of the world considers to be utterly pointless. 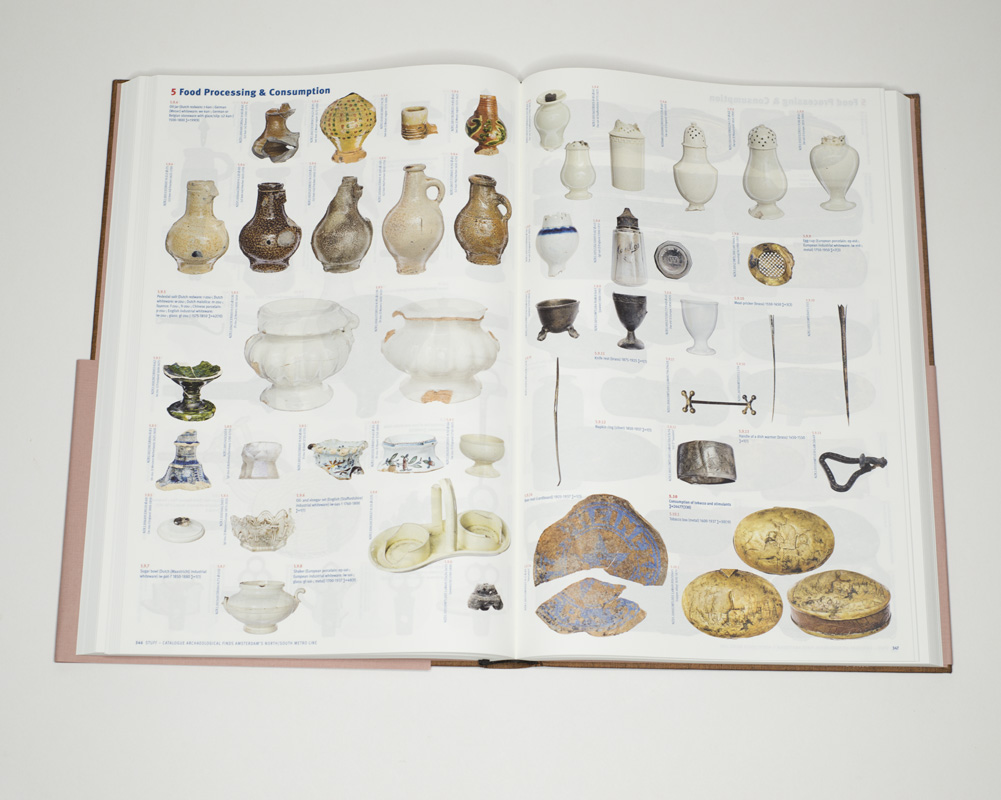 With its 600 pages, the book has a lot more pages than, say, Taryn Simon’s Birds of the West Indies, which is a veritable brick of an object. But XXX Stuff relies on a much thinner paper stock (custom made for the book I was told) and a much more refined design. Thus despite its heft it doesn’t necessarily feel heavy or overbearing. Instead, the paper stock has the pages become quite delicate, which forces the viewer to treat them with respect (unless s/he wants them torn right away). In addition, a printing using five inks (there’s an added Pantone blue forall of the text) makes for a overwhelming amount of detail. This is, in a nutshell, how you want to treat such a catalog: you want to overwhelm the viewer with a plethora of enjoyment and not by throwing a brick into their lap.

Photographically, there isn’t much to say about the book. The photography is extremely competent and it was produced with the end result in mind: where an object would benefit from being seen at more than one angle, it is shown accordingly. In fact, each object is fully identified, dated, and added to its own group. On page 408, for example, the viewer gets to see a group of medieval chain mail, which ranges from a single loop (made of brass) to a variety of larger pieces, one of them (made from iron) little more than a clump with some pieces still loose.

Said chain mail sits alongside pottery shards, discarded or lost credit cards, coins, and an incredibly large variety of other stuff, forming… well what? In some way, each and every one of the many items in this catalog at some stage was tied to one particular person (or animal) who (which) for whatever reason found her or himself (itself) in or near the particular spot where later her or his lost belonging (or body part) would be found. Taken together, the objects describe in an incredibly detailed way the history of the place, Amsterdam, a major European metropolis and trading site. 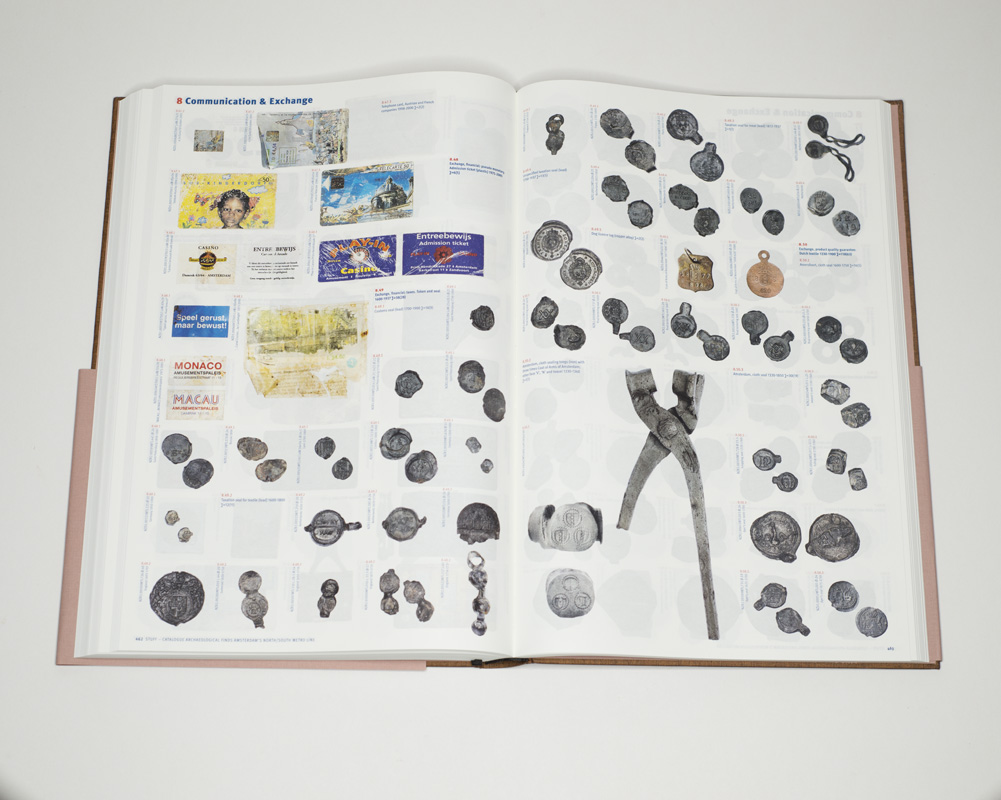 Coming back to Boltanski’s desire of “looking at our everyday life as if it were an uncivilized world,” this sentiment might feel odd — don’t we attempt to do the exact opposite when amassing collections? What other are collections than such eventually futile attempts, based on enlightenment-era ideas that, yet again, have come under attack not by its own internal contradictions but instead by those whose exercising of power is at odds with civilized life (think the current occupant of the White House and his posse)? Are we, in other words, trying to kid ourselves when assembling such collections?

In this particular context, the city of Amsterdam, a place that I should add I am incredibly fond of, there also is the history of the Wunderkammer, in particular the collections of Albertus Seba and Frederik Ruysch (who both sold part of them to Peter the Great who built his Kunstkamera). While many of their ideas have now become established parts of the sciences (that routinely amass their own Wunderkammers), I think we all share Seba’s and Ruysch’s original impetus. Certainly many (most?) photographers do, who, I have found, like to collect things, usually going beyond what one would consider to be reasonable. But then what’s reasonable in this context anyway?

In Flights, a masterful novel by Polish author Olga Tokarczuk that weaves together a variety of seemingly unrelated topics (traveling, human anatomy, desire, and more) and which itself is a literary Wunderkammer of sorts, Ruysch’s Amsterdam makes an appearance. In one episode, part of his collection has just been sold to the Russian tsar, and his daughter goes to the harbour to watch sailors load vast parts of her own work (that she is going completely uncredited for) onto ships. It’s a truly heartbreaking moment, in which Tokarczuk manages to convey the importance we tie to collections. 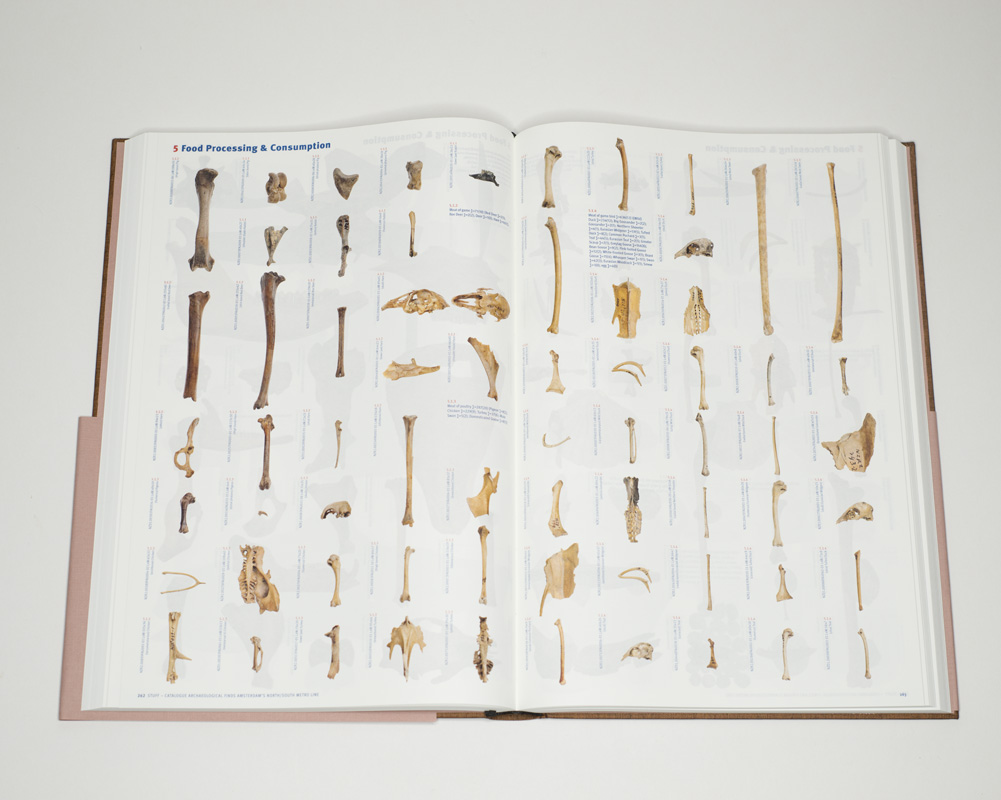 I can’t help but suspect that even a Christian Boltanski would be amazed by what this book has to offer. Highly recommended.