In Hiroko Oyamada‘s The Hole, the main character, a young woman named Asa, quits her job as her husband gets transferred to the countryside. They end up living right next to his parents, with Asa having nothing other to do than being at home, tending to the household. Slowly and steadily, the world collapses around her. Ultimately, she discovers she’s falling into mysterious holes.

In contrast, Keiko, the main character in Sayaka Murata‘s Convenience Store Woman, has decided to eschew what she perceives as the trappings of married life, to remain happily dedicated to working in one of the many, many konbini stores in Tokyo, mingling with a small number of social outcasts and young students on their way up the employment ladder. Her family and friends can’t understand what they see as Keiko’s lack of ambition combined with an unwillingness to be a good Japanese citizen.

Natsu, whose life Mieoko Kawakami describes in Breasts and Eggs, is Asa’s and Keiko’s kindred spirit. Initially an inspiring writer and later a published one who is slowly working on her second novel, she observes her sister and niece attempting to deal with what it means to be a woman in Japan. In the end, Natsu decides that she wants some of what also is expected (a baby), but she wants it on her own terms (so she finds a sperm donor). 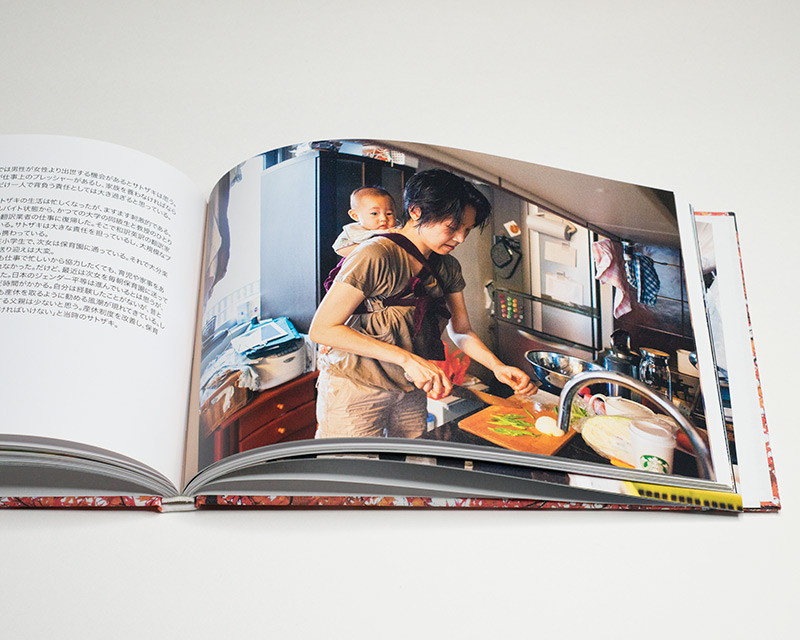 Sarah Chihaya probably describes the conundrum faced by all of these characters best in her review of Breasts and Eggs: as a woman in Japan (and beyond), how do you live your life when you “may not want anything from a world that may not have anything to offer”? As neoliberal capitalism crushes our societies, more and more people are finding themselves in this position. But women have always been there (as have other groups).

In the latest Global Gender Gap Report, Japan occupies rank 121, making it slightly more equal than Kuwait and slightly less equal than the United Arab Emirates (the United States occupies rank 53, Germany barely made it into the top ten at rank 10).

When, for example, Yoshiro Mori, a former prime minister, as head of the Tokyo Olympics said that it was annoying that women talked too much in meetings (sadly I’m not making this up, but at least it ended up costing him his job), that was just one of the many, many occasions where Japanese women had and still have to deal with the fact that they’re essentially second-class citizens in their own country. 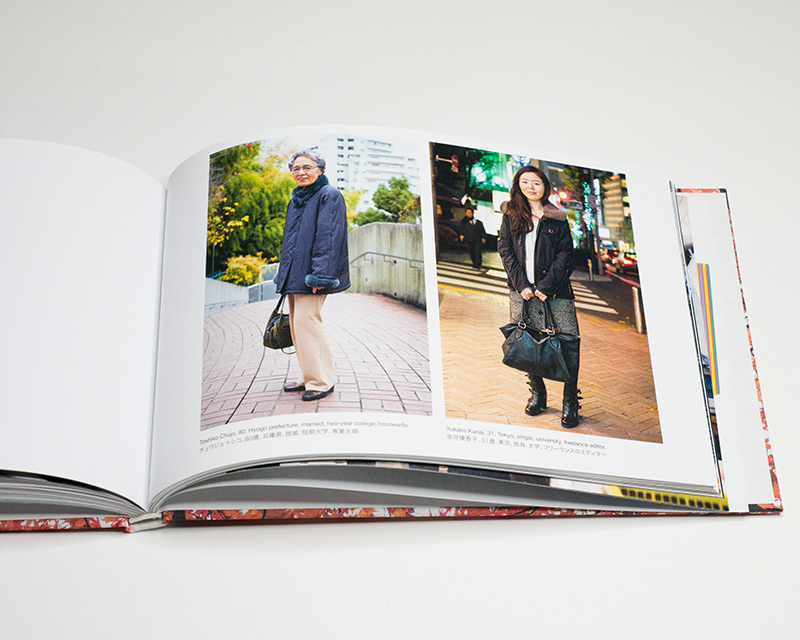 For her book Good Wife, Wise Mother, Anne-Stine Johnsbråten travelled to Japan to photograph a large number of women and to record their voices (you can find the background of the book’s title here). The book mixes a variety of approaches, which makes for an engaging experience for the viewer (and reader). There are many scenes from daily life, photographed in such an immersive way: as a viewer, you’re right there. The street (or public) scenes are maybe a little bit less surprising than the photographs taken in people’s homes. The intimacy on display there is very touching.

There are many full-length portraits of a large number of women whom the photographer encountered in the streets. For each of them, their name, age, family status, education level, and profession are given. These photographs often feel and look like they arose from brief encounters. But it is exactly this aspect that makes for a genuine experience.

In addition, there are quotes by some of the women who were portrayed. For example, Terumi Someya who works at a grocery store is quoted as saying “I think I have a certain level of freedom. At my workplace, our labor union in quite influential and that enables us to have good welfare plans such as maternity leave. However, I’m not happy about our promotion system after taking a maternity leave.”

For a small number of women, more detailed descriptions of their life situations are provided that at are being re-visited. In 2012, Manami Sawa had big plans for her future. Four years later, the plans are still big. Yet she divorced her husband because she wanted children (her husband presumably did not), and now considers moving to London along with her British boyfriend. Kanako Satozaki was on maternity leave in 2012. In 2016, she’s back at work at a translation agency she co-founded. But there is the issue of taking care of the children. “My husband works a lot,” she is quoted as saying, ” and hasn’t been very involved in the upbringing of the children, nor the housework.” 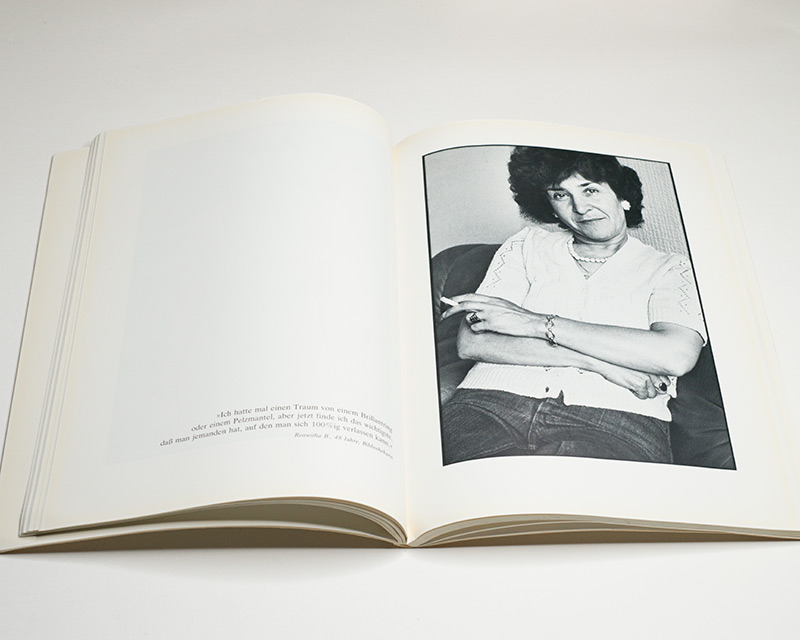 Part of Good Wife, Wise Mother reminded me of Eva Kroth’s Ansichten von Frauen, first published in 1977 (in Frankfurt/Main, then West Germany). In that book (now out of print, but relatively easily available to buy online), portraits of a large variety of women were paired with their names (first name only, last name abbreviated), ages, professions, and a (very) short quote. This is a very effective device.

For sure there is quite a bit of crosstalk between the 1977 West German women and their sisters in contemporary Japan. There’s much to be said for hearing what people have to say for themselves, and what they express in which manner — whether it’s in the form of direct quotes or in the larger form of the novel.

Even though it uses a very different photographic approach and format — an art book as opposed to a documentary one, Roxana Savin‘s I’ll be late tonight dives into the lives of a group of women to reveal another world that may not have anything to offer: a gated expatriate community in Russia (photographed over the course of eight years). 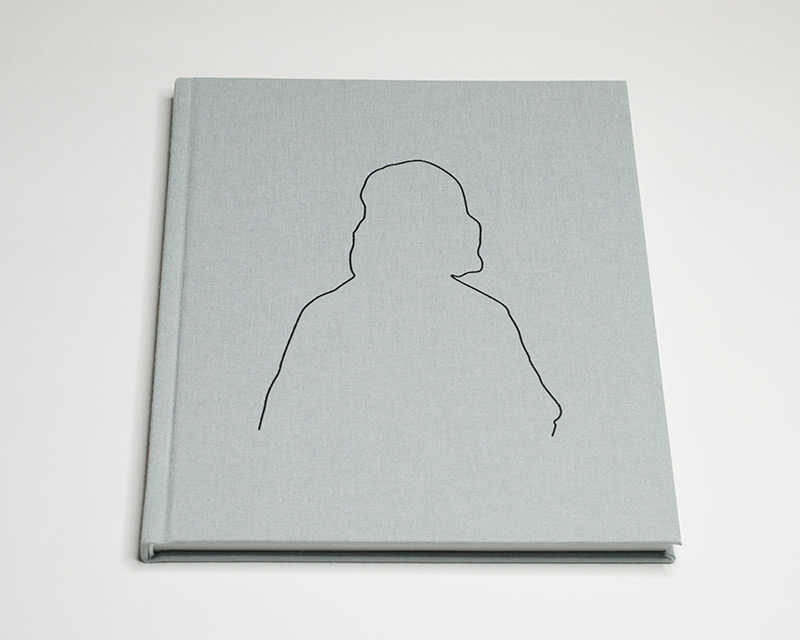 If as a viewer you didn’t know anything about this background, I suspect a first, sound assumption might be that what is on view is a cult. All the women are photographed in gray, barren locations — as if ornamentations of any sort were to be rejected, for whatever reason. Even where there is a Valentine’s Card on display, whatever pre-manufactured (and possibly strained) sentiment it is designed to deliver is being snuffed out by its environment.

The women don’t even look unhappy. They’re one step further: they look resigned to the situation they found themselves in, their only role being to maintaintidy and completely lifeless surroundings: doing laundry, cleaning up, taking care of the children and of the provider (what an ugly word) who, inevitably, is always absent. There are short phrases here and there, whose sheer utility only amplifies the complete lack of an even minute feeling of ambition. Whatever world there might be outside, it’s an uninviting, literally cold place: there’s snow everywhere. 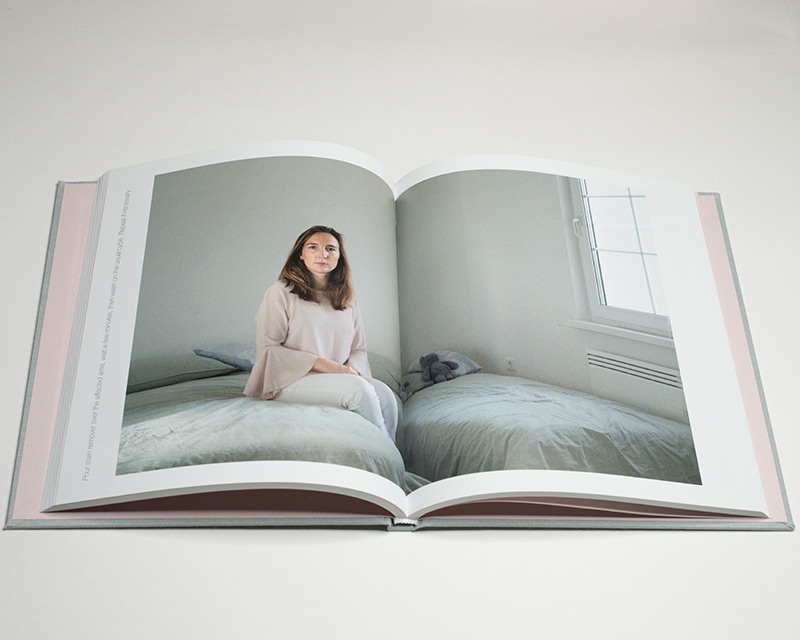 Ordinarily, the fact that the portraits look a little posed actually works towards the general theme of the book. It is as if the photographic artifice was made to contribute to the overall feeling of control: take your place, and don’t be anything other than who (or maybe what) you’re told to be. What a sad way of having to live life!

As I think should be clear by now, these two seemingly so different contemporary photobooks center on the same thing: on the lives of women who despite this being 2021 are far from achieving the equality that they have been promised for so long.

In a way, there’s a lesson here in terms of how we approach photography itself: many of those distinctions that we make — what some work is or where or how it can or should be seen — are ultimately not very productive.

I could even include the three novels I mentioned at the very beginning. While the characters they present are fictitious, their world is our world. Or rather, their world is the world that women have to live in every day (I’m obviously writing this as a man whose access to that world is in part provided by reading and/or looking at these books). 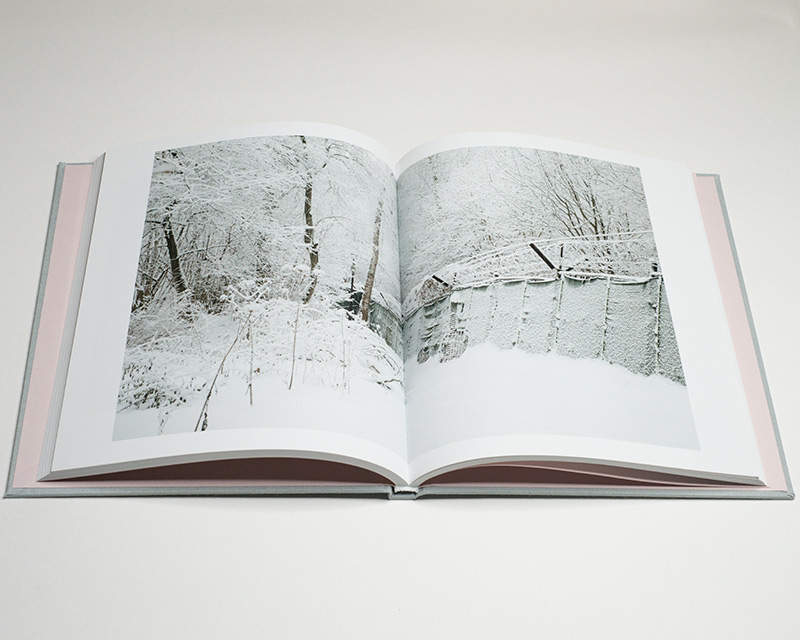 I can’t help but feel that with our insistence on maintaining differences between documentary photography and art photography, or between non-fiction and fiction, we produce distinctions that are useful in some ways and harmful in others. After all, in how many more ways do we have to be told that gender inequality — and that means everything from worse pay for the same job to a lack of professional opportunities to a lack of basic respect etc. etc. etc. — is real, and it won’t go away by us (and yes, I’m mostly looking at my fellow men here) paying mere lip service to the ideals we’re violating every day?