During my most recent trip to Berlin, I ran into Joachim Brohm at an opening of an exhibition some of his photographs were part of. I have been enjoying his book Ohio

ever since it came out a few years ago. Plus, they also had copies of Ruhr

on sale, which I had been looking for (some of those photographs were at display right there). I had always wanted to ask Joachim whether he would be interested in an interview, and much to my delight he was.

Jörg Colberg: I’d like to start with a very simple question. Imagine you had to explain what you are interested in and how you work as a photographer, addressing someone who doesn’t know your pictures and who also doesn’t know photography well. What would you say?

Joachim Brohm: I’m interested in aspects of the world as they appear in our everyday environment. Using photography I look at places and marginal areas with all their seeming lack of significance or even irrelevance. I often photograph them multiple times, over longer periods of time, and I work on projects. The process itself that this work entails is important, because the photographs develop from the experience of seeing, and not from a single moment. This results in bodies of work and/or archives, the full extent of which are shown in the form of exhibitions or books.

JC: What does this mean for the individual photograph? Does it make sense outside of the framework ‘project’? Or can you only understand it when seeing it in relation to all the other photographs from the project?

JB: Usually, the work follows criteria that are defined either through a subject matter or formally, whether it’s a project or not. That way, the eye becomes sensitive to specific qualities when perceiving reality. In that sense, each individual photograph is the result of preceding images and experiences, and it also develops a perspective for the ones coming after it. Throughout this process I pay careful attention to the qualities of each individual photograph, which is made and selected very carefully. 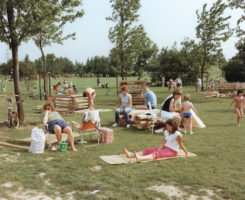 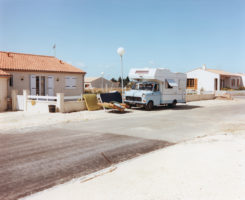 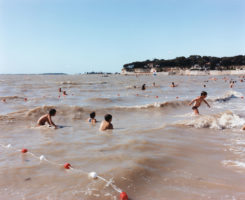 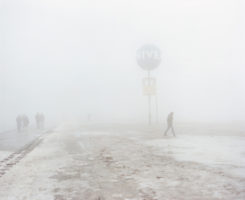 JC: I started that “simple” on purpose, because when someone sees a Joachim Brohm photograph, your signature style seems very apparent right away, however one would want to define it. How did you arrive at it when you started out? How did it form, and what difficulties did you have to struggle with?

JB: Initially, developing a so-called signature style was not my intention, but it developed over time from various specific artistic interests. Difficulties lay mostly at the beginning of my career, because at that time such an image language was new in Germany, and it got rejected even by my early teachers.

I think that my bodies of work keep evolving. I’m not interested in cultivating one specific style. Instead I am interested in practicing my work in a lively and artistically authentic manner, which always includes breaks with the past.

JB: Changes always result during the process of working, if you bring a certain openness to it. Someone who is aware of her or his own work, who also studies intermediate results and who makes decisions for or against approaches to individual images will automatically gain new criteria that might deviate from previous ones. In addition, there is knowledge gained along the way, there are changing interests, new experiences, specific conditions of work etc. You have to be pretty stubborn to be able to repeat yourself all the time! The fact that one is getting older certainly helps to be more relaxed concerning the work. You don’t have to prove yourself all the time any longer, and you should be able to make decisions more easily.

Changes always result during the process of working, if you bring a certain openness to it. […] You have to be pretty stubborn to be able to repeat yourself all the time! – Joachim Brohm

JC: When reading about you some topics re-occur frequently, such as colour photography and art or the influence of American artists. To what extent was there an influence before you went to spend a year in the US? Which photographers were you aware of, and in what way did their work inspire you?

JB: One of the first and most important books for me was Renato Danese’s American Images: New Work by Twenty Contemporary Photographers

, published in 1979. Studying the work of Robert Adams, Lewis Baltz, William Eggleston, Frank Gohlke and also John Gossage, Joel Meyerowitz, Nicholas Nixon, and Stephen Shore allowed me to define and refine the criteria of my work. When I attended Michael Schmidt’s Werkstatt für Fotografie in Berlin-Kreuzberg I was able to meet some of the protagonists in person. I also saw exhibitions or discussed the work with other people. At the beginning of the 1980s, this all motivated me very much.

JC: And then there was the year in the US, in Ohio. There is the book, which I always thought had been overdue. To what extent did the stay in the US change your artistic perspectives and positions?

JB: I went to Columbus, OH, to learn more about the history and theory of photography. I studied for one year with Allan Sekula and Jonathan Green. My own work from Ohio is more like a side product. It just happened, when I photographed my new environment. I had never been to the US before, but I knew a number of books or projects of photographers I liked. Back then, I was reminded quite a bit of those other projects when making my work. My book “Ohio” was then published 25 years after the pictures were made – a pleasant experience!

JC: Did the experiences you gained from photographing in Ohio change your view of, let’s say, Germany and how to photograph in Germany?

JB: My view of photography itself had been broadened. But this was more through the theoretical and historical studies and less through making my own pictures. In 1984, Allan Sekula’s Photography Against the Grain was published, as was Jonathan Green’s American Photography – A Critical History 1945 to The Present. As a student, I was involved in discussing the books of my then teachers, both with fellow students and with the authors themselves. These books have remained crucially important till today. It was a very productive and lucky situation, which, I’m sure, also changed my view of the situation in Germany. 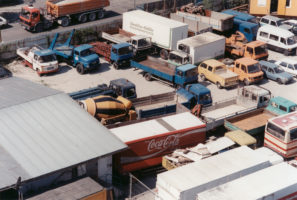 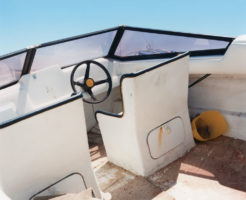 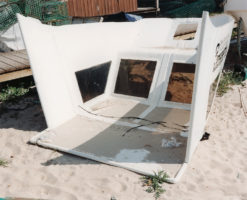 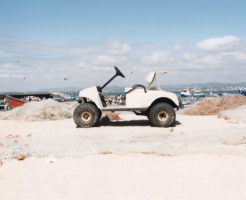 JC: Now, in the second decade of the 21st century, photography, yet again, has evolved. How do you view these recent developments, especially given you have been teaching photography for a while?

JB: The type of photography I teach is part of the fine arts. The medium itself is marked by its enormous potential of different types of use and appearances, but also by a marked trivialization. The history of photography as a singular medium has come to an end. I think it is problematic to try to merely continue using old notions and ideas. The challenge our students face is to position themselves artistically straight away. That’s not an easy task, and it involves having to make more decisions than when I was a student. At the same time, it’s also very exciting!

JC: You mention trivialization. I’d like to learn more about that. In what sense and/or how has the medium become trivialized?

JB: More than ever photography has become a widely accessible and understood mass medium. There is a camera in every cell phone, photography is all over social networks, it is present in numerous online archives, and you can access it digitally pretty much everywhere. Nobody has to know anything about photography to be able to use it. Instead, it’s there, and it doesn’t cost anything any longer. I don’t have a problem with that at all, but of course, this poses questions, such as: what exactly do you study when you study photography?

JC: So what do you study when you study photography?

JB: That’s something every potential student should think and get informed about carefully. There is an infinity of ways how photography can be used, and many of them are now embedded in other types of media. I already mentioned that the history of photography will not just continue the way it has evolved so far. This includes a fundamental change in photographic practices, which are constantly expanding and creating new connections to other media.

At different universities, fine-art photography is already being divided into different types: still versus moving images, time-based media, documentary concepts, archives, biographical research etc. What is more, there are programs to study applied photography, photography design, journalism, there are private school, academies, and there are some degrees whose usefulness seems questionable. This is a confusing situation, as a result of which many institutions will have to re-think the content and goals of their programs to be able to participate in recent developments!

The history of photography will not just continue the way it has evolved so far. This includes a fundamental change in photographic practices, which are constantly expanding and creating new connections to other media. – Joachim Brohm

JC: Would you say that the medium’s enormous potential is being used by artists, or are there things left to be desired for you? Which photographers do you enjoy looking at right now?

JB: I wouldn’t want to assume I have a good answer for that. But artists certainly were among the first who investigated the possibilities of digital technologies in photography. Think of, for example, Thomas Ruff’s series “Houses,” begun in 1987, which already included digital “optimizations.” Today’s spectrum of photography-based processes and their applications are already being used widely in the area of fine arts. At the same time, there is a photography movement with a strong inclination to keep the good old, often documentary ideas of the image.