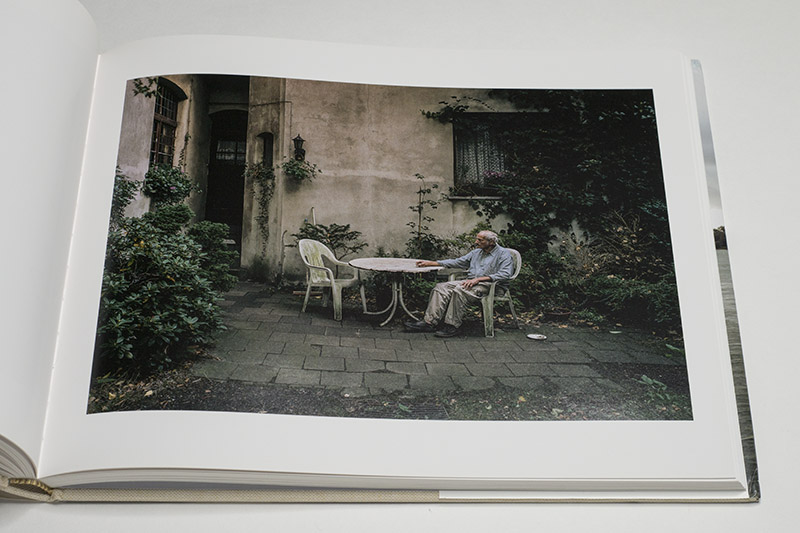 Roughly halfway through Laurenz Berges‘ 4100 Duisburg (available via this site), there’s a photograph of a man sitting at a table in a somewhat overgrown and disheveled looking backyard. Everything in sight is covered with layers of patina: the walls, the table, the chairs — the kind of generic white plastic chairs that are ubiquitous all over the world, even the plants, and the man himself. To say that he looks weary would be an understatement. He looks lost. If he has seen better days, then those are now relics of a very distant past.

Ordinarily, such a photograph would be a real bummer in most books. But here, it actually provides a sense of respite, given a relentless onslaught of images depicting an utterly brutal environment. None of the pictures actually show architectural Brutalism — named after the gratuitous use of raw concrete. But the houses on display were all built with such blatant disregard for human life that it’s very tempting to think of another form of brutalism: the erection of houses or buildings that are little more than containers for human beings — architecture itself giving physical form to an unforgiving, inhumane ideology.

The one thing actual Brutalism and this one have in common is that their surfaces don’t age well. I’m personally not a big fan of raw concrete — it’s a disgusting eyesore as far as I’m concerned. But concrete might be the one building material whose patina makes it look even shittier with time. The same is true for the buildings shown in Berges’ photographs: they all have seen better days, even though that term is relative, of course. 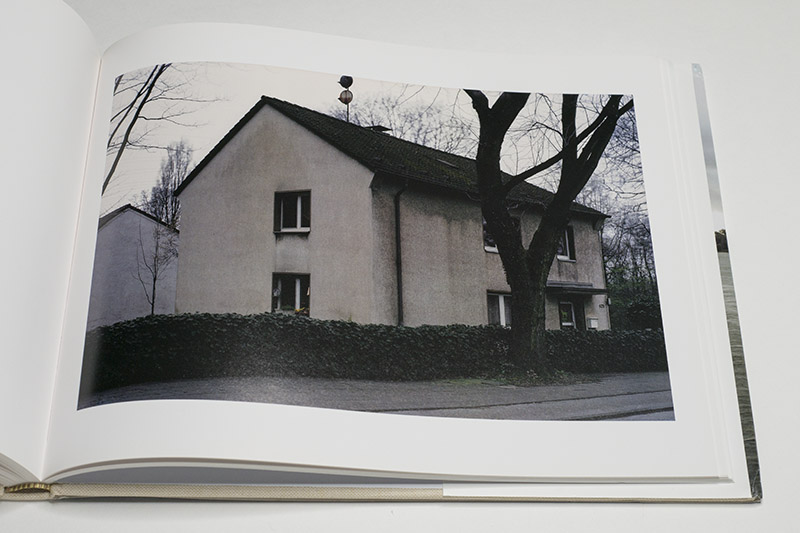 The building shown on page 137 (near the end of the book) might be a good example. Its squat shape makes it look as if it wanted to recede back into the ground. It could have more windows — there’s ample space, but it doesn’t. You just know that its basement — where tenants might store potatoes for use in winter — is perpetually chilly and damp. There’s the obligatory hedge running by and the equally obligatory tree out in front. There must be a list of chores in the main entrance where tenants are told when it is their term to sweep the stairs.

You don’t look forward to coming home to any of the locations shown in the book because of anything other than the fact that home is where your dwelling is. That was the main idea by the city planners who built such places: people were seen as more or less expendable entities, whose utility was exhausted by whatever their jobs might be. Outside of their jobs, they were of no interest to anyone — which, of course, often resulted in very strong communal activities related to the local football (US lingo: soccer) club and to going to the pub.

There was an instant pang of recognition when I saw the book’s title. The number refers to the old West-German zip code (which after reunification was replaced by a five-digit version). Duisburg itself, the city, I have never visited. But I remember hearing of the football team.

Football was — and still is — a big deal in Germany. I was never a fan (in general, I tend to stay away from anything that’s tribal), but it was impossible not to hear a thing here or there. With any of the clubs from the area — in principle it’s one quite large city that happens to be divided into many smaller ones, there would always be talk of the connection to the working class and to the various industries there.

I’m sure Duisburg has its attractions (even though I wouldn’t know what they actually are), but it’s not a location that features very high on the list of touristic targets in Germany. In effect, it could stand in for any of such locations that can be found in many countries in Europe and with some modifications beyond. 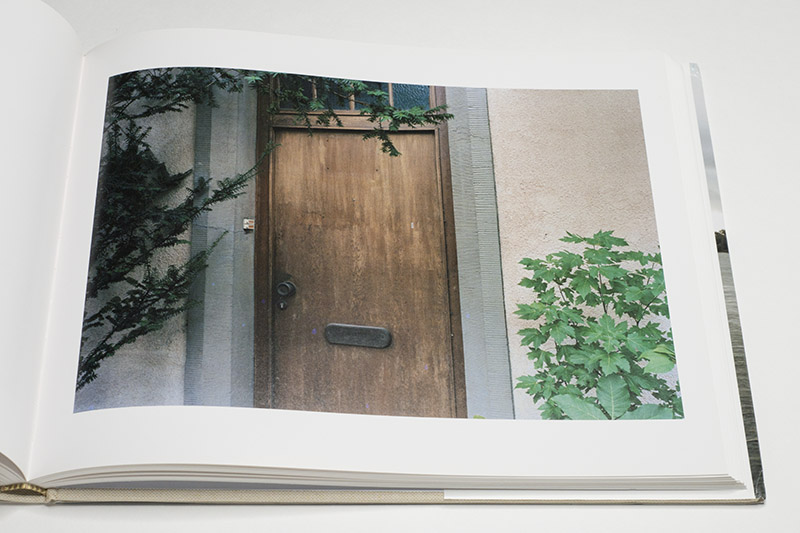 If Duisburg has its attractions, for sure Berges didn’t seek them out. Instead, he took his camera to these neglected working-class areas where every building looks like every other building, with the only difference provided by when they were built. He then trained the camera on the patina, the detritus, and unfortunately only very occasionally on people. In these areas, the difference between patina and detritus is often not that clear (art lingo — ugh: liminality), and that makes for good pictures.

That said, there is only so much that can be expressed with a picture of, say, a set of broken buttons that ring people’s doorbells. Unfortunately, in the edit, there are a bit too many of these — I feel as if the book would have been a little stronger with a stricter edit.

This misgiving aside, 4100 Duisburg speaks of how little human beings actually matter to those who have either the means or the power to build such environments. They might be a century removed from the completely unsanitary tenements that workers had to dwell in before. But they’re also a century or two removed from the environments that, one can hope, will provide truly meaningful accommodations for vast parts of society in the future (assuming global warming hasn’t made life on Earth more or less impossible).

I don’t know whether anyone not born into the West Germany that’s depicted in the book will get the same immediate reaction from the book. But I think once a viewer casts aside the impulse to attribute to what’s on view to Berges’ training at the Düsseldorf Academy, the universality of what these pictures talk about will become apparent. Capitalism is cruel, even when it is tempered by the German social-democratic model (which since reunification has been massively eroded).

That’s all right there in these pictures, in every grimy surface, in every bit of shitty patina layered on top of decaying building material. In principle, human beings have all the rights in the world to live a more meaningful and beautiful life, but they’re not getting it — and it really doesn’t matter whether it’s an Alfried Krupp or a Jeff Bezos accumulating the wealth instead.